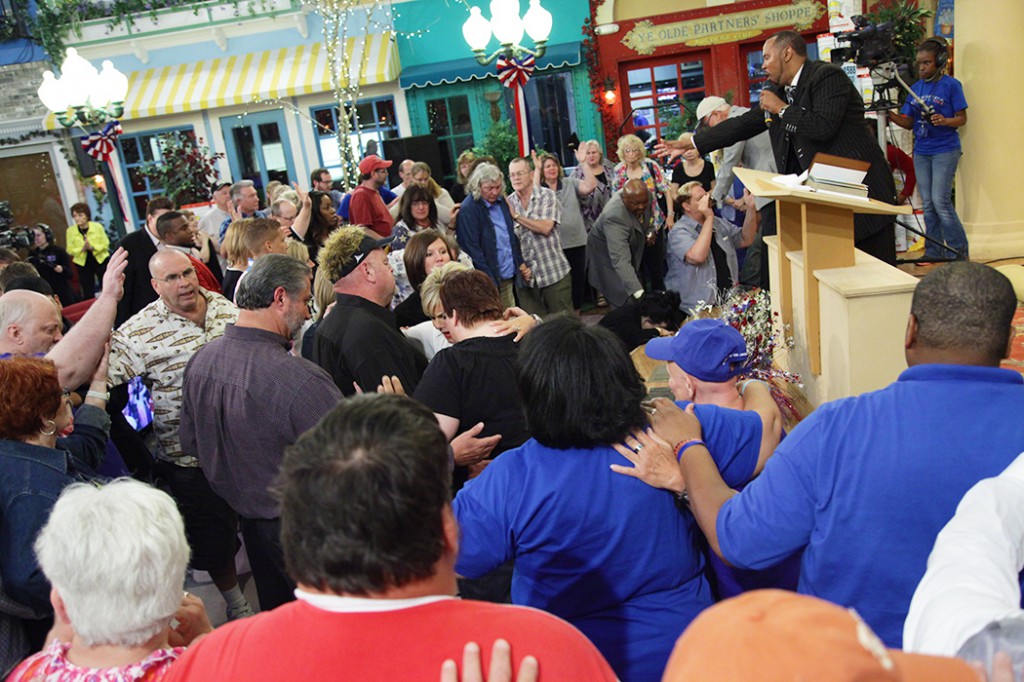 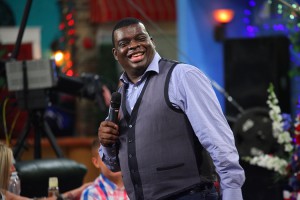 The 4th of July at Morningside never ends on a whimper.

Tonight was no exception.

The final night of festivities began with the soulful sounds of Paul Porter, who brought the house down with “My Redeemer Lives”. Paul is a living example of the powerful healing of God. In 1996, he suffered a brain aneurism that left him blind, silent and unable to walk. The doctors thought that he wouldn’t survive. But God wasn’t done with Paul…God had a powerful testimony to have spoken through this man.

But on Grace Street, he danced, pranced and waved his arms in celebration of the One who can heal all illness.

Paul shared about a time he was working with other Christian singers and saw divisions and dissension and realized the importance of coming together in love. He then premiered his new single, “Free”.

Pastor Jim took the stage and felt inspired to get rid of his baseball cap collection to raise money for Bishop Ron Webb’s ministry the Family Life Center. He even auctioned off the hat he was wearing at the L.A. Dream Center when he met Lori!

Kevin Shorey prayed for the offering and then introduced the worship team from Mt. Calvary Powerhouse Church in Poplar Bluff, Missouri. The Spirit flowed in waves through those on Grace Street bringing people to their feet in praise!

Bishop Ron Webb then stepped to the lectern and began to share with those on Grace Street. He asked people to turn to Judges 6 & 8 for his talk. As the power of the Lord fell on Grace Street, Bishop Webb had everyone coming to their feet in praise!

Here are some of the highlights of Bishop Webb’s sermon: 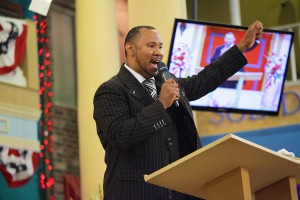 Don’t faint in the fight!

Judges is a powerful text as it applies to walking with God and not becoming weary in doing well. Paul said to not get weary because in due time we will reap if we fail not.

A reaping season is just around the corner for many!

Men need to always pray and to faint not!

The battles are going to come but we need to stay in the race and let the devil know that we’re not going to end the race until we’re done.

Before there’s any breakthrough there’s always a major attack.

When I get attacked, I start dancing because I know God is up to something wonderful!

Gideon is thrashing wheat in a wine press because he’s afraid of the Midianites. But an angel shows up and calls him a mighty man of valor. Because God sees where we’re going! You can’t let people size you up because they have your now mixed up with who will be!

When God speaks, he speaks into the future. He sees where we’re going to be.

Some of you are between a promise and a prophecy and all of you see is a problem. And God says you’re about to come out of this thing.

We count people…but God weighs them.

My first point is simply Choose Your Battles. Some of you are using your energy on your own fight. Don’t sweat the small stuff. Some fights are not worth engaging in. Never go into battle without bringing back spoils! There HAS to be something coming back for you!

Some of you are fighting for the sake of fighting! You need to stop!

Don’t worry about the critics!

You can’t take every phone call. You can’t read every text! You have to say that God has called you for such a time as this and focus!

My second point? Know who you’re fighting with!

Some of you are about to experience multiplication by subtraction! God’s getting ready to do more with less!

Abraham didn’t go to the next level until lost Lot because Lot held him down. You need to get rid of people in your life who are holding you back from God’s purposes in your life!

You can’t take their negative spirit with you on the next level! 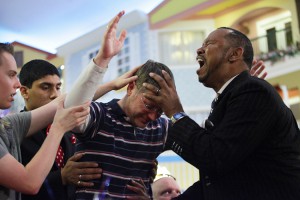 You might have to amputate some people from your life to get to the next level! You need to get rid of those who are fatal to your faith!

And finally, why does God reduce the Army? To show you that GOD IS GOING TO DO MORE WITH LESS!

This is not about us! This is about the will and the purpose of God!!

God says he’s about to send you help to prove to all of your enemies that God is with you!

If God said it, it WILL come to pass!

I want you to praise God right now as if everything you’ve prayed for has just happened!

I know you’re weary! But stand!

Let the devil know that he may have knocked you down but he didn’t knock you out by the grace of God!

One night I was driving a truck with Pastor Jim as we were heading to a community to help them rebuild after a flood and we thought our truck was running out of gas. And when we stopped a man showed up and said that he used to own a truck like ours…and that it had duel gas tanks! He reached under the dash, flipped the switch and we had gas! When you get down, you need to flip the switch because God has another tank for you!

You had to go through what you’ve gone through to arrive at this place. 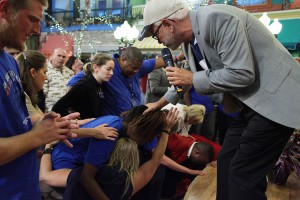 As he was ending service, Bishop Webb prophesied that Tammy Sue would having a healing ministry, traveling to have crusades where she will lay hands on people and bring healing.

He declared that no weapon would prosper against any believer in the house!

Then Bishop Webb opened the altars for those who needed a touch of the Holy Spirit. The floodgates opened…and for over two hours people prayed, prophesied and sang hymns of praise to the Lord.

One of the big prophecies centered around the Master’s Media students and program. Bishop Webb and Pastor Jim prophesied that the school would be a place where students would come to learn to be prophets. That students currently at the school will be receiving the gift of healing and are to pray over those who visit Morningside.

It was a powerful ending to the 2013 Fourth of July Celebration at Morningside.

One thought on “4th of July Celebration Ends With Powerful Words”