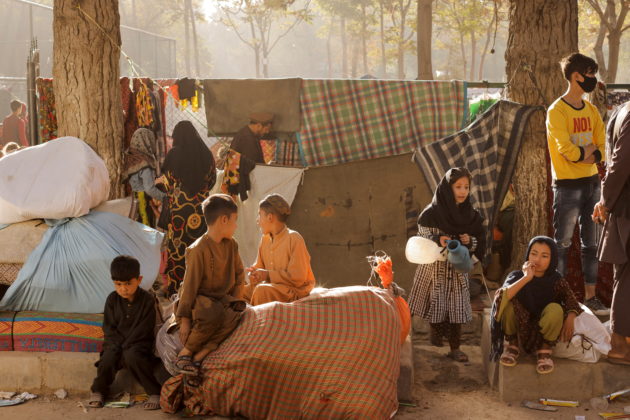 Afghan families, who are among displaced people fleeing the violence in their provinces, sit with their belongings as they prepare to return to their provinces, at a makeshift shelter at Shahr-e Naw park, in Kabul, Afghanistan October 4, 2021. REUTERS/Jorge Silva