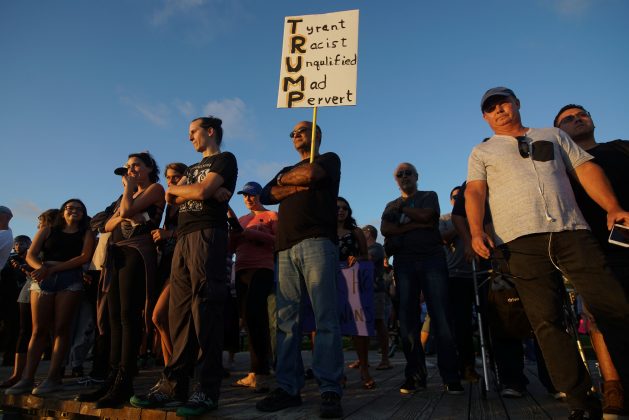 LAGUNA BEACH, Calif. (Reuters) – Anti-immigration demonstrators faced off against a much bigger crowd of counter-protesters in the Southern California town of Laguna Beach on Sunday, as police kept the opposing sides apart.

Around 2,500 people in total showed up for what became a raucous shouting match but did not descend into the kind of violence seen at this month’s clashes at a white nationalist rally in Charlottesville, Virginia, where one person was killed. 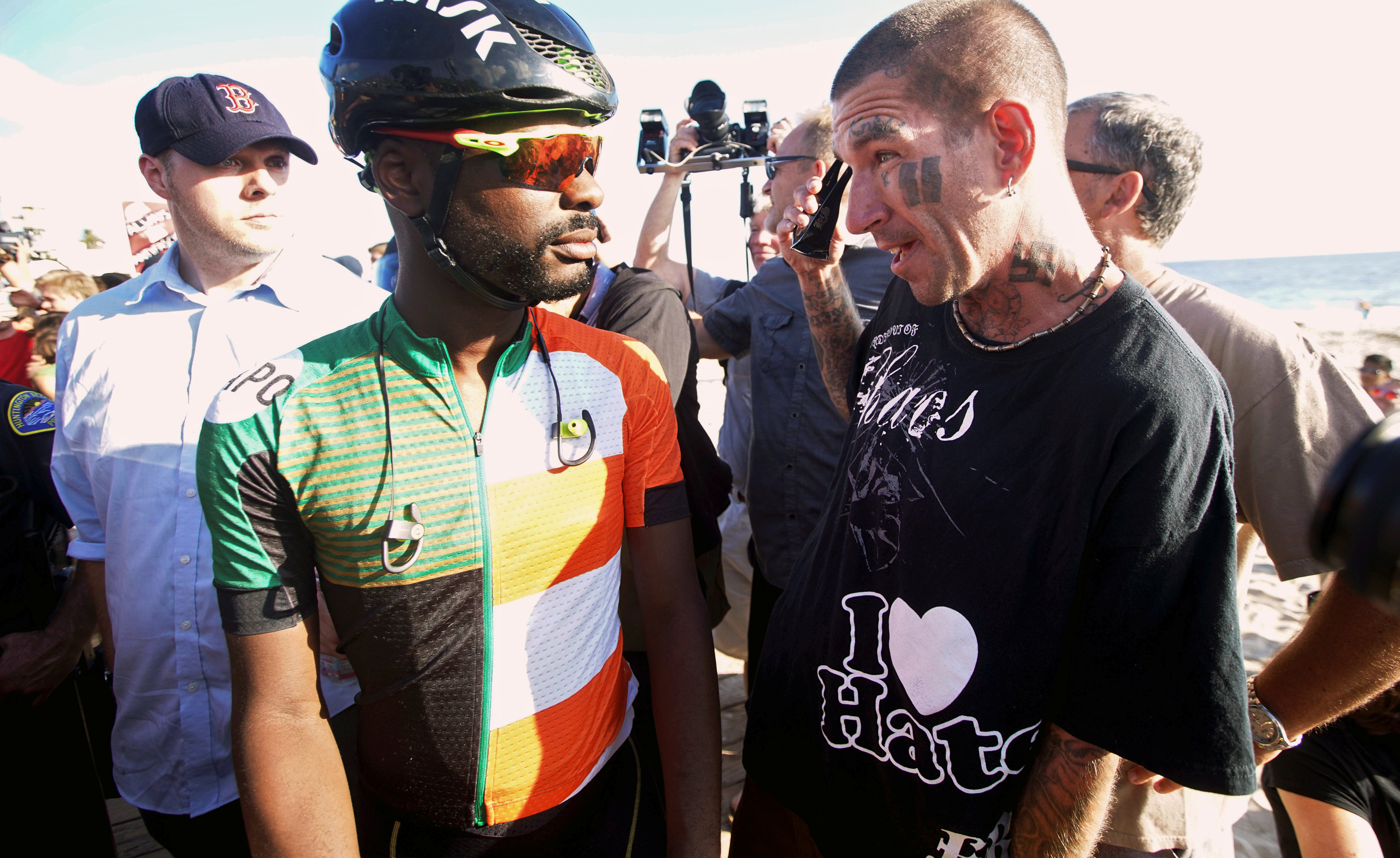 A demonstrator faces off with a counter-protester during an America First rally in Laguna Beach, California, U.S., August 20, 2017. REUTERS/Sandy Huffaker

Police erected barricades along the oceanfront to deter car attacks like the one in Charlottesville which killed a woman when a suspected white nationalist drove into the crowd.

“We are not a white supremacism movement but an ‘America First’ movement,” said Beverly Welch, 56, a health assistant protesting against illegal immigration. “We’re trying to save our country.”

Police later declared the remaining protesters an unlawful assembly and forced them to disperse. They made three arrests.

On Saturday, tens of thousands of people protested in Boston against a “free speech” rally featuring far-right speakers.