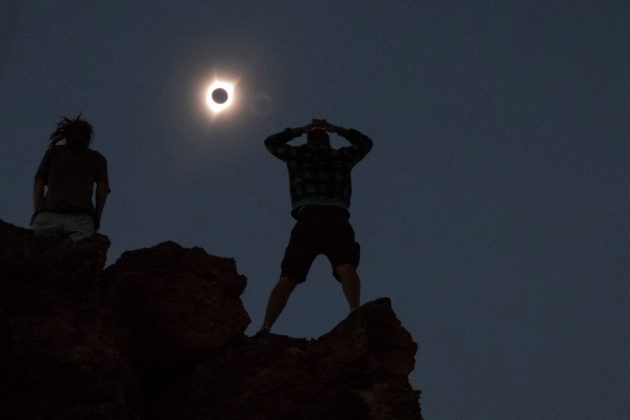 SHERIDAN, Oregon/CHARLESTON, S.C. (Reuters) – Millions of Americans looked skyward in awe through protective glasses, telescopes and cameras on Monday as the first coast-to-coast total solar eclipse in a century marched from the U.S. Pacific Northwest to the Atlantic seaboard.

After weeks of anticipation, onlookers from Oregon to South Carolina whooped and cheered as the moon blotted out the sun, plunging a narrow band of the United States into near darkness and colder temperatures for two minutes at a time. Even President Donald Trump stepped out of the White House to see the eclipse.

“It’s more powerful than I expected,” Robert Sarazin Blake, 40, a singer from Bellingham, Washington, said after the eclipse passed through Roshambo ArtFarm in Sheridan, Oregon. “All of a sudden you’re completely in another world. It’s like you’re walking on air or tunneling underground like a badger.” 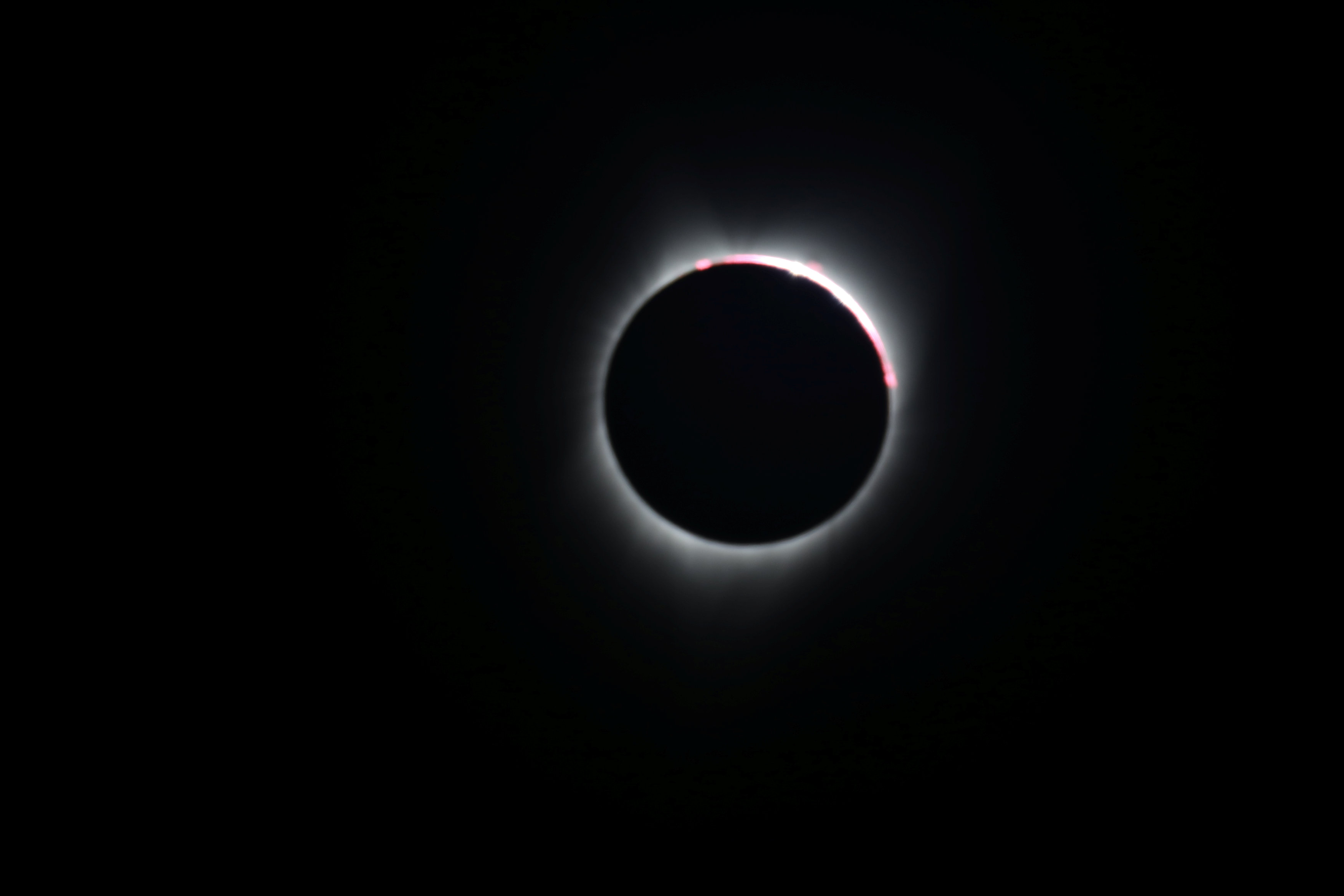 No area in the United States had seen a total solar eclipse since 1979, while the last coast-to-coast total eclipse took place in 1918.

The rare cosmic event was expected to draw one of the largest audiences in human history, including those watching through broadcast and social media. 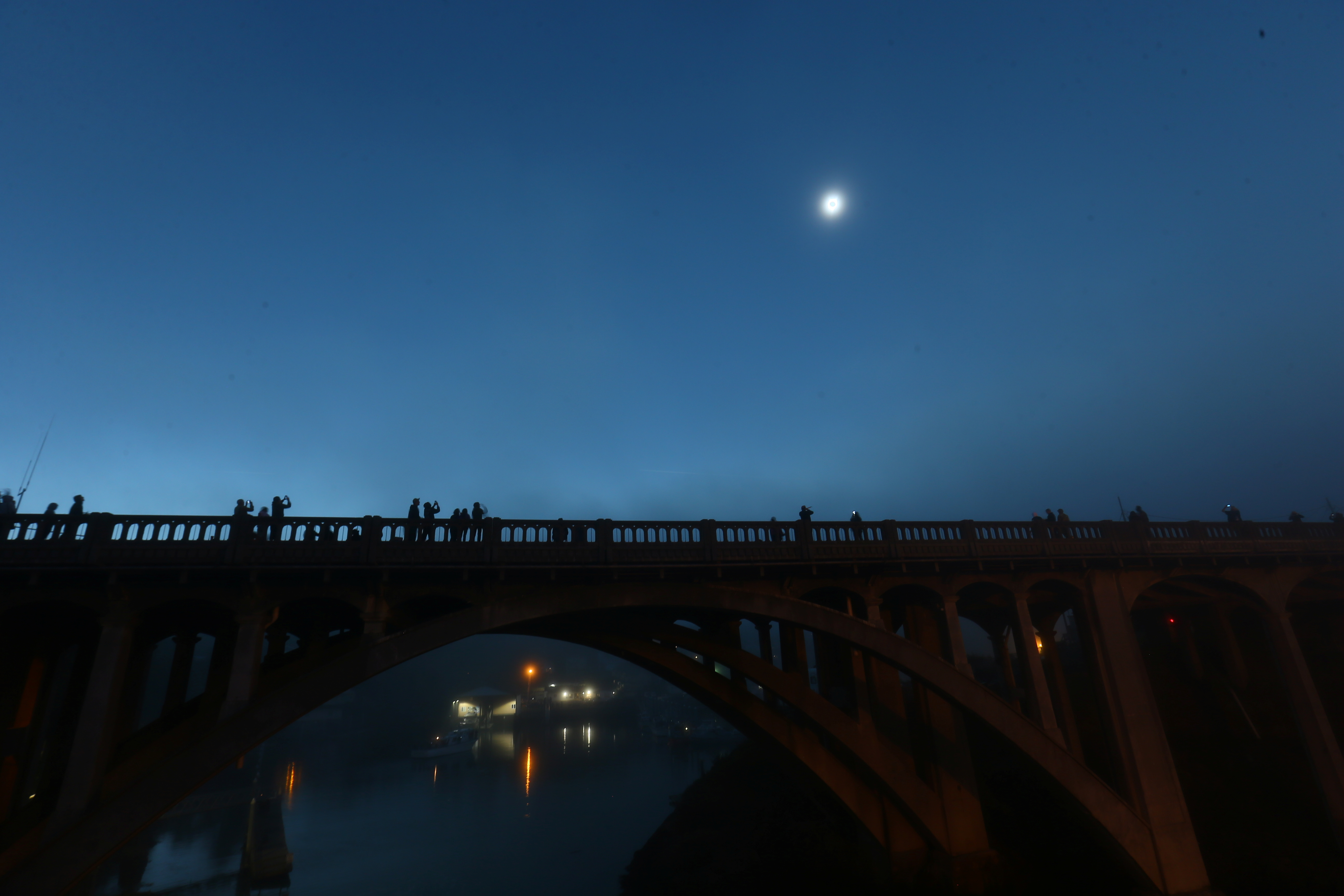 The eclipse first reached “totality” – the shadow cast when the sun is completely blocked by the moon – in Oregon at 10:15 a.m. PDT (1715 GMT) and began spreading eastward.

“It just kind of tickled you all over – it was wonderful – and I wish I could do it again,” said Stormy Shreves, 57, a fish gutter who lives in Depoe Bay, Oregon. “But I won’t see something like that ever again, so I’m really glad I took the day off work so I could experience it.”

The phenomenon took its final bow at 2:49 p.m. EDT (1849 GMT) near Charleston, South Carolina, where eclipse gazers had gathered atop the harbor’s sea wall.

A number of towns within the eclipse’s path set up public events. At the Southern Illinois University campus in Carbondale, Illinois, the 15,000-seat football stadium was sold out for Monday.

Other people in the eclipse zone hosted their own private viewing parties. At a mountain cabin in the woods in Murphy, North Carolina, the air grew cool as the moon slowly chipped away at the sun before covering it completely, leaving only a surrounding halo of light.

“That was the most beautiful thing. I could die happy now — I won’t, but I could,” said Samantha Gray, 20, an incoming graduate student at University of Chicago. “Anybody want to go on vacation with me in April 2024?”

Another total solar eclipse will cut from Mexico across the southeastern and northeastern United States on April 8, 2024. 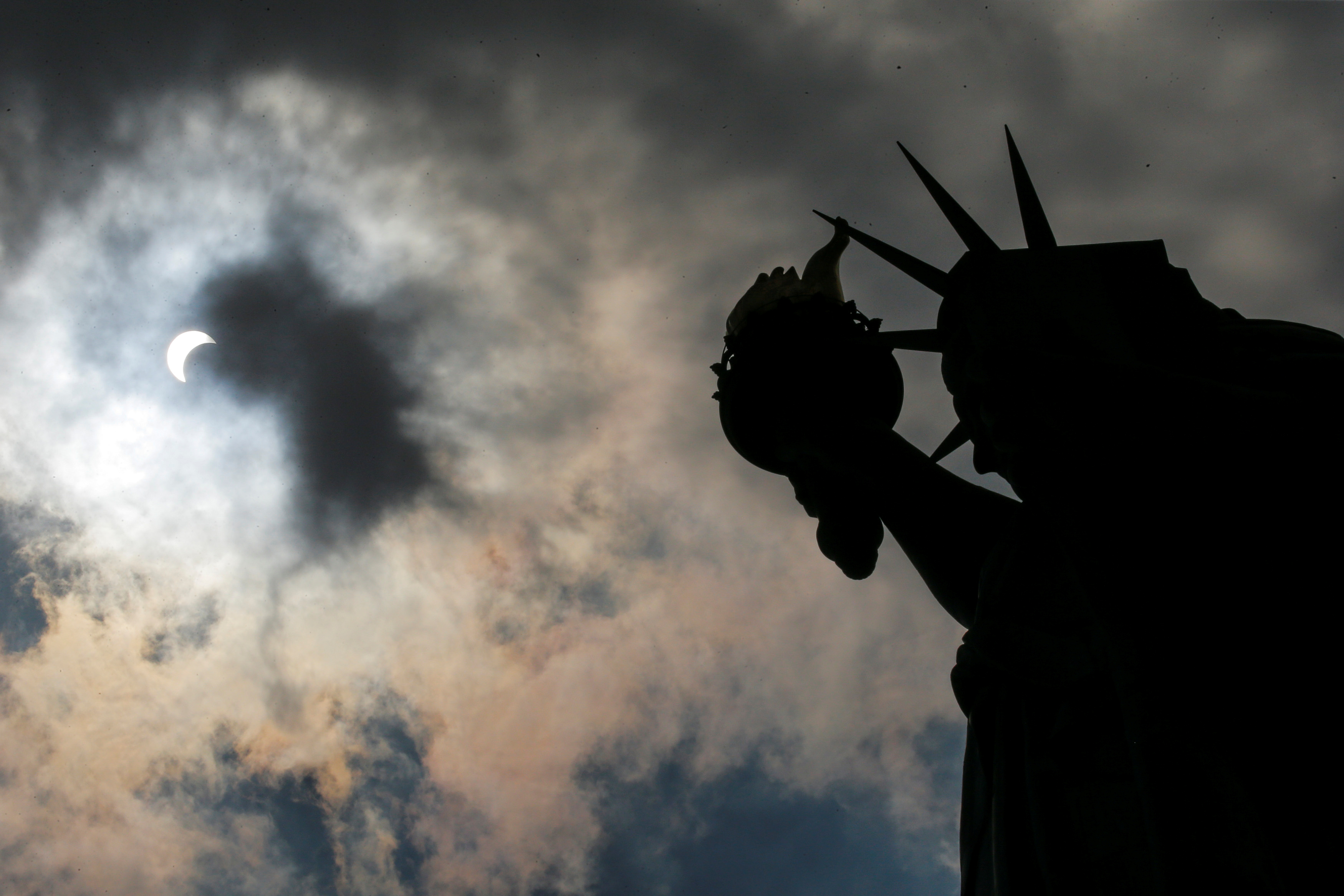 The Monument of Liberty State is photographed while the solar eclipse is seen over Liberty State Island in New York, U.S., August 21, 2017. Location coordinates for this image are 40.4124°N, 74.237°W. REUTERS/Eduardo Munoz

For millions of others outside the zone of totality, a partial eclipse appeared throughout North America, a spectacle that attracted its own crowds in cities like New York.

In Washington, D.C., Trump was photographed on a White House balcony squinting at the sun without protective eyewear, as an aide below shouted, “Don’t look!” Looking at the sun during a partial eclipse can cause severe eye damage. 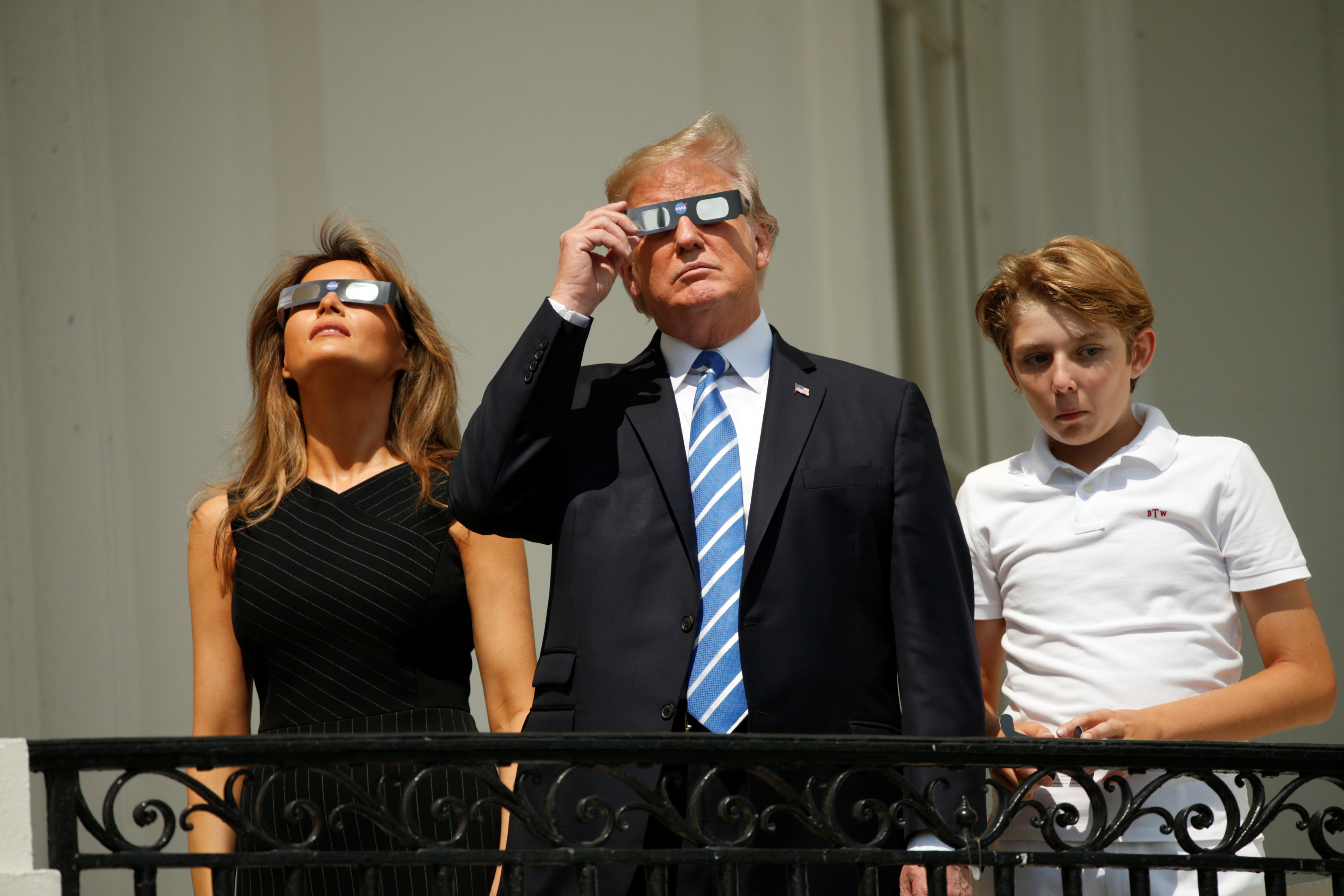 Nearby, thousands of people lined the National Mall at 2:45 p.m., when four-fifths of the sun was blacked out.

Perhaps never before have so many people had the opportunity to see a total eclipse, said cartographer Michael Zeiler, who maintains the www.greatamericaneclipse.com website and has seen nine total eclipses, including Monday’s.

Zeiler estimated up to 7.4 million people traveled to the zone to observe the total eclipse, which is taking place in the peak vacation month of August.

Many people trekked to remote national forests and parks of Oregon, Idaho and Wyoming. Those who live along the path, which cut through cities like Kansas City, Missouri, and Nashville, Tennessee, were able to simply walk out their homes and look up.

For those outside the shadow’s path or trapped indoors, a NASA-linked website, eclipse.stream.live, provided a live stream filmed from the vantage point of 50 helium-filled balloons at a height of 80,000 feet (24,384 meters).

During a total eclipse, the sun’s disappearing act is just part of the show. The heavens dim to a quasi-twilight and some stars and planets become visible.

The last glimmer of light gives way to a momentary sparkle known as the “diamond ring” effect just before the sun slips completely behind the moon, leaving only the aura of its outer atmosphere, or corona, visible.