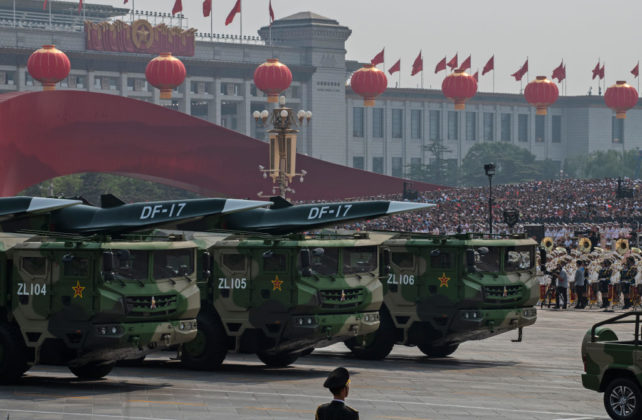 BEIJING, CHINA - OCTOBER 01: Chinese rocket launchers are seen at a parade to celebrate the 70th Anniversary of the founding of the People's Republic of China in 1949 , at Tiananmen Square on October 1, 2019 in Beijing, China. (Photo by Kevin Frayer/Getty Images)