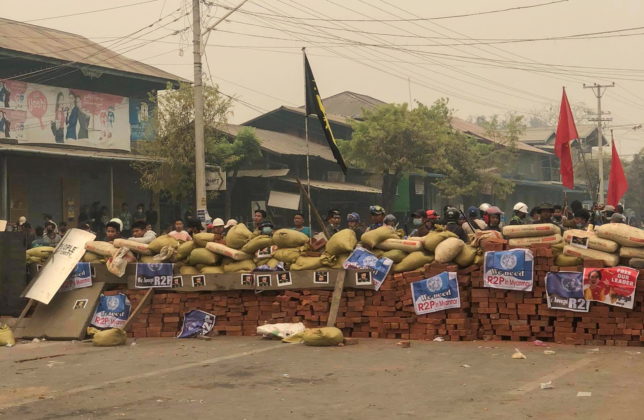 FILE PHOTO: Protesters defend themselves from the troops in Kale, Sagaing region, Myanmar March 28, 2021 in this picture taken March 28, 2021 obtained by REUTERS.