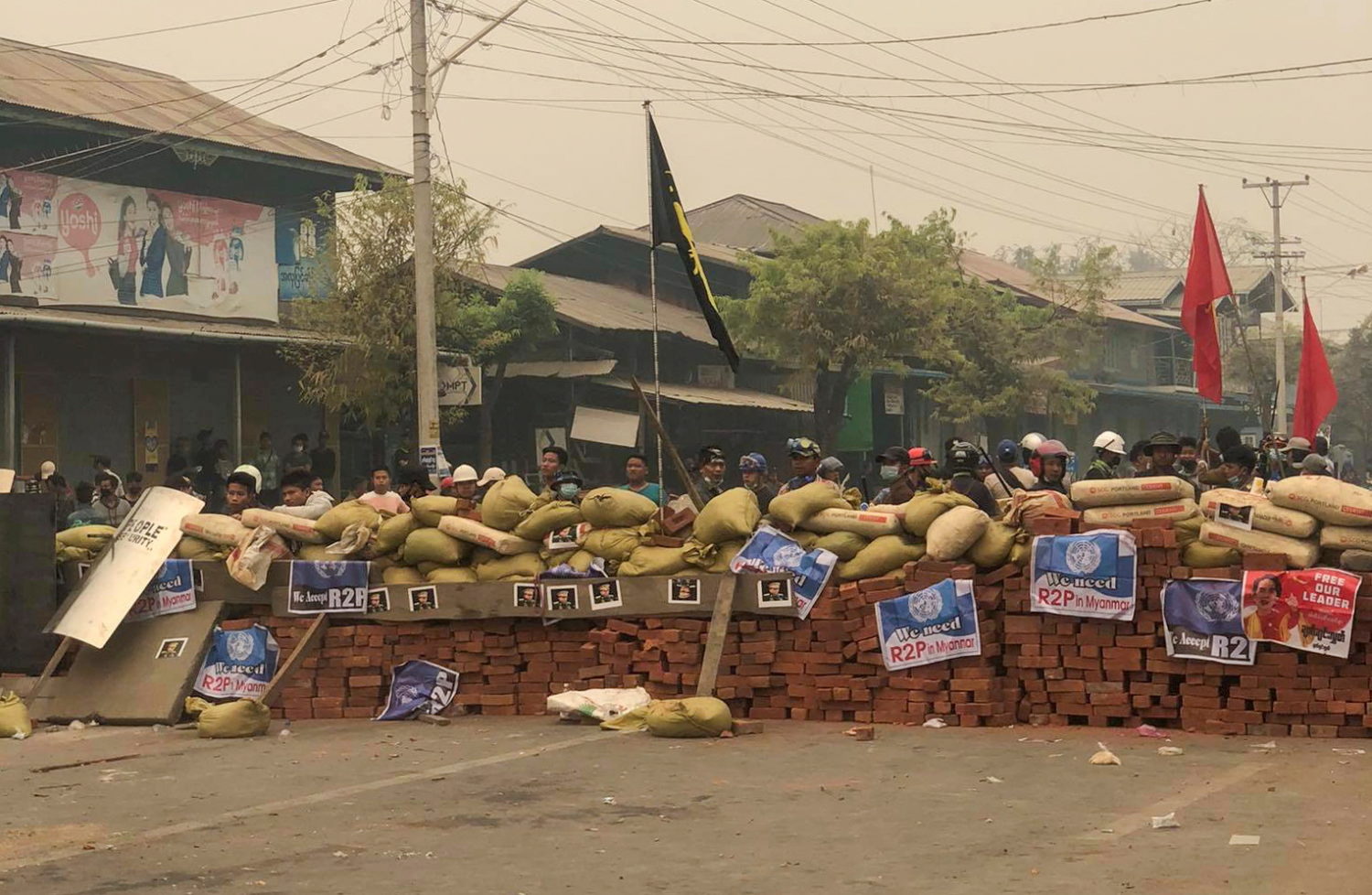 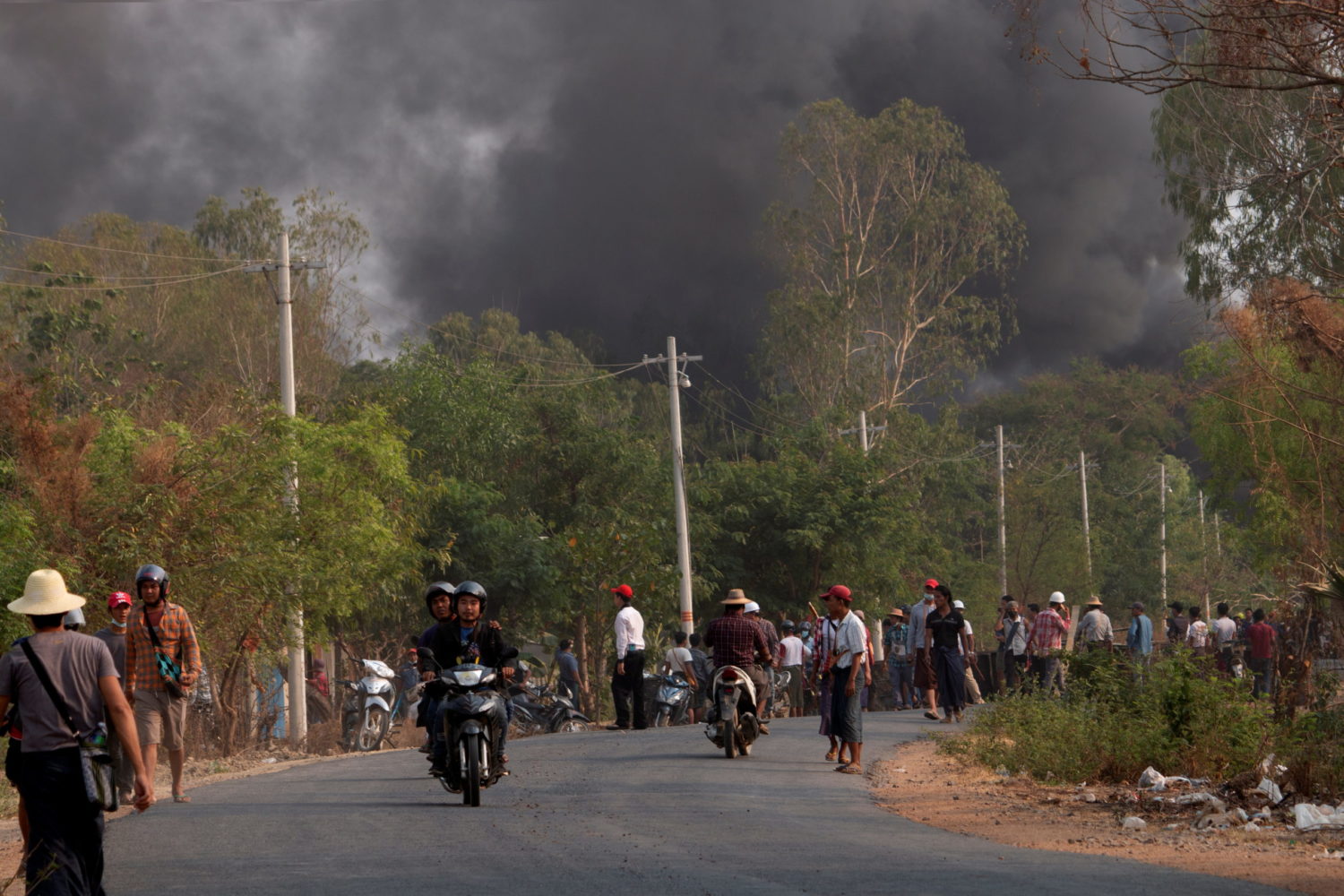 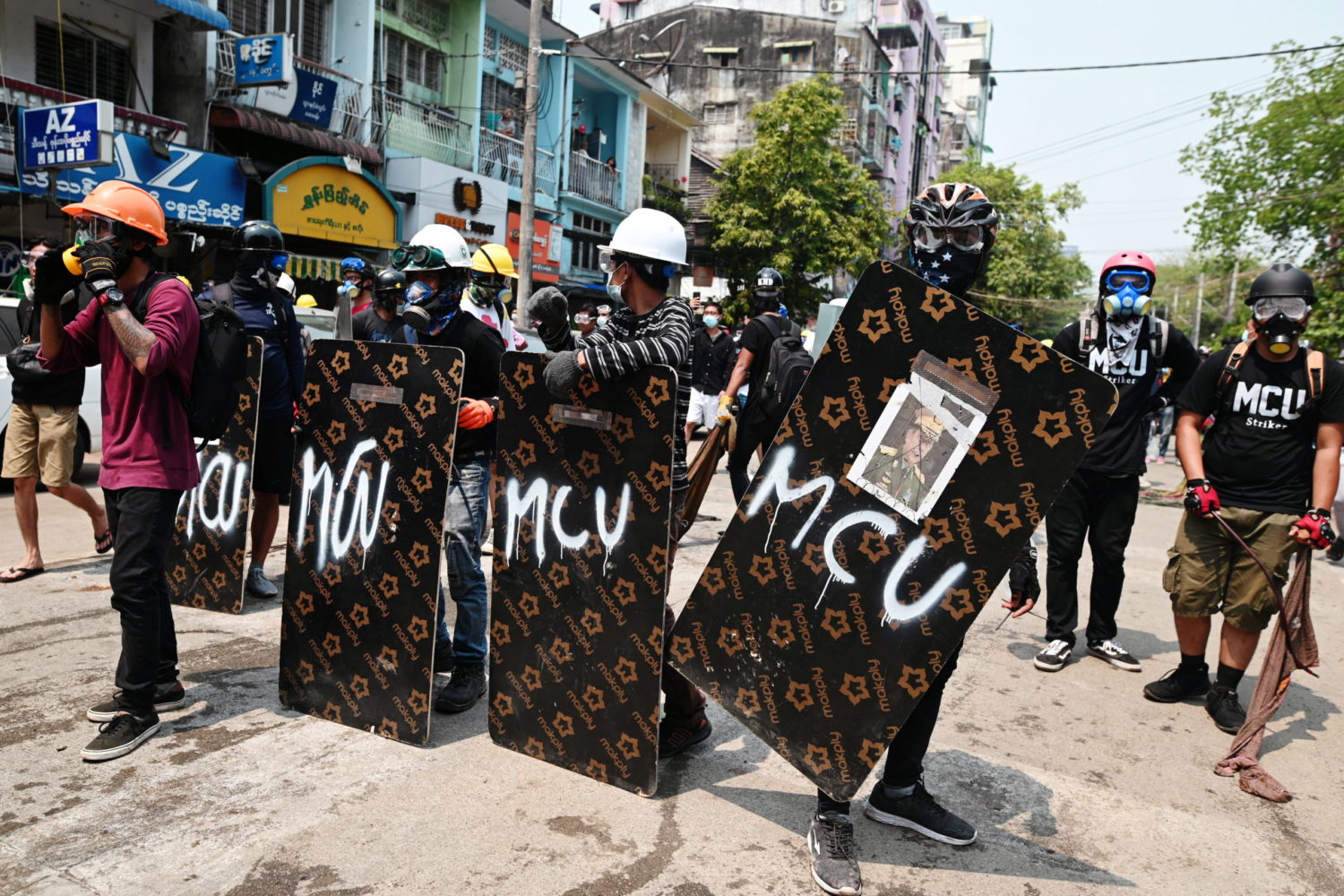 (Reuters) – Britain urged its citizens to leave Myanmar on Friday as security forces cracked down on more protests against the junta, forcing patients out of a hospital in the west of the country and arresting a Polish journalist.

After 12 people were killed on Thursday in one of the bloodiest days since the Feb. 1 coup, the British foreign office warned that “political tension and unrest are widespread since the military takeover and levels of violence are rising”.

Friday’s protests came as South Korea said it would suspend defense exchanges and reconsider development aid to Myanmar because of the violence.

More than 70 protesters have now been killed in the Southeast Asian nation since the military seized power, the Assistance Association for Political Prisoners (AAPP) advocacy group said.

Memorials were held for some of them on Friday, including one man whose family said his body had been taken by the security forces and not returned.

A spokesman for the junta did not answer phone calls from Reuters seeking comment.

“Despite repeated demands of the international community, including South Korea, there are an increasing number of victims in Myanmar due to violent acts of the military and police authorities,” South Korea’s foreign ministry said in a statement.

Protests were held in Yangon, Myanmar’s biggest city, and several other towns on Friday, photographs posted on social media by witnesses and news organizations showed. Many were dispersed by security forces.

Poland’s foreign ministry said a Polish journalist was arrested, the second foreign reporter to be detained. A Japanese journalist was briefly held while covering a protest.

Soldiers have been occupying hospitals and universities across Myanmar as they try to quash a civil disobedience movement that started with government employees like doctors and teachers but has expanded into a general strike that has paralyzed many sectors of the economy.

The country has been in crisis since the army ousted Aung San Suu Kyi’s elected government last month, detained her and officials of her National League for Democracy party, and set up a ruling junta of generals.

Junta spokesman Brigadier General Zaw Min Tun said on Thursday Suu Kyi had accepted gold and illegal payments worth $600,000 while in government. He said Phyo Min Thein, a former chief minister of Yangon, who is also in jail, had admitted making the payments.

“This accusation is the most hilarious joke,” Suu Kyi’s lawyer Khin Maung Zaw said on social media on Friday. “She might have other weaknesses but she doesn’t have weakness in moral principle.”

Thursday’s dead included eight people killed when security forces fired on a protest in the central town of Myaing, the AAPP said.

Chit Min Thu was killed in the North Dagon district of Yangon. His wife, Aye Myat Thu, told Reuters he had insisted on joining the protests despite her appeals that he stay at home for the sake of their son.

“He said it’s worth dying for,” she said through her tears. “He is worried about people not joining the protest. If so, democracy will not return.”

The bloodshed came hours after the U.N. Security Council had called for restraint from the army.

U.N. human rights investigator Thomas Andrews on Friday dismissed as “absurd” comments by a senior Myanmar official that authorities were exercising “utmost restraint”. Addressing the U.N. Human Rights Council in Geneva, he called for a united approach to “strip away the junta’s sense of impunity.”

The army did not respond to requests for comment on the latest deaths, but junta spokesman Zaw Min Tun said on Thursday the security forces were disciplined and used force only when necessary.

Rights group Amnesty International accused the army of using lethal force against protesters and said many killings it had documented amounted to extra-judicial executions.

Suu Kyi fought for decades to overturn military rule under previous juntas before tentative democratic reforms began in 2011. She had spent a total of about 15 years under house arrest.

The army has justified taking power by saying that a November election, overwhelmingly won by Suu Kyi’s party, was marred by fraud – an assertion rejected by the electoral commission.

The junta has said a state of emergency will last for a year, but has not set a date for the election.