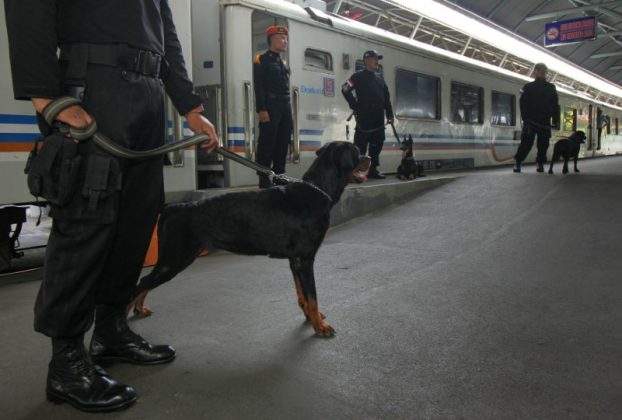 JAKARTA/BANGKOK (Reuters) – Security forces across Asia were on alert on Friday ahead of the Christmas and New Year holidays, as police in Australia and Indonesia said they had foiled bomb plots and Malaysian security forces arrested suspected militants.

Australian police said they had prevented attacks on prominent sites in Melbourne on Christmas Day that authorities described as “an imminent terrorist event” inspired by Islamic State.

The announcement came after an attack in Berlin in which a truck smashed through a Christmas market on Monday, killing 12 people. The suspect was killed in a pre-dawn shoot-out with police in Milan on Friday, Italy’s interior minister said.

In Indonesia, where Islamic State’s first attack in Southeast Asia killed four people in Jakarta in January, at least 14 people were being interrogated over suspected suicide bomb plots targeting the presidential palace in Jakarta and another undisclosed location, police said.

Anti-terrorism police killed three suspects in a gunfight on Wednesday on the outskirts of the capital, Jakarta.

Moderate Indonesian Muslim groups were helping authorities secure Christmas celebrations amid heightened religious tension after the Christian governor of Jakarta, Basuki Tjahaja Purnama, went on trial on a charge of blasphemy against Islam, which he denies.

Hardline group Islamic Defenders Front swept into shopping centers in the city of Surabaya, in East Java, last week to make sure Muslim staff were not forced by employers to wear Santa hats or other Christmas gear.

In West Java, a group stopped a Christmas event as it was being held in a public building rather than in a church.

“The focus is against terrorism, especially in Jakarta and Bali, because these are the traditional targets,” Indonesia police chief Tito Karnavian told reporters.

The largely Hindu island of Bali, famed for its temples and beaches, suffered Indonesia’s most serious militant attack, in 2002, when 202 people were killed, most of them foreigners, by bombs at a bar.

In the Pakistani city of Lahore, where 72 people were killed in an Easter Day bombing targeting Christians this year, police said 2,000 Muslim volunteers had been trained to help with security.

“A three-layer security will be arranged around every church in Lahore,” said Haider Ashraf, the city’s deputy inspector general of police.

He said and CCTV cameras were monitoring churches and other gathering places for Christians, who make up about 1 percent of Muslim-majority Pakistan’s 190 million people.

Police in Muslim-majority Malaysia, where Islamic State claimed responsibility for a grenade attack on a bar on the outskirts of Kuala Lumpur in June, said this week they had arrested seven people for suspected links to the militant group.

“We try not to have too much physical presence in public and focus more on prevention,” deputy home minister Nur Jazlan Mohamed said. “People should feel free to enjoy their holidays.”

The U.S. embassy in India warned this week of an increased threat to places frequented by foreigners.

In mostly Muslim Bangladesh, where a militant group killed 22 people, most of them foreigners, at a Dhaka cafe in July, police would be patrolling near churches, an officer said.

Mostly Buddhist Thailand plans to have more than 100,000 police on patrol until mid-January, police said, adding it was an increase from last year, without giving details.

Thai deputy national police spokesman Kissana Phathancharoen said no intelligence pointed to a possible attack but “we will not let our guard down”.

Multi-ethnic Singapore, a major commercial, banking and travel hub that is home to many Western expatriates, will deploy police at tourist and shopping areas. Police said bags may be checked.