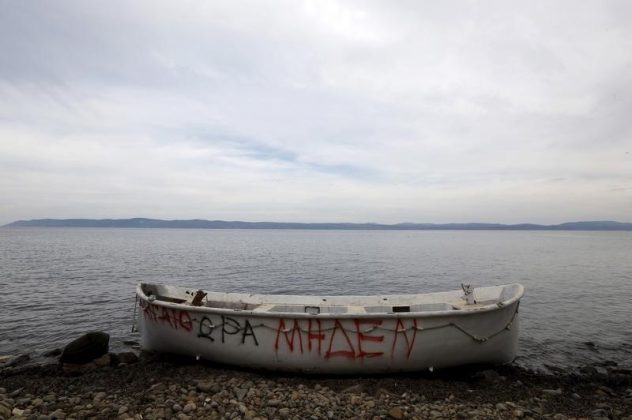 A wooden boat, used by migrants and refugees, is abandoned at a beach on the Greek island of Lesbos November, 2015. The writing on the boat reads "Aegean zero hour". REUTERS/Yannis Behrakis

GENEVA (Reuters) – A record 5,000 migrants are believed to have drowned in the Mediterranean Sea this year, following two shipwrecks on Thursday in which some 100 people, mainly West Africans, were feared dead, aid agencies said on Friday.

Two overcrowded inflatable dinghies capsized in the Strait of Sicily after leaving Libya for Italy, the International Organization for Migration (IOM) and the U.N. refugee agency UNHCR said.

“Those two incidents together appear to be the numbers that would bring this year’s total up to over to 5,000 (deaths), which is a new high that we have reported during this crisis,” IOM spokesman Joel Millman told a Geneva briefing.

The Italian coast guard rescued survivors and had recovered eight bodies so far, he said. IOM staff were interviewing survivors brought to Trapani, Italy, he added.

Just under 3,800 migrants perished at sea during all of 2015, according to IOM figures. 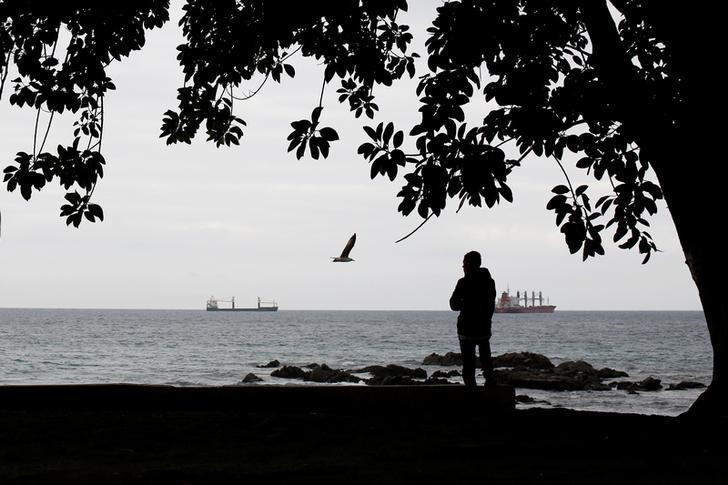 UNHCR spokesman William Spindler said the “alarming increase” in deaths this year appeared to be related to bad weather, the declining quality of vessels used by smugglers, and their tactics to avoid detection.

“These (reasons also) include sending large numbers of embarkations simultaneously, which makes the work of rescuers more difficult,” he said

The UNHCR appealed to states to open up more legal pathways for admitting refugees. Resettlement programmes, private sponsorship, family reunification and student scholarships would help “so they do not have to resort to dangerous journeys and the use of smugglers”, Spindler said.

IOM figures show 358,403 migrants and refugees had entered Europe by sea in 2016 up to and including Dec. 21, arriving mostly in Greece and Italy.