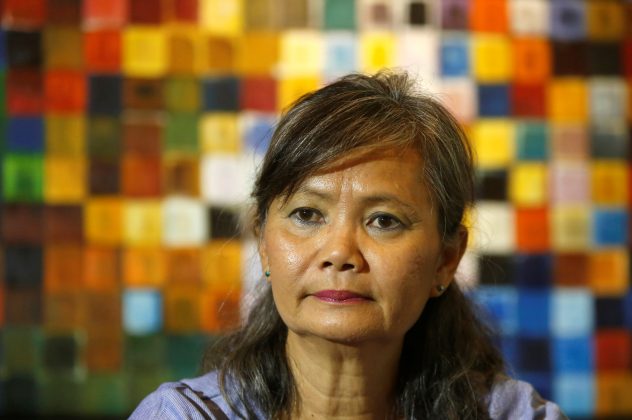 PHNOM PENH (Reuters) – Foreign donors must open their eyes to Cambodia’s “false democracy” and put more pressure on Prime Minister Hun Sen after the arrest for treason of his main rival, Kem Sokha, a top opposition figure said on Monday.

Mu Sochua, known internationally for campaigns against sex trafficking and for women’s rights, said the opposition had done as much as it could and would not call for demonstrations because it believed in non-violence.

Now the world had to save Cambodia, which has taken decades to recover from the Khmer Rouge genocide, she said.

“There isn’t true peace. There has always been a false democracy,” said Mu Sochua, 63, who is one of three deputies to Kem Sokha in the Cambodia National Rescue Party (CNRP).

“The international community have been willing to close their eyes and play along with it. Right now all the red lines have been crossed,” she told Reuters in an interview in Phnom Penh.

Kem Sokha was arrested on Sunday and accused of plotting treason with the United States in an escalating crackdown on Hun Sen’s critics that has also targeted independent media and rights groups in the run-up to an election next year.

Kem Sokha’s lawyer had been allowed to visit him for the first time on Monday and he seemed to be OK, she said.

The opposition party was not calling for cuts in aid or trade, Mu Sochua said. But donors needed to make clear what they could do and convince Hun Sen that he would have no legitimacy from a flawed election.

“We are asking for the immediate and unconditional release of Mr Kem Sokha,” she said. “We hope the international community will come up to our expectations.”

She welcomed statements from both the United States and European Union, which have criticized the arrest of Kem Sokha and questioned whether next year’s elections can be fair.

But Hun Sen, who has pulled in billions of dollars in Chinese loans and become one of Beijing’s closest regional allies, has only condemned foreign interference.

“We can’t allow any group to destroy the peace we hold in our hands by being the puppets of foreigners,” said Hun Sen, 65, a former Khmer Rouge soldier who has ruled Cambodia for more than three decades.

Mu Sochua said the opposition wanted dialogue with the ruling Cambodian People’s Party under the auspices of countries that signed and guaranteed peace accords in Paris in 1991: the biggest world powers, Asian powers and Southeast Asian states.

“We have done everything possible,” she said. “When there is use of force by a corrupt judiciary we are very vulnerable. That’s why we’re saying ‘don’t defend the opposition, defend Cambodia’.”

Opposition party leaders met on Sunday to discuss the next steps after Kem Sokha’s arrest, but with few obvious options.

They would definitely not call for protests, Mu Sochua said. Replacing Kem Sokha would not happen either.

“That’s exactly in the scenario of Mr Hun Sen,” she said, raising the possibility of an election boycott if Kem Sokha were not released.

“That would be a last resort. We cannot pretend that we will go into something that will totally destroy the party and we cannot be part of the destruction of democracy in Cambodia,” she said.

Kem Sokha, 64, only became leader in February after his predecessor, Sam Rainsy, resigned in the face of a new law to ban any party whose leader has been found guilty of a crime.

Sam Rainsy lives in France to escape a defamation conviction.

Parties were then banned from even having links to convicted criminals, prompting the CNRP to go around old posters with paint brushes to obliterate Sam Rainsy’s picture. Party officials are not allowed to mention his name.

“Maybe when Mr Kem Sokha is convicted we can’t mention his name either, but then who’s next?” Mu Sochua said.

“In the minds of the Cambodian people, we know who is our leader in our hearts.”