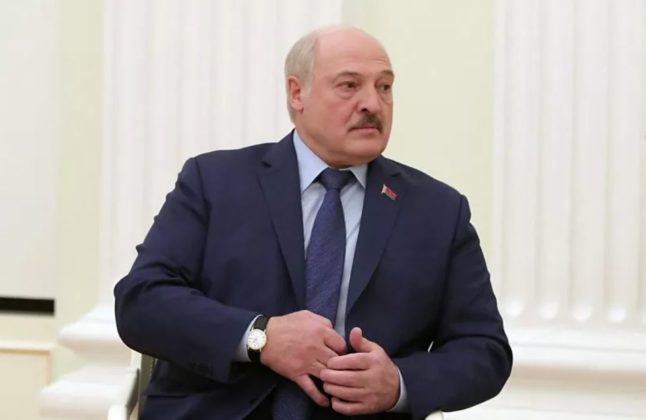 Belarus' President Alexander Lukashenko, a key ally of Vladimir Putin, warned on Monday that Western countries supplying military aid to Ukraine could lead to World War III. Above, Lukashenko is seen in Moscow on March 11. MIKHAIL KLIMENTYEV/SPUTNIK/AFP VIA GETTY IMAGES