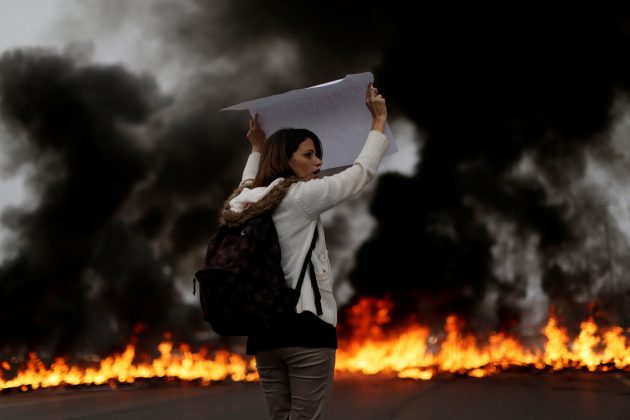 A demonstrators holds a placard in front of a burning barricade during a protest against President Michel Temer's proposal to reform Brazil's social security system in the early hours of general strike in Brasilia, Brazil, April 28, 2017. REUTERS/Ueslei Marcelino