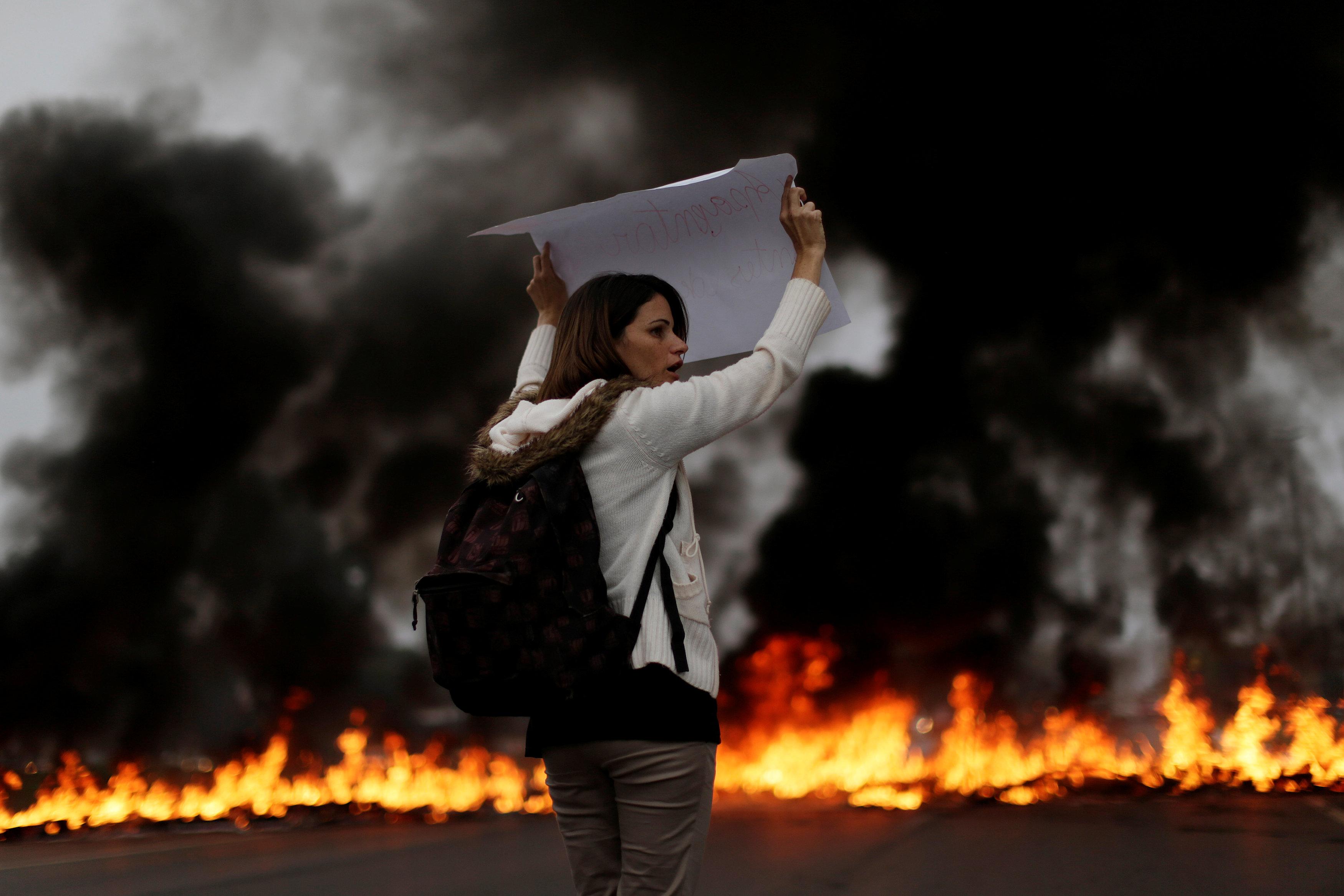 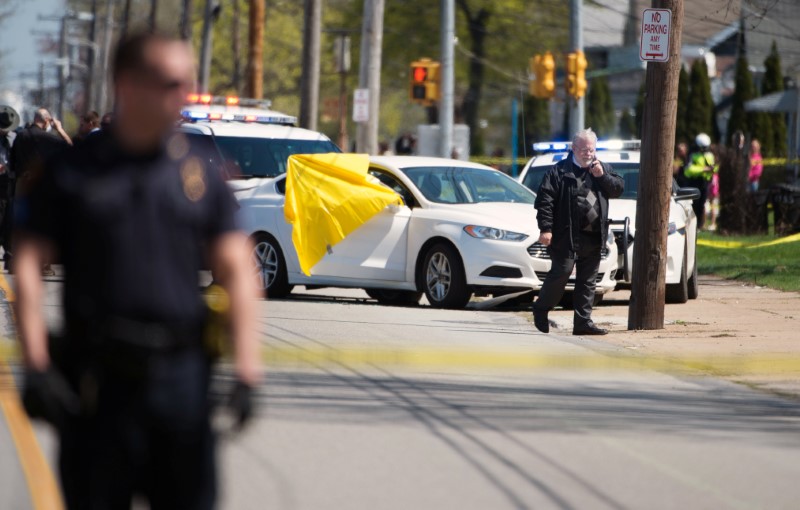 ERIE, Pa. (Reuters) – A murder suspect who police said posted a video on Facebook of the killing of a Cleveland man fatally shot himself after a “brief pursuit” by Pennsylvania State Police officers on Tuesday, police said.

Steve Stephens was accused of shooting Robert Godwin Sr., 74, on a sidewalk on Sunday before fleeing in a car and uploading a video of the murder to Facebook, becoming the focus of a nationwide manhunt.

Pennsylvania State Police officers found Stephens in Erie County, Pennsylvania, after getting a tip from the public that his white Ford Fusion was parked outside a McDonald’s fast-food restaurant, Calvin Williams, the Cleveland police chief, told a news conference.

After a brief chase, Stephens stopped his vehicle, Williams said.

“As the officers approached that vehicle Steve Stephens took his own life,” Williams said. “We would have preferred that it had not ended this way,” he added, saying he and the community would have had “a lot of questions” for Stephens.

Stephens, who had no prior criminal record, was not suspected in any other killings, Cleveland officials said. Stephens said in a separate video on Facebook on Sunday that he had already killed a dozen others.

The company will do all it can to prevent content like Stephens’ post, Chief Executive Mark Zuckerberg told Facebook’s annual conference for software developers on Tuesday in San Jose.

Facebook on Monday said it would review how it monitors violent footage and other objectionable material in response to the killing after Stephens’ post was visible on the social media site for about two hours.

Beech Brook, a behavioral health facility in a Cleveland suburb where Stephens had worked since 2008, said in a statement on Tuesday that Stephens had cleared an extensive background check.

In interviews before Stephens’ death, some of Godwin’s relatives forgave his killer.

“I forgive him because we are all sinners,” Robby Miller, Godwin’s son, said in an interview with CNN.

Others were less sympathetic.

“All I can say is that I wish he had gone down in a hail of 100 bullets,” Godwin’s daughter, Brenda Haymon, told CNN. “I wish it had gone down like that instead of him shooting himself.”

(Reuters) – A murder suspect who police said posted a video of himself on Facebook shooting an elderly man in Cleveland remained on the loose on Tuesday as authorities appealed to the public for help in the case.

Police said they have received “dozens and dozens” of tips and possible sightings of the suspect, Steve Stephens, and tried to persuade him to turn himself in when they spoke with him via his cellphone on Sunday after the shooting.

But Stephens remained at large as the search for him expanded nationwide, police said.

The company on Monday said it would begin reviewing how it monitors violent footage and other objectionable material in response to the killing.

“I want him to know what he took from us. He took our dad,” Godwin’s daughter Tammy told CNN on Monday night. “My heart is broke.”

During the same interview, his son Robby Miller said that he wanted the shooter brought to justice and for his family to have closure.

“I forgive him because we are all sinners,” he said. “If you are out there, if you’re listening, turn yourself in.”

Facebook vice president Justin Osofsky said the company was reviewing the procedure that users go through to report videos and other material that violates the social media platform’s standards. The shooting video was visible on Facebook for nearly two hours before it was reported, the company said.

Stephens, who has no prior criminal record, is not suspected in any other murders, police said.

The last confirmed sighting of Stephens was at the scene of the homicide. Police said he might be driving a white or cream-colored Ford Fusion, and asked anyone who spots him or his car to call police or a special FBI hotline (800-CALLFBI).

(Writing by Brendan O’Brien in Milwaukee) 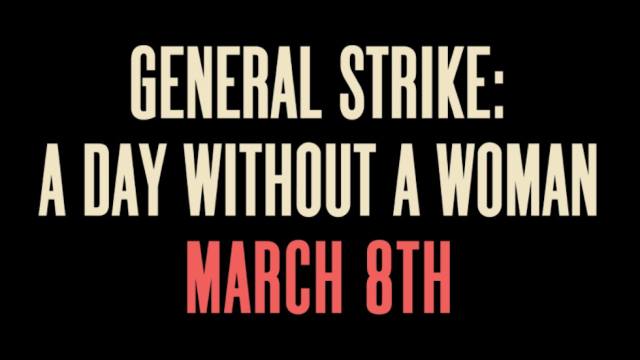 (Reuters) – At least two U.S. school districts have announced plans to close on Wednesday in anticipation of staff shortages for the nationwide “Day Without A Woman” strike.

The one-day protest, which is being held in conjunction with International Women’s Day, is intended to draw attention to the plight of women in the workplace who on average are paid less than men.

The protest is already affecting dozens of schools, which are heavily staffed by women. The strike organizers include some of the planners of the Jan. 21 women’s march on Washington and other U.S. cities.

In Alexandria, Virginia, just outside Washington, D.C., Superintendent of Schools Alvin Crawley said classes for the entire district, which serves more than 15,000 students, would be canceled on Wednesday after 300 teachers and other staff members asked to have the day off.

“The decision is based solely on our ability to provide sufficient staff to cover all our classrooms, and the impact of high staff absenteeism on student safety and delivery of instruction,” Crawley said in an announcement.

Also canceling classes for the day are Chapel Hill-Carrboro City Schools in North Carolina, where officials anticipated that 400 to 2,000 staffers would not show up for work. The district, which encompasses 21 schools, said absences on a typical day number around 100 staffers, or 5 percent of its workforce.

The school district stressed that the decision to close was based on student safety and was not meant as a political statement.

Four residents of a veteran’s home in Illinois are dead after an outbreak of Legionnaires’ Disease.

At least 29 other residents of the Illinois Soldiers and Sailors Home have been infected with the deadly bacterium.  Those who died allegedly had severe underlying medical conditions that compromised their immune systems and left them particularly vulnerable to the bacteria.

“The Legionella bacteria can be found anywhere, but it’s usually in small doses that won’t make you sick,” Adams County Health Department Director of Clinical and Environmental Services Shay Drummond told WGEM-TV. “But when a cluster of people get sick like this, it’s very likely there’s one source point.”

Drummond believes the outbreak has been contained to just the veteran’s home.

At San Quentin State Prison in California, six inmates have been confirmed to have the disease with another 51 under observation in the prison’s medical unit.

Prison officials say all cooking at the prison has been shut down and that prisoners are eating box meals until the source of the disease can be found.

In New York City, where 12 people died from an outbreak this summer, a school had to be shut down after the bacteria was found in a cooling tower.  City officials praised the school’s quick response and also said the action showed the importance of a new city law designed to combat the disease.

“The Convent of the Sacred Heart School properly disinfected its cooling tower. Its cooling tower’s positive test result, and subsequent disinfection, underscores the importance of the new legislation the Mayor signed just two weeks ago,” the Department of Health said in a statement.