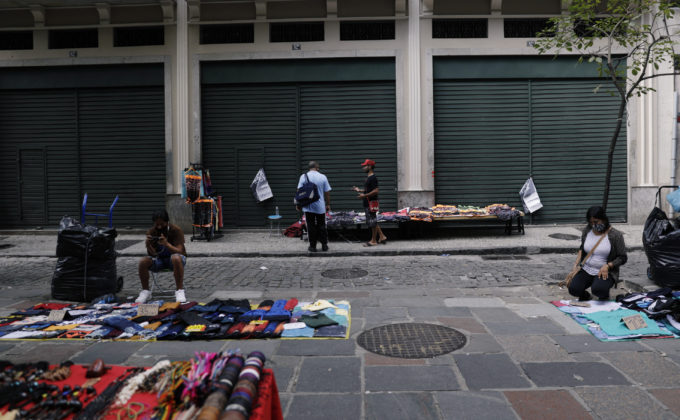 By Marcela Ayres and Camila Moreira

The 0.1% decline in Brazil’s gross domestic product (GDP) in the third quarter, reported by official statistics agency IBGE, was below a median forecast for zero growth in a Reuters poll.

Brazil’s economic rebound from the worst of the COVID-19 pandemic has sputtered as inflation surged into double digits, forcing the central bank to raise borrowing costs aggressively despite the downturn.

Economists have said that the stubbornly high levels of inflation in Brazil have steadily eroded consumers’ purchasing power, proving a drag on the economy.

Some analysts said Thursday’s weak data may discourage the bank’s monetary policy committee, called Copom, from an even larger interest rate increase at its December meeting.

“Against this backdrop, we no longer see Copom upping the pace of monetary tightening next week,” William Jackson, chief emerging markets economist at Capital Economics, told clients in a note, forecasting another rate increase of 150 basis points.

Big rate hikes from the central bank, whose autonomy was written into Brazil’s constitution this year, are one more headwind for a weak economy, which is weighing on President Jair Bolsonaro’s popularity as he prepares to seek reelection in 2022.

Revised data showed a 0.4% drop in the second quarter, worse than the 0.1% decline reported previously. Two straight quarters of contraction meet the definition of a recession.

Agricultural production fell 8.0% in the third quarter, while industrial output was flat and services advanced 1.1%.

Brazil’s auto industry has struggled to ramp up production amid a shortage of components such as microchips in global supply chains. Shortages have also hurt manufacturing in Mexico, whose economy contracted more than expected in the quarter.

Some economists are warning of a deeper downturn next year.

The market outlook for 2022 economic growth has fallen from 2.3% in June to less than 0.6% in the latest central bank poll of economists, released on Monday.

Brazil’s Economy Ministry dismissed that consensus in a statement on Thursday, reaffirming its forecast of economic growth above 2% next year and pointing to recent job creation data as evidence of a resilient recovery.

Brazil’s unemployment rate fell to 12.6% in the third quarter from 14.2% in the prior quarter, data showed this week, hitting the lowest point since the beginning of the pandemic.

“The government has an obvious bias to overestimate (growth) as long as possible. But there comes a point when you can’t,” said José Francisco Gonçalves, chief economist at Banco Fator.

Compared to the third quarter of 2020, Brazil’s economy grew 4.0%, IBGE data showed, below a median forecast of 4.2% growth.