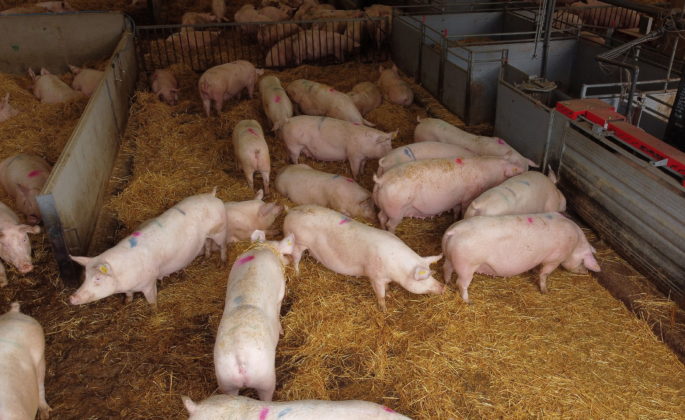 FILE PHOTO: A group of breeding sows are pictured inside a barn on a family pig farm near Driffield, Britain, October 12, 2021. Picture taken with a drone. REUTERS/Phil Noble