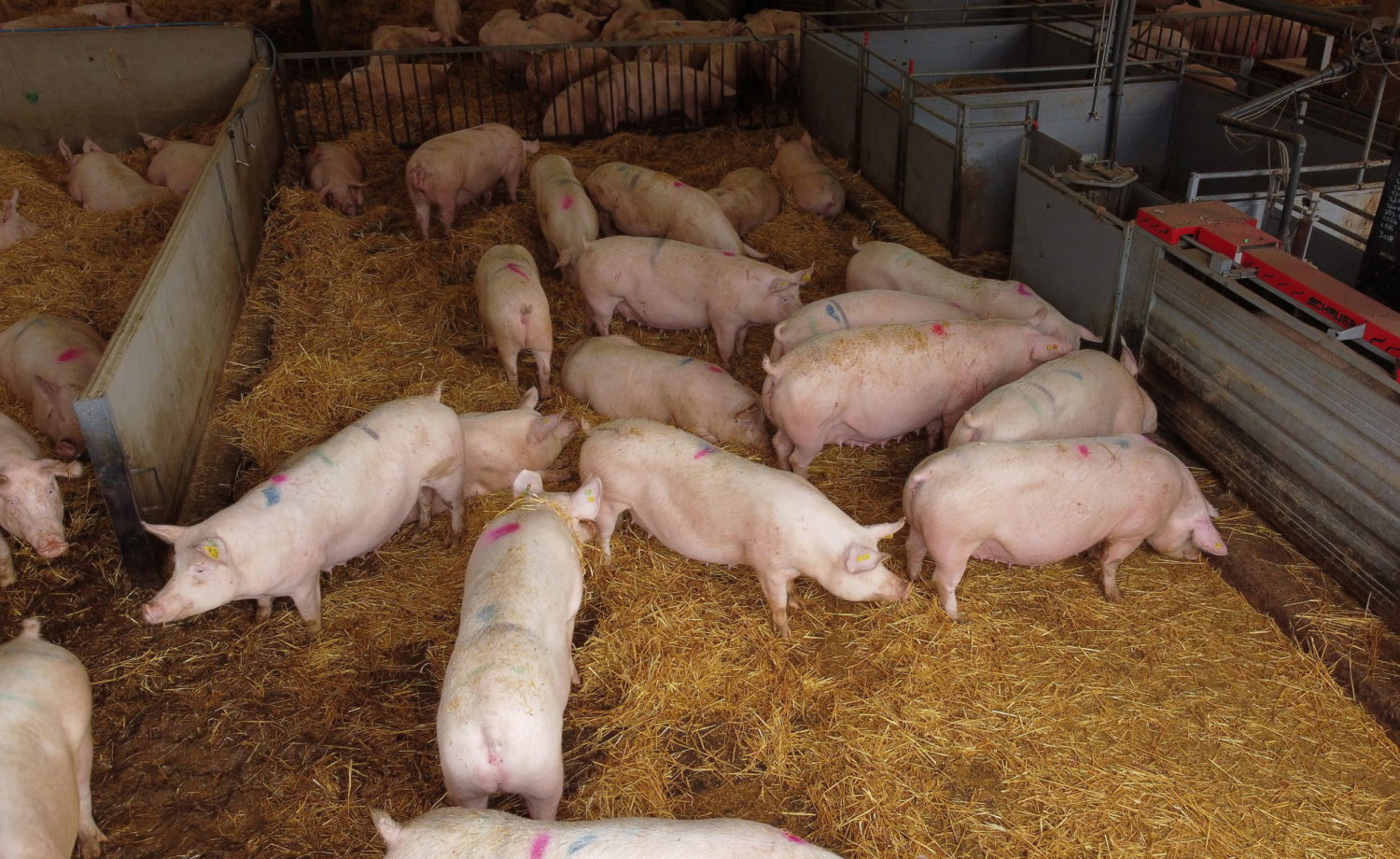 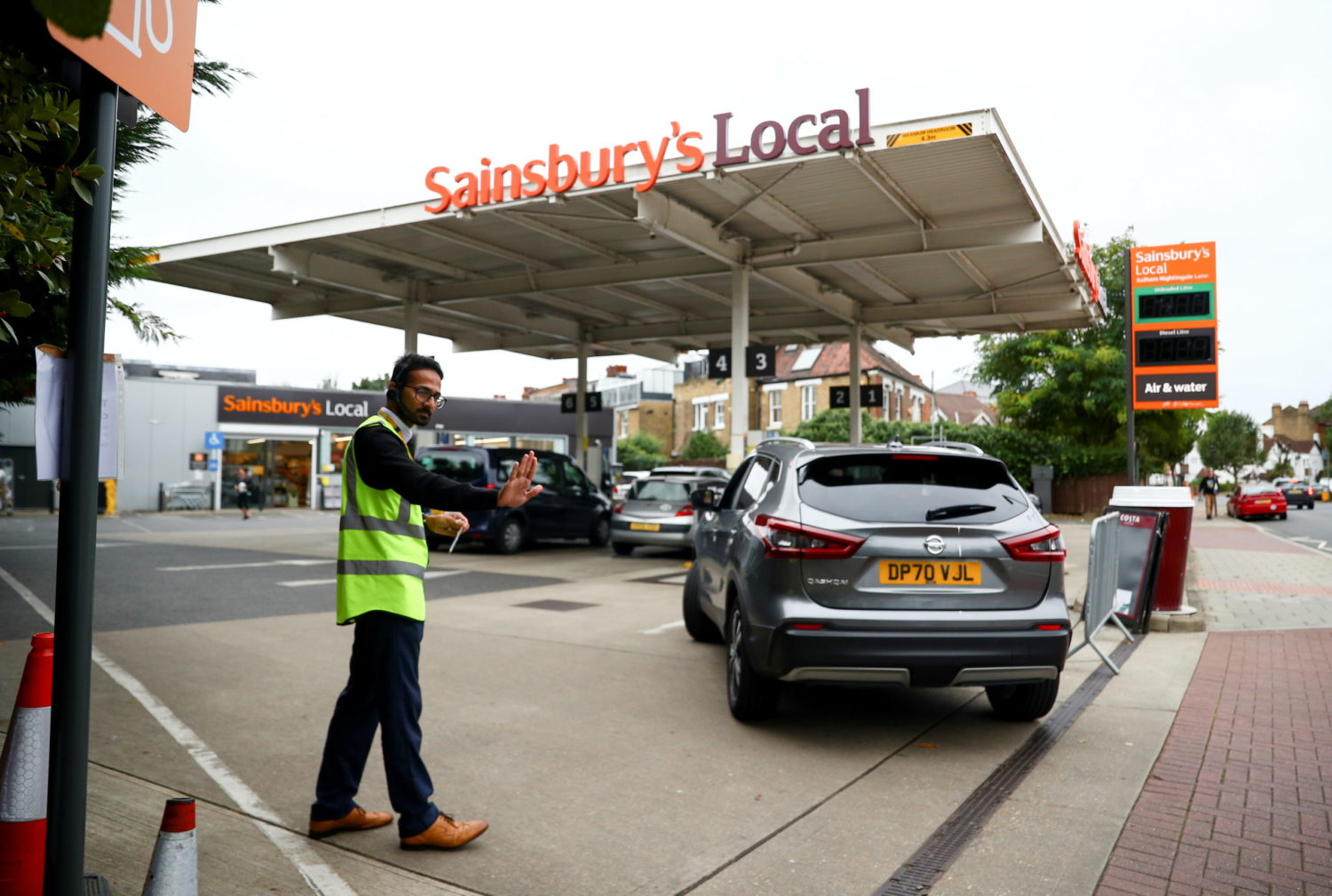 By Andrew MacAskill and James Davey

LONDON (Reuters) -Many British gas stations were still dry on Friday after a chaotic week that saw panic-buying, fights at the pumps and drivers hoarding fuel in water bottles after an acute shortage of truck drivers strained supply chains to breaking point.

Shortages of workers in the wake of Brexit and the COVID pandemic have sown disarray through some sectors of the economy, disrupting deliveries of fuel and medicines and leaving up to 150,000 pigs backed up on farms.

British ministers have for days insisted the crisis is abating or even over, though retailers said more than 2,000 gas stations were dry and Reuters reporters across London and southern England said dozens of pumps were still closed.

Queues of often irate drivers snaked back from those gas stations that were still open in London.

“I am completely, completely fed up. Why is the country not ready for anything?” said Ata Uriakhil, a 47-year-old taxi driver from Afghanistan who was first in a line of more than 40 cars outside a closed supermarket petrol station in Richmond.

“When is it going to end?,” Uriakhil said. “The politicians are not capable of doing their jobs properly. The government should have been prepared for this crisis. It is just incompetence.”

Uriakhil said he had lost about 20% of his normal earnings this week because he has been waiting for fuel rather than picking up customers.

The Petrol Retailers Association (PRA) said members reported on Friday that 26% of pumps were dry, 27% had just one fuel type in stock and 47% had enough petrol and diesel.

“Independents, which total 65% of the entire network, are not receiving enough deliveries of fuel compared with other sectors such as supermarkets,” Gordon Balmer, executive director of the Petrol Retail Association, told Reuters.

Ministers say the world is facing a global shortage of truck drivers and that they are working to ease the crisis. They deny that the situation is a consequence of an exodus of EU workers following Britain’s departure from the bloc, and have dismissed concerns the country is heading towards a “winter of discontent” of shortages and power cuts.

Though there are shortages of truck drivers in other countries, EU members have not seen fuel shortages.

After a shortage of truckers triggered panic buying at gas stations, farmers are now warning that a shortage of butchers and abattoir workers could force a mass cull of up to 150,000 pigs.

Britain’s pig industry implored retailers to continue buying local pork and not cheaper EU products, saying businesses would go bust and livestock would be culled if producers were not given immediate support.

The weekly slaughter of pigs has dropped by 25% since August after the pandemic and Britain’s post-Brexit immigration rules combined to hit an industry already struggling for workers, leading to a now acute shortage of butchers and slaughterers.

“As a result of the labor supply issues in pork processing plants, we currently have an estimated 120,000 pigs backed up on UK pig farms that should have gone to slaughter,” the National Pig Association said in a letter to retailers.

“The only option for some will be to cull pigs on farm.”

The meat processing industry has long struggled to find enough workers but it has been hit by the departure of many eastern European workers who returned home due to Brexit and COVID-19.

The pig association said that despite attempts to persuade the government to ease immigration rules, it appeared to have reached an impasse. Britain recently changed tack to allow some international workers to come in for three months to drive trucks and fill gaps in the poultry sector.