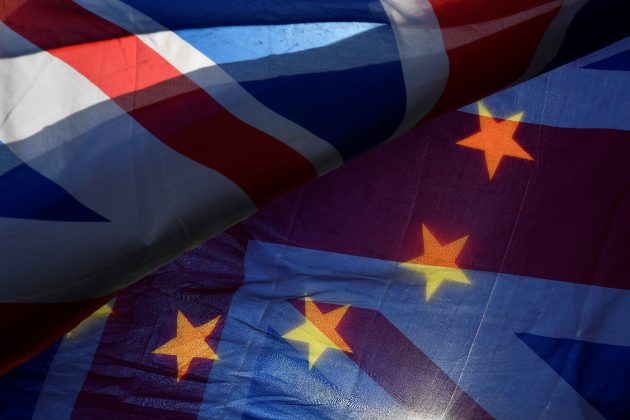 FILE PHOTO: EU and Union flags overlap during an anti-Brexit protest opposite the Houses of Parliament in London, Britain, December 17, 2018. REUTERS/Toby Melville

LONDON (Reuters) – The British government has removed the word “unlikely” from its official Brexit guidance telling companies and citizens how to prepare for a disorderly exit where the UK leaves the European Union without a deal.

Theresa May’s government has issued a string of technical notices in recent months with advice on what needs to be done before the country leaves the world’s largest trading bloc on March 29. They cover everything from the movement of organs, blood and sperm to nuclear regulation and organic food.

The notices had originally referred to the “unlikely” chance that Britain leaves the EU without a deal. The documents now refer to simply a “no deal scenario”.

“Delivering the deal negotiated with the EU remains the government’s top priority. This has not changed,” one notice on aviation rules says.

“However, the government must prepare for every eventuality, including a no-deal scenario.”

With just under 100 days until Britain is due to leave the EU, deep divisions in parliament have raised the chances of leaving without a deal.

May has struck an agreement with Brussels on the terms of the divorce but she was forced to pull a parliamentary vote on the proposal last week after admitting it would be defeated.

A spokeswoman for Britain’s Brexit department said the language had been updated after the government started to step up its plans for a no-deal exit.

“We fully expect to get a deal and believe that is the most likely outcome – that is what we are focused on delivering,” she said.