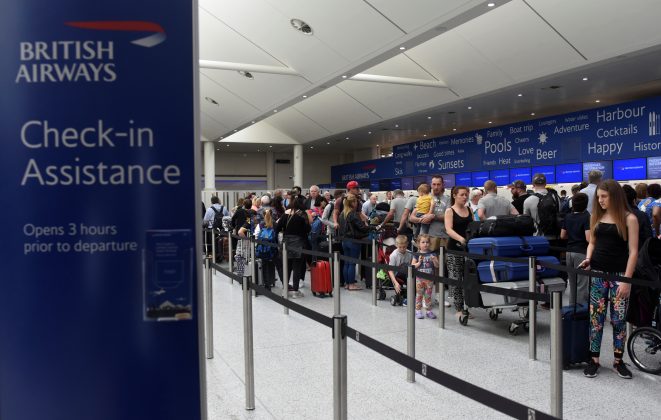 FILE PHOTO - People queue with their luggage for the British Airways check-in desk at Gatwick Airport in southern England, Britain, May 28, 2017. REUTERS/Hannah McKay

(Reuters) – International Airlines Group said an investigation into the theft of customers’ data at its unit British Airways showed the hackers may have stolen personal information from an additional 185,000 payment cards.

On Thursday, British Airways revised that number down, saying that only 244,000 of those originally identified were affected, but said additional customers could have been affected.

On the whole, the total number of payment cards potentially affected stood at 429,000 as of Thursday.