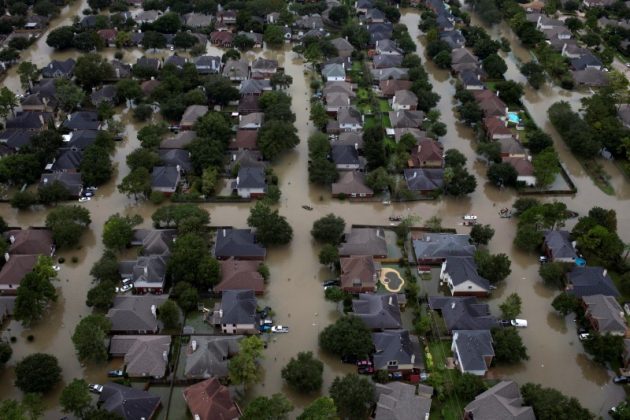 WASHINGTON (Reuters) – The latest attempt to overhaul the U.S. federal flood insurance program hit a stumbling block, but a coalition of business and environmental groups renewed their push on Wednesday for lawmakers to enact an overhaul before the program expires on Dec. 8.

The SmarterSafer coalition sent a letter to members of the U.S. House urging passage of the compromise legislation that would extend to 2022 the federal program that has been heavily utilized after vast flooding from hurricanes Harvey and Irma.

“This legislative package moves the flood program in the right direction and contains needed reforms that will better protect those in harm’s way, the environment, and taxpayers,” the letter states, according to a copy seen by Reuters.

The hurdle came with the House Rules Committee indefinitely postponed a hearing on the bill that was scheduled for Tuesday night.

“Clearly they’re trying to make sure they’ve got all their ducks in a row and they’ve got all the votes they need,” said Steve Ellis, with the conservative group Taxpayers for Common Sense, which is part of a coalition pushing for reform of the program.

Joshua Saks, the legislative director of the National Wildlife Federation, said one of the shortcomings of the compromise is that it does not ensure that the money for flood mitigation projects will ever be spent.

“We need an Apollo project of mitigation right now, we need billions right now up front,” Saks said, referring to the project that put a man on the moon.

Two prominent Republican members of the U.S. House announced last week they had struck a deal that would extend the life of the program that covers most of the nation’s flood-prone properties.

Last month, President Donald Trump signed a $36.5 billion disaster relief bill, including $16 billion in forgiveness of some debt in the National Flood Insurance Program, which insures about 5 million homes and businesses.