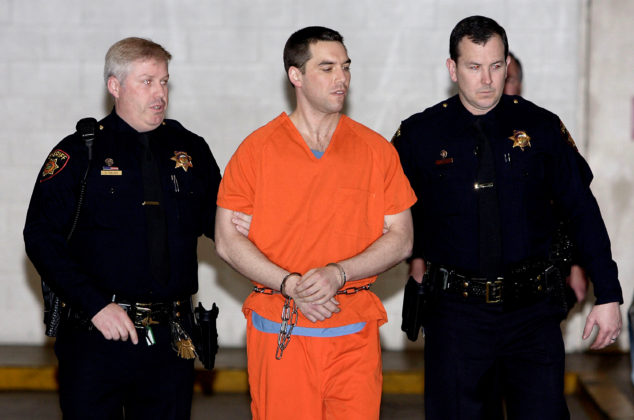 LOS ANGELES (Reuters) – Two months after winning a reversal of his death sentence, lawyers for Scott Peterson, the California man found guilty of murdering his wife and unborn child in a sensational 2004 trial, have persuaded the state’s high court to order a review of his conviction.

The California Supreme Court on Wednesday sent the case back to trial court in San Mateo County to consider Peterson’s contention that his conviction on two counts of murder be set aside on grounds of prejudicial misconduct by a member of the jury.

The high court ruled in August that the trial judge had erred in jury selection, but rejected Peterson’s appeal of his conviction in the 2002 slaying of his pregnant wife, Laci, who went missing on Christmas Eve that year.

In a nearly 300-page habeas corpus petition originally filed in 2015, Peterson’s attorneys outlined 19 claims arguing for a new trial, the first being that one juror concealed a possible bias against the defendant.

According to the petition, the juror “had lied her way onto” the panel by falsely denying that she had ever been the victim of a crime or involved in a lawsuit, even though, while pregnant, she had sought a restraining order against a boyfriend’s ex-girlfriend.

“Someone who has gone through an experience where someone was threatening their unborn child will probably have a perspective on charges brought against a defendant for harming an unborn child,” Cliff Gardner, an attorney for Peterson, told Reuters on Thursday. “They may come in with a bias that other people wouldn’t have.”

The California Supreme Court ordered the state to show “why the relief prayed for should not be granted on the ground that Juror No. 7 committed prejudicial misconduct by not disclosing her prior involvement with other legal proceedings.” Prosecutors were given until Nov. 13 to respond.

John Goold, a spokesman for prosecutors handling the motion, cautioned that the order does not automatically lead to a new trial, but requires the lower court to consider a single issue raised by Peterson’s defense team in challenging the conviction.