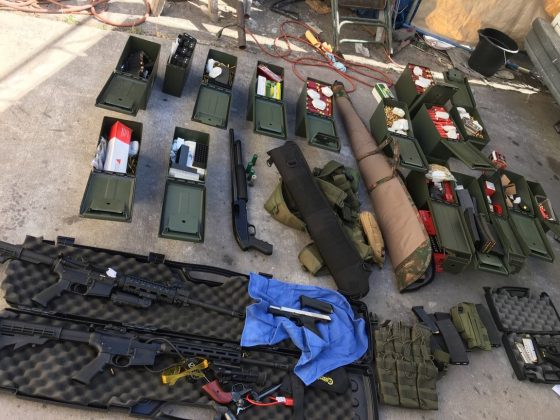 (Reuters) – A California man who threatened to attack a Marriott hotel where he worked because he was upset over an employment-related issue has been arrested on weapons charges, Long Beach police said.

Police said they found an arsenal that included illegal high-capacity magazines and an assault rifle at the home of Rodolfo Montoya, 37, after they were notified of the threat by a fellow employee of the Long Beach Marriott.

Montoya, who lives in nearby Huntington Beach, is being held on $500,000 bail after being charged with manufacturing and distributing assault weapons, possessing an assault weapon and making a criminal threat, police said.

The arrest comes amid a slew of threats in the past week to carry out mass shootings and follows actual firearms attacks since late July that killed at least 34 people in Gilroy, California, El Paso, Texas, and Dayton, Ohio.

“In recent months, we have seen several tragic incidents that have resulted in many lives lost,” Long Beach Police Chief Robert Luna said in a statement. “The witnesses who came forward and the diligence of our employees involved in this investigation very likely prevented a threat of violence and saved many lives.”

It was not immediately clear whether Montoya was represented by a lawyer.