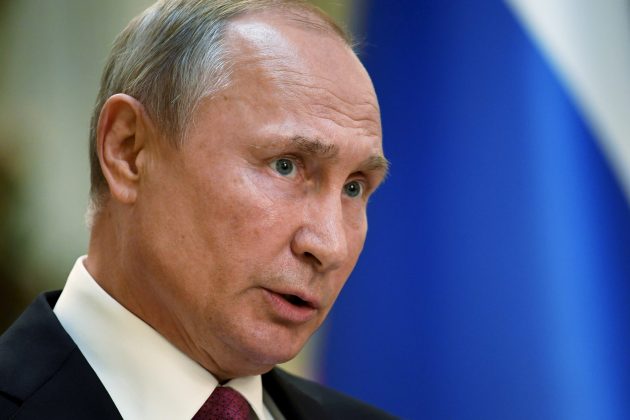 By Olesya Astakhova and Anne Kauranen

HELSINKI (Reuters) – Russian President Vladimir Putin said on Wednesday that a deadly blast at a military site in northern Russia earlier this month had taken place during the testing of what he called promising new weapons systems.

Putin said that Moscow could not reveal everything about the blast because of its military nature, but that information exchanges about such accidents should be improved.

“When it comes to activities of a military nature, there are certain restrictions on access to information,” Putin told a news conference in Helsinki, standing alongside Finnish President Sauli Niinisto.

He did not reveal which weapons system was being tested at the time of the blast on Aug. 8.

“This is work in the military field, work on promising weapons systems. We are not hiding this,” Putin said. “We must think of our own security.”

Russia’s state nuclear agency said this month that five of its staff members were killed and three others injured in a blast involving “isotope power sources” that took place during a rocket test on a sea platform. Two Russian military personnel were also reported to have been killed.

Putin said this week that there was no risk of increased radiation levels following the blast and that all necessary preventive measures were being taken.