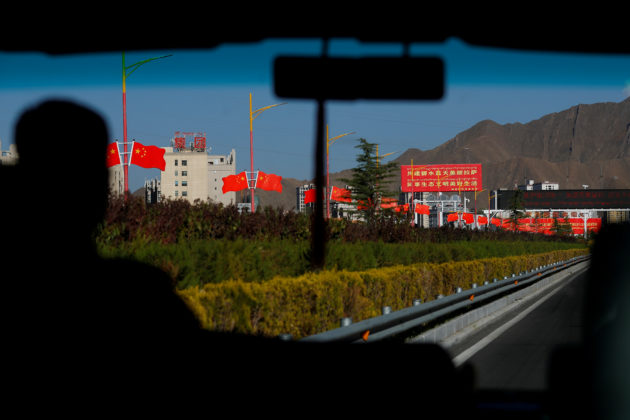 WASHINGTON/BEIJING (Reuters) – China accused the United States on Thursday of seeking to destabilize Tibet, after the Trump administration appointed a senior human rights official as special coordinator for Tibetan issues.

U.S. Secretary of State Mike Pompeo announced on Wednesday that Robert Destro, Assistant Secretary of State for Democracy, Human Rights and Labor, would assume the additional post, which has been vacant since the start of President Donald Trump’s term in 2017.

China has consistently refused to deal with the U.S. coordinator, seeing it as interference in its internal affairs.

“The setting up of the so-called coordinator for Tibetan issues is entirely out of political manipulation to interfere in China’s internal affairs and destabilize Tibet. China firmly opposes that,” Zhao said at a regular media briefing.

The appointment comes at a time when U.S.-China relations have sunk to the lowest point in decades over a range of issues, including trade, Taiwan, human rights, the South China Sea and the coronavirus.

Destro “will lead U.S. efforts to promote dialogue between the People’s Republic of China and the Dalai Lama or his representatives; protect the unique religious, cultural, and linguistic identity of Tibetans; and press for their human rights to be respected,” Pompeo said in a statement.

China seized control over Tibet in 1950 in what it describes as a “peaceful liberation” that helped the remote Himalayan region throw off its “feudalist” past.

“People of all ethnic groups in Tibet are part of the big family of the Chinese nation, and since its peaceful liberation, Tibet has had prosperous economic growth,” Zhao said.

Everyone in Tibet enjoyed religious freedom and their rights were fully respected, he added.

In July, Pompeo said the United States would restrict visas for some Chinese officials involved in blocking diplomatic access to Tibet and engaging in “human rights abuses,” adding that Washington supported “meaningful autonomy” for Tibet.

Despite that, Trump – unlike his predecessor Barack Obama – has not met the Dalai Lama during his presidency.

(Reporting by Matt Spetalnick in Washington and Cate Cadell in Beijing; Editing by Tom Brown and Alex Richardson)