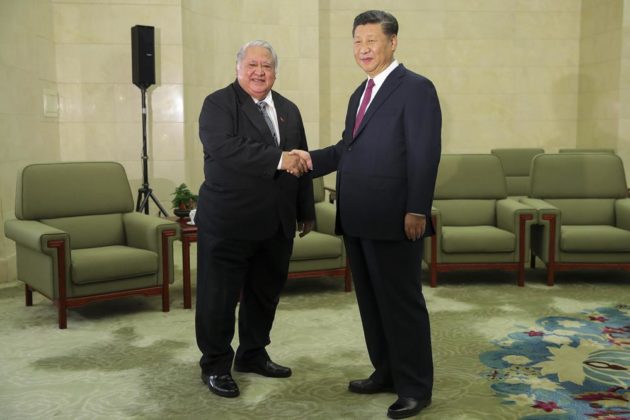 Samoa Prime Minister Tuilaepa Lupesoliai Sailele Malielegaoi, left, shakes hands with Chinese President Xi Jinping at the Great Hall Of The People Tuesday, Sept. 18, 2018, in Beijing. China wants 10 small Pacific nations to endorse a sweeping agreement covering everything from security to fisheries in what one leader warns is a “game-changing” bid by Beijing to wrest control of the region. (Lintao Zhang/Pool Photo via AP, File)