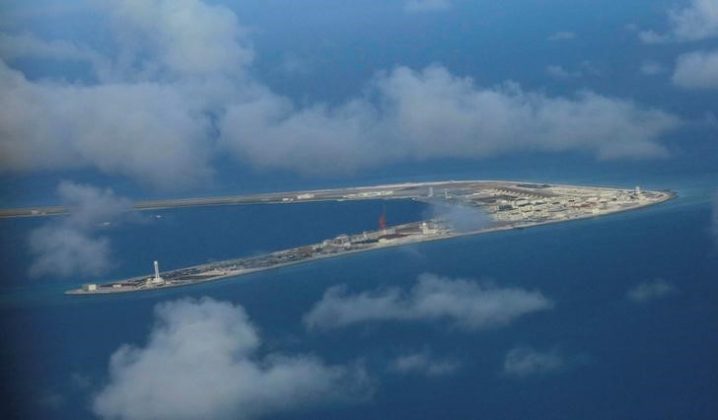 BEIJING (Reuters) – China on Tuesday welcomed a softer stand taken by Southeast Asian countries on the disputed South China Sea at a weekend summit, saying it showed efforts to ease tension were working.

The Association of South East Asian Nations (ASEAN) dropped references to “land reclamation and militarization” from its chairman’s statement this year at the end of its summit in the Philippine capital, Manila.

The reference had been included last year and was even in an earlier, unpublished version of the statement, seen by Reuters on Saturday.

China is not a member of the 10-member bloc and did not attend the summit but it is extremely sensitive about the content of its statements.

It has often been accused of trying to influence the drafting of statements to muzzle what it sees as challenges to its sweeping sovereignty claim.

Chinese Foreign Ministry spokesman Geng Shuang did not directly answer a question on whether China had exerted pressure over the statement.

“Since last year, with the joint efforts of China and ASEAN countries including the Philippines, temperatures in the South China Sea situation have gone down and things have eased up. I think this accords with the interests of countries in the region,” Geng told a daily news briefing.

“The relevant situation at this ASEAN summit again fully shows the positive changes in the South China Sea situation and that the joint wish of countries in this region is to seek stability, promote cooperation and seek development, and this should be respected and supported by all sides.”

China has reacted angrily to individual members of the regional bloc expressing their concern about its rapid reclamation of reefs in the Spratlys islands and its installation of missile systems on them.

Philippine foreign ministry official Zaldy Patron, who is in-charge of ASEAN affairs, said nobody at the summit had pushed strongly on the South China Sea issue, or mentioned anything about land reclamation and militarization.

“But on the other hand, the leaders highlighted improving relations between ASEAN and China,” Patron said in Manila.

The softer statement comes as Philippine President Rodrigo Duterte seeks to bury the hatchet with China after years of wrangling over its maritime assertiveness and over-lapping claims.

After lobbying from Duterte, China agreed to let Philippine boats back to the rich fishing ground of the disputed Scarborough Shoal following a four-year blockade.

China claims most of the South China Sea. Vietnam, the Philippines, Malaysia, Brunei and Taiwan also have competing claims that overlap with China’s.