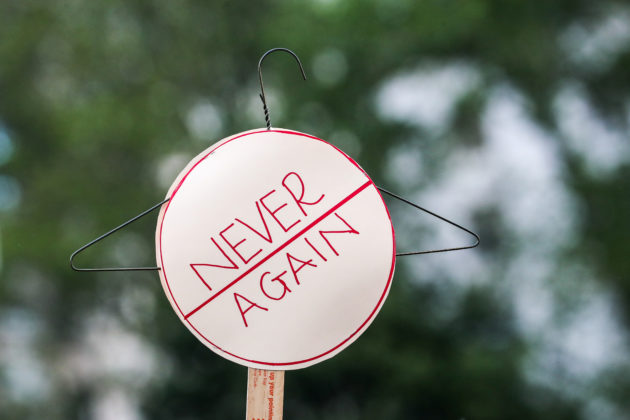 FILE PHOTO: Abortion-rights campaigners attend a rally against new restrictions on abortion passed by legislatures in eight states including Alabama and Georgia, in New York City, U.S., May 21, 2019. REUTERS/Jeenah Moon

NEW YORK (Reuters) – A divided federal appeals court on Wednesday ruled against anti-abortion protesters who have tried to discourage women from entering a reproductive health clinic in the New York City borough of Queens.

Ruling in favor of the New York attorney general’s office, the 2nd U.S. Circuit Court of Appeals rejected claims by the 13 protesters that a federal law and a similar state law protecting abortion providers and patients from attacks and threats of force violated their constitutional free speech rights.

In a 116-page decision, Circuit Judge Rosemary Pooler said the federal law was designed to be broad, “given the health risks women needing reproductive care face because of the increased stress, anxiety, and agitation” from misconduct by protesters.

The 2-1 majority also said New York faced irreparable harm absent an injunction against the Saturday morning protests at the Choices Women’s Medical Center in Jamaica because the protests, which began in 2012, could recur.

The appeals court returned the case to U.S. District Judge Carol Bagley Amon in Brooklyn, who in July 2018 rejected the state’s request for an injunction against the protests.

Neither the protesters’ lawyers nor the office of state Attorney General Letitia James had an immediate comment.

The lawsuit had been brought in 2017 by Eric Schneiderman, then New York’s attorney general.

He said protesters crowded women trying to enter the Choices clinic, made death threats to people trying to escort them, and blocked their path with posters purportedly of aborted fetuses.

Amon had found no proof that the protesters intended to “harass, annoy, or alarm” patients and their escorts.