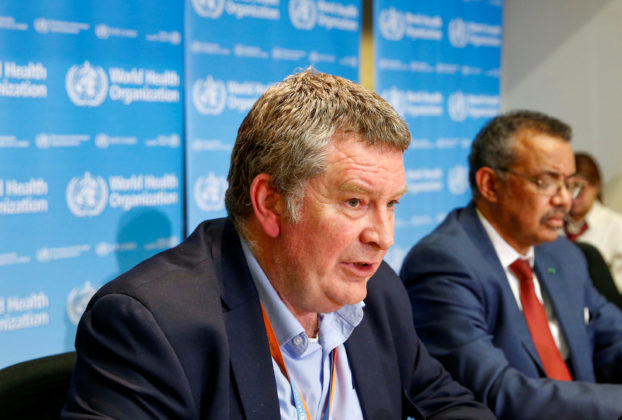 GENEVA/ZURICH (Reuters) – The global death toll from COVID-19 could double to 2 million before a successful vaccine is widely used and could be even higher without concerted action to curb the pandemic, an official at the World Health Organization said on Friday.

“Unless we do it all, (2 million deaths) … is not only imaginable, but sadly very likely,” Mike Ryan, head of the U.N. agency’s emergencies program, told a briefing on Friday.

He said young people should not be blamed for a recent increase in infections despite growing concerns that they are driving its spread after restrictions and lockdowns were eased around the world.

“I really hope we don’t get into finger wagging: it’s all because of the youth,” said Ryan. “The last thing a young person needs is an old person pontificating and wagging the finger.”

Rather, indoor gatherings of people of all ages were driving the epidemic, he said.

The WHO is continuing talks with China about its possible involvement in the COVAX financing scheme designed to guarantee fast and equitable access globally to COVID-19 vaccines, a week after the deadline for committing passed.

“We’re in discussions with China about the role they may play as we go forward,” said Bruce Aylward, WHO senior adviser and head of the ACT-Accelerator program to back vaccines, treatments and diagnostics against COVID-19.

He confirmed that Taiwan has signed up to the scheme, even though it is not a WHO member, bringing the total to 159 participants. Some 34 are still deciding.

Talks with China also include discussion of the world’s second-largest economy potentially supplying vaccines to the scheme, he said.

The UN agency published on Friday draft criteria for the assessment of emergency use of COVID-19 vaccines to help guide drugmakers as vaccine trials reach advanced stages, said WHO assistant director-general, Mariangela Simao.

The document will be available for public comment until Oct. 8, she said.

Earlier on Friday, a Chinese health official said the WHO had given its support for the country to start administering experimental coronavirus vaccines to people even while clinical trials were still underway.