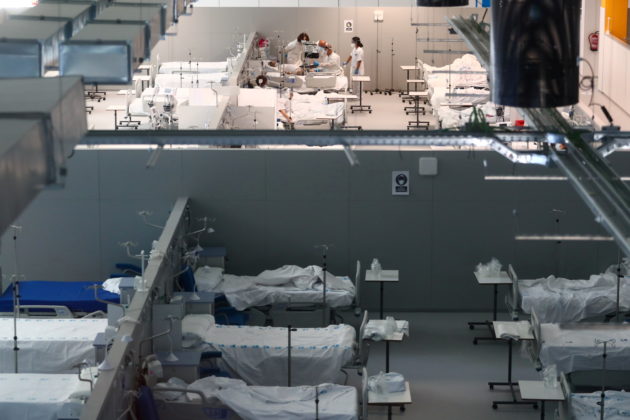 Half a year later, COVID-19 patients still have symptoms

Most patients hospitalized with COVID-19 have at least one symptom six months after falling ill, according to findings from a study in Wuhan, China, where the novel coronavirus first emerged in late 2019. Doctors there tracked 1,733 patients who were diagnosed and hospitalized between January, 2020 and May. Six months later, 76% had at least one symptom including fatigue or muscle weakness (seen in 63%), sleep difficulties and anxiety or depression. Most of those who had been severely ill had ongoing lung problems and chest abnormalities that could indicate organ damage, while 13% of patients whose kidneys functioned normally in the hospital went on to develop kidney problems later, researchers reported on Friday in The Lancet. “We are only beginning to understand” some of the long-term effects of COVID-19, study coauthor Bin Cao from the China-Japan Friendship Hospital in Beijing said in a statement. “Our analysis indicates that most patients continue to live with at least some of the effects of the virus after leaving hospital,” highlighting the need for post-discharge care.

An experimental inhaled form of interferon being tested for treating hospitalized COVID-19 patients may not have a limitation researchers had feared. A potential problem with interferon is that it increases levels of a protein called ACE2, which the new coronavirus uses as a gateway into cells. In test tube experiments, researchers looked at cells that line the path from the nose into the lungs and discovered there are actually two forms of ACE2 – the well known one and a short form that lacks the entryway used by the virus. Interferon increases the short form of ACE2 but not the longer form, they found, which means it does not appear to boost entry points for the virus. “We were excited to discover a new form of ACE2,” Dr. Jane Lucas of the University of Southampton, who co-led the study reported on Monday in Nature Genetics, said in a statement. “We believe this may have important implications for managing COVID-19 infection.” An inhaled interferon from Synairgen Plc is being tested in late-stage trials.

The amount of the new coronavirus in saliva might help guide doctors’ care of patients because it is a better predictor of disease course than viral load in swab samples obtained from the nose and the back of the throat, researchers said. They studied 26 mildly ill COVID-19 patients, 154 hospitalized patients – including 63 who became critically ill and 23 who eventually died – and 108 uninfected individuals. Saliva viral load, but not nasopharyngeal viral load, was linked with COVID-19 risk factors like age and gender, and with immune system responses. Saliva viral load was also superior to nasopharyngeal viral load at predicting critical illness and death, the researchers reported on Wednesday on medRxiv ahead of peer review. Saliva contains inhaled germs that are cleared from the lungs by the body’s protective mechanisms, coauthor Akiko Iwasaki of Yale University explained in a tweet on Sunday. The saliva viral load therefore reflects how well the virus is making copies of itself all the way through the respiratory tract, from the nose to the lungs, and not just in the nose and back of the throat, Iwasaki said.