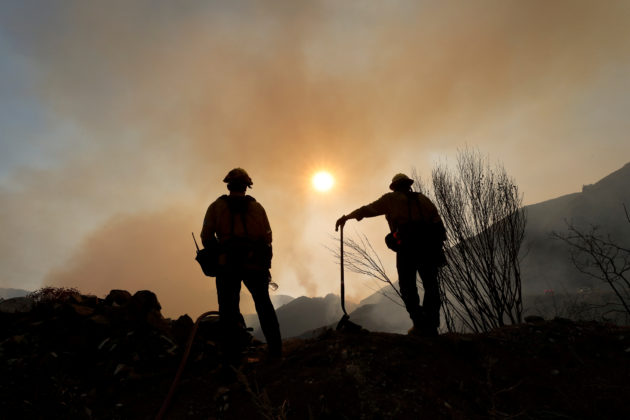 Firefighters work at the site of the Bobcat Fire burning near Mount Wilson in the Angeles National Forest, near Los Angeles, U.S., September 23, 2020. REUTERS/Mario Anzuoni