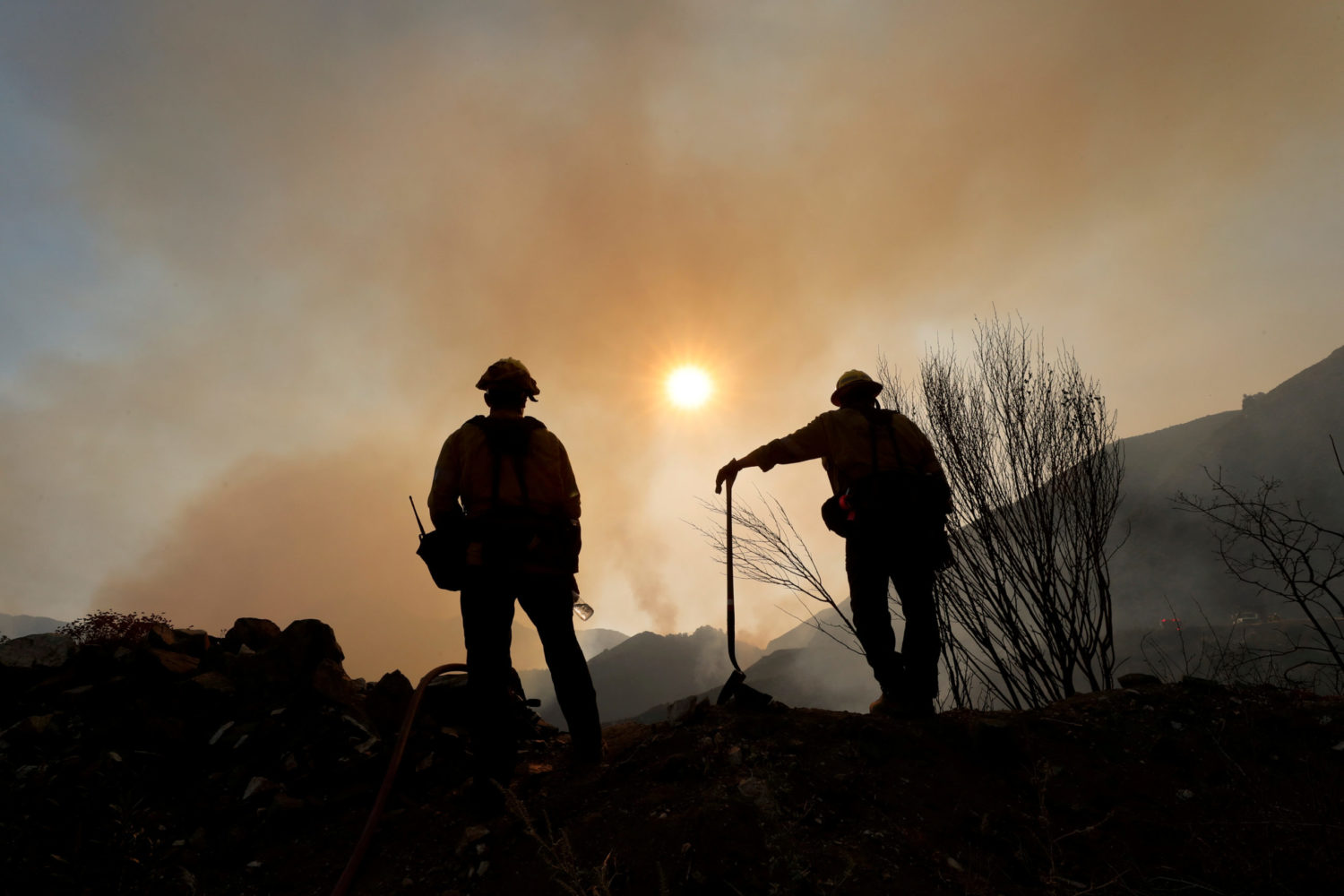 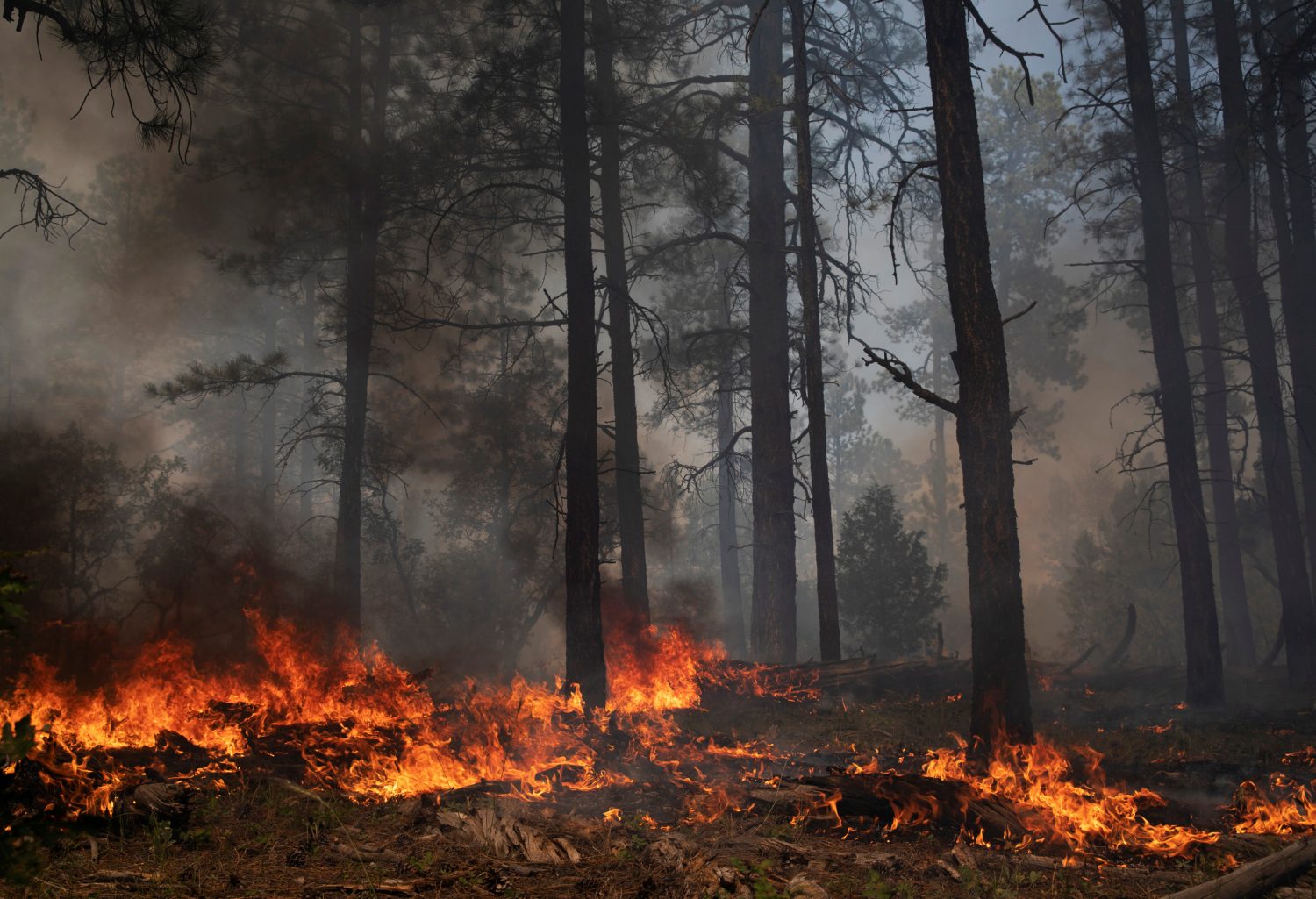 COYOTE, N.M. (Reuters) – It was the kind of fire that has terrified communities across the drought-ridden U.S. West in the past few years: a ponderosa pine forest ablaze in the mountains of New Mexico filling the air with thick, aromatic smoke.

Except this fire was deliberately set by state penitentiary prisoners, dressed in red flame-resistant clothing and dripping a mix of gasoline and diesel around trees and scrub.

The managed burn — a low-intensity controlled fire – was meant to clear undergrowth and protect the Santa Fe National Forest, and surrounding villages, from future wildfires that are growing more frequent and severe across the West with climate change.

After a century of trying to extinguish blazes within hours, U.S. forest managers are increasingly starting them or letting natural fires burn to clean out fuel that can turn a wildfire into a catastrophe that destroys watersheds and homes.

Above-average moisture levels this summer have reduced the number of large wildfires across the country and allowed more controlled fires that mimic lightning strikes.

“We learned from our mistakes of putting fires out, building up a continuous fuel base,” said James Casaus, the U.S. Forest Service (USFS) official running the managed fire near mountains where his grandfather used to burn forest clearings to improve sheep pasture.

The federal shift took on new urgency after wildfires burned over 10 million acres in both 2015 and 2017, the highest rates since 1952, according to National Interagency Fire Center data. At the same time, federal and state firefighting costs more than tripled to more than $4.5 billion in the decade to 2018.

The tipping point came last year when flames engulfed Paradise, California, killing 86 people in the state’s deadliest wildfire on record as the number of homes and structures destroyed nationwide more than doubled from 2017.

Walking around the ruins of Paradise, President Donald Trump blamed the tragedy on California’s poor forest management, even though the blaze began in an area of federal forest.

In December, he signed an executive order to speed projects to reduce “hazardous fuels” through forest thinning, burning and a nearly 20% increase in USFS timber sales.

The USFS, distrusted by some environmentalists for its role as a giant timber agency during much of its history, in June proposed a change to the National Environmental Policy Act (NEPA) to exclude certain projects from environmental assessments (EAs) and public comment to speed hazardous fuel and restoration work.

Controversially, these categorical exclusions included projects to log up to 6.6 square miles (17.09 square km) of forest and were not limited to areas near communities but applied to all national forests.

“What this rule does is it is an excuse to ramp up damaging logging and road-building on national forests,” said Randi Spivak, public lands director for the Tucson, Arizona-based Center for Biological Diversity, who expected the move to be challenged in court.

In an emailed statement, USFS Chief Vicki Christiansen said logging played a role in fuel reduction work, but most of it was achieved by other means.

She said studies of hundreds of past USFS projects showed activities earmarked for exclusion from EAs and public comment posed no significant impact to forest health.

“We found we do more analysis than we need, take more time than we need and slow down important work to protect communities, livelihoods and resources,” she said.

Christiansen expects the 2020 budget for the fiscal year beginning Oct. 1 to drive hazard fuel reduction long held back by the cost of fighting fires.

USFS fire suppression costs have skyrocketed since the 1980s as the agency found itself defending the mushrooming number of U.S. homes in areas at risk to wildfires.

Firefighting consumed 57% of the USFS budget in 2018, up from 16% in 1995, forcing the agency to raid other internal programs to pay for rising suppression costs.

Christiansen expects USFS hazardous fuel and restoration work to remain at around 3.4 million acres in 2019 but sees projects increasing in 2020 when “fire borrowing” ends following creation of a disaster fund to pull from should suppression costs go over budget.

“This will make our agency budget more stable and will free up funds to accomplish critical on-the-ground work that creates healthy, resilient forests,” Christiansen said.

U.S. states, which share the burden of frontline and prescribed burns, want some of those liberated funds, given forecasts that wildfire acreage and severity will continue to climb, said Jay Farrell, executive director of the National Association of State Foresters.

Back in New Mexico, Daniel Lara sloshes burning fuel onto scrub oak as fellow New Mexico State Penitentiary inmates torch trees and scrub that, if left to grow, can send fires into the forest canopy, creating a blaze that is difficult to contain.

“It needs to be thinned out, all of it,” says Lara, who received a week’s classroom training, as he started his 12-hour shift in the forest. “Hopefully we’ll get it done.” 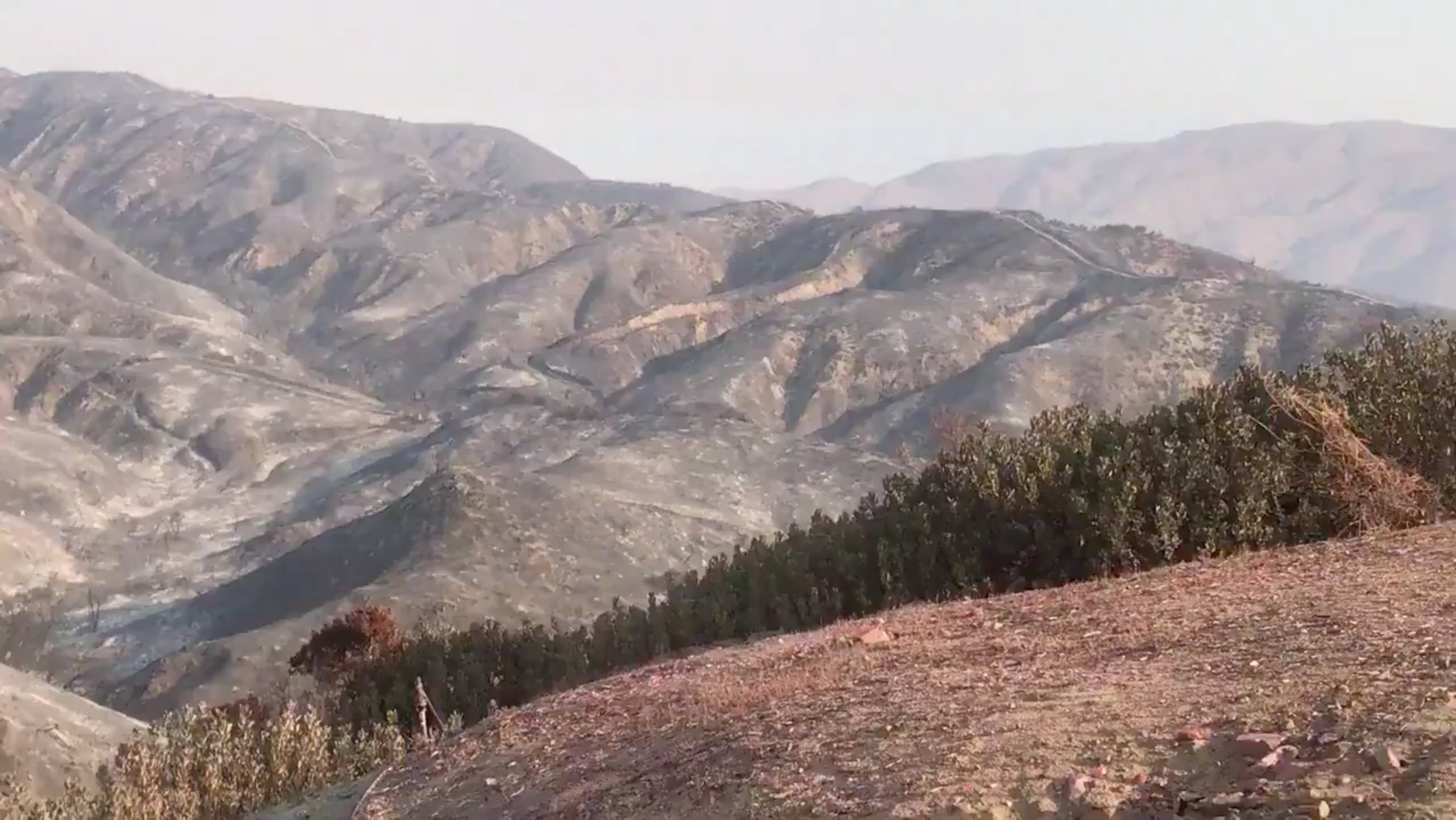