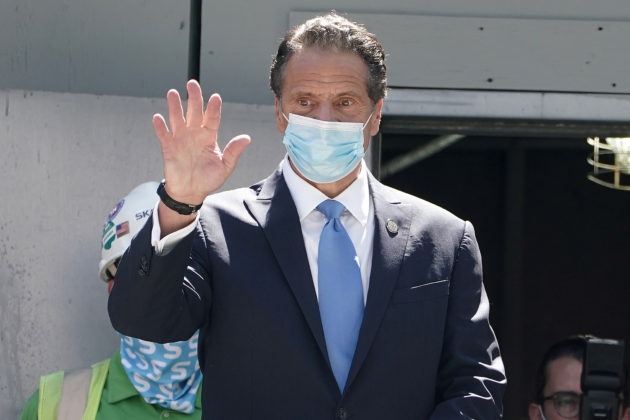 (Reuters) – New York Governor Andrew Cuomo on Thursday said the state will carry out its own review of coronavirus vaccines authorized or approved by the federal government due to concerns of politicization of the approval process.

Cuomo, a Democrat who has repeatedly criticized President Donald Trump and his administration’s handling of the coronavirus pandemic, told reporters at a briefing he was going to form a review committee to advise the state on the safety of a vaccine.

A spokeswoman for the U.S. Food and Drug Administration declined to comment on governor’s remarks. On Wednesday, FDA Commissioner Stephen Hahn told a U.S. Senate committee that the agency would only approve a vaccine that was safe and effective.

Recent statements by Trump and his secretary of Health and Human Services (HHS) on authorization of COVID-19 vaccines currently in late stages of testing have caused concern among health experts that FDA decisions can remain independent of politics.

“The way the federal government has handled the vaccine, there are now serious questions about whether or not the vaccine has become politicized,” Cuomo said.

The U.S. Centers for Disease Control and Prevention (CDC) and U.S. Department of Defense and HHS officials will allocate authorized vaccines to the states, which are then expected to handle most distribution, the agencies have said.

Cuomo said a committee of state experts will devise a distribution and implementation plan for approved vaccines that would also determine who gets vaccinated first.

While all U.S. states are expected to come up with vaccine distribution plans, conducting an independent safety review would be a most unusual move.

Trump has repeatedly said a vaccine for COVID-19 could be ready for distribution ahead of the Nov. 3 presidential election.

On Wednesday, Trump said he may not approve any new, more stringent FDA standards for an emergency authorization of a COVID-19 vaccine, saying such a proposal would appear political.

The Washington Post reported on Tuesday that the FDA would issue the guidance to boost transparency and public trust over fears it was being pressured to rush out a vaccine.

“We’re looking at that and that has to be approved by the White House. We may or may not approve it,” Trump told a White House news conference, when asked about the report.