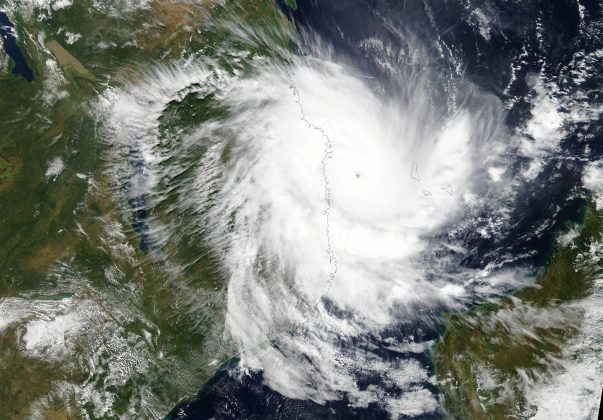 In Comoros, the winds caused widespread power outages in the northern part of the main island, Grande Comore, and the capital Moroni as well as on the island of Anjouan, residents said.

By Thursday afternoon, the cyclone was making its way to Mozambique, just over a month after Cyclone Idai tore through central Mozambique, virtually flattening the port city of Beira, flooding an area the size of Luxembourg and killing more than 1,000 people across the region.

Kenneth may strengthen before it makes landfall on the continent, said Dipuo Tawana, forecaster at the South African Weather Service.

It could bring seven- to nine-meter waves and a three-meter storm surge, she said, and was likely to linger over Mozambique, dumping rain until late Monday evening, bringing a risk of intense flooding.

“The rainfall that we forecast for the next four days in the northeastern part of Mozambique – we have between 500 and 1,000 millimeters (19.5 to 39 inches) of rain,” Tawana said.

In Comoros, a Reuters correspondent saw fallen trees and debris from homes scattered over streets, and houses with their roofs torn off.

President Azali Assoumani told reporters that three people had been were killed and several others injured.

A few taxis were driving around the center of Moroni on Thursday morning as police and soldiers cleared blocked roads. Government offices and schools were closed.

In Mozambique, authorities said on Wednesday that five rivers as well as coastal waterways could overflow, putting over 680,000 people at risk from the storm.

Antonie Beleza, deputy national director of Mozambique’s Centre for Emergency Operations, said the center had been telling people for days to move out of 17 at-risk districts.

“There were some people, they didn’t want to move as of yesterday, so now we are just taking them out,” he said by phone from the northern port town of Pemba. At least 5,000 people had moved out.

The energy firm Anadarko, which is developing large natural gas fields off Mozambique, said it had suspended air transportation in and out of the site as a precaution.

Exxon Mobil , also involved in the fields, said its operations were normal for now, but that it was monitoring the situation.