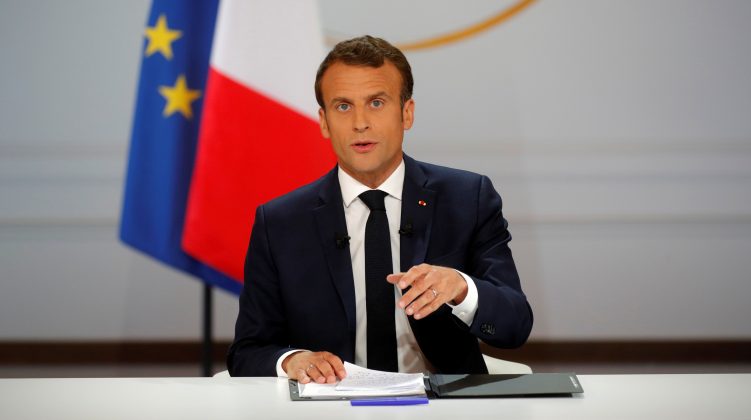 French President Emmanuel Macron speaks during a news conference to unveil his policy response to the yellow vests protest, at the Elysee Palace in Paris, France, April 25, 2019. REUTERS/Philippe Wojazer

PARIS (Reuters) – French President Emmanuel Macron pledged on Thursday to cut tax further and said the French would have to work more as he outlined his response to months of anti-government protests that have challenged his authority.

Two years into his presidency, Macron is under pressure to deliver policies to quell the five-month old “yellow vest” movement, after a first salvo of measures worth 10 billion euros ($11.13 billion) last December failed to put the genie back in the bottle.

Macron said he wanted a “significant” cut in income tax, which would be financed by closing loopholes, squeezing government spending, but the French would also have to work more.

Although the number of demonstrators has declined since a peak in November, protesters clashed with police for a 23rd straight week last Saturday.

Thursday’s response is the result of a three-month long national debate, during which Macron rolled up his sleeves to discuss issues from high taxes to local democracy and decaying shopping streets with mayors, students and hard-up workers.

He stuck to his guns on Thursday, however, about the bulk of reforms his government has already implemented.

“I asked myself: Should we stop everything that was done over the past two years? Did we take a wrong turn? I believe quite the opposite,” Macron told a news conference, the first of his presidency in the Elysee Palace.

The street rebellion erupted over planned diesel tax hikes last November but morphed into a broader backlash against inequality and a political elite perceived as having lost touch with the common person.

Macron, who swept to power promising to “transform France” and “make work pay”, has seen his ambitious reform agenda derailed by the unrest. Pension and unemployment insurance reforms planned for 2019 have made little progress so far.