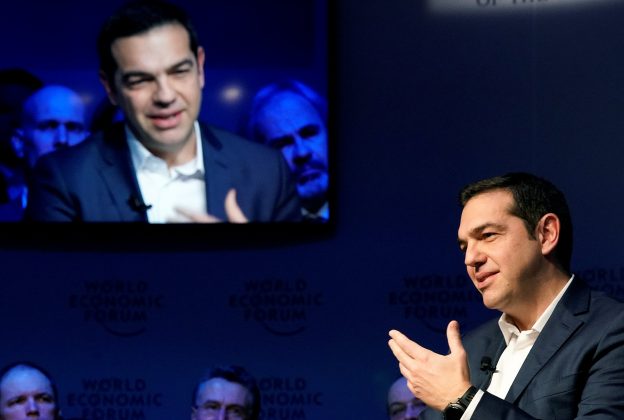 Tsipras was speaking at the World Economic Forum in Davos in a discussion about stabilizing the Mediterranean and addressing the migration crisis.

Hundreds of thousands of refugees and migrants crossed from Turkey into Greece and further into the European Union at the height of the migration crisis in 2015. It coincided with Greece negotiating its third financial bailout from international creditors to stave off bankruptcy.

Tsipras, who came to power in early 2015, said he took the helm at a very difficult time for Greece which didn’t only have to grapple with its worst debt crisis and the refugee crisis, but also an “aggressive neighbor, sometimes unpredictable with an aggressive military activity in the Aegean,” Tsipras said.

NATO partners Greece and Turkey have a long history of differences that have outlived the Cold War, ranging from jousting over airspace in the Aegean Sea to minority rights and the ethnically split island of Cyprus.

The two now cooperate in a deal brokered between Ankara and the European Union in March 2016 aimed at slowing migrant flows. Tsipras described the deal, which has been criticized by human rights groups, as ‘a difficult but necessary agreement’.

Tsipras said that implementing the agreement, making sure that international laws were not being violated as Greece has been processing thousands of asylum requests, and ensuring that national interests were also safeguarded, was important.

“At the same time we have to take a decision on what we are going to do with this aggressive behavior of Turkey,” he said in response to an observation that Turkey could change its mind on the migration deal at any time.

“For somebody (sic), it is very easy to be also aggressive if they are living in Luxembourg or Netherlands, because their neighbors are Belgium and Luxembourg, and not Turkey. But it’s not so easy for us.”