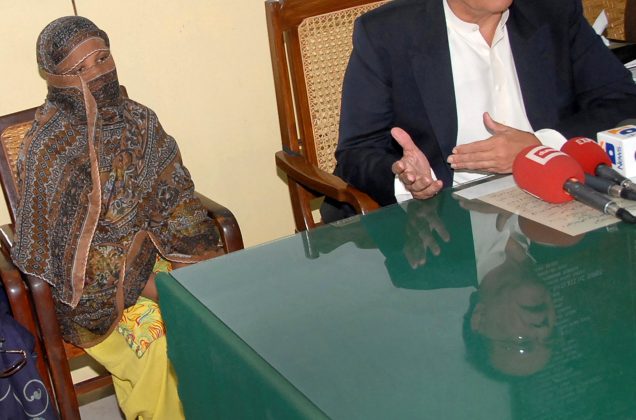 FILE PHOTO: Governor of the Punjab Province Salman Taseer is reflected as he speaks to the media after meeting with Asia Bibi, a Pakistani Christian woman who has been sentenced to death for blasphemy, at a jail in Sheikhupura, located in Pakistan's Punjab Province November 20, 2010. REUTERS/Asad Karim/File Photo