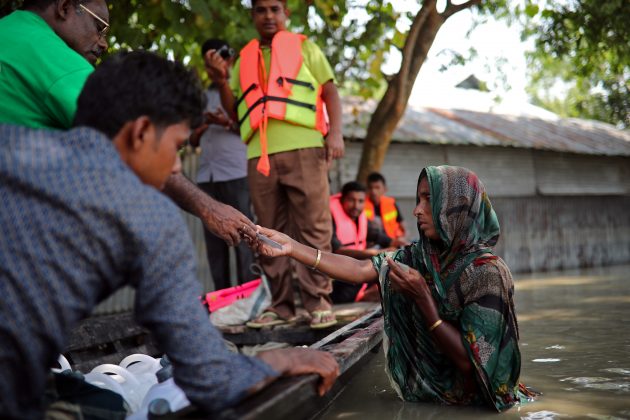 By Serajul Quadir and Sudarshan Varadhan

DHAKA/NEW DELHI (Reuters) – The death toll from severe flooding in parts of India, Nepal and Bangladesh rose to more than 300 on Monday, even as heavy rains are starting to ebb and water levels started to recede in some of the worst-affected areas.

Heavy rains and overflowing rivers swamped vast swathes of eastern India more than a week ago, and officials on Monday said so far 102 people have died in Bihar state, 35 more than what the state government had estimated on Thursday.

Torrential rains in Bangladesh killed more than 47 people in the last two weeks and at least 120 are missing and feared dead following severe floods and landslides in mostly mountainous Nepal, authorities from the two countries said. 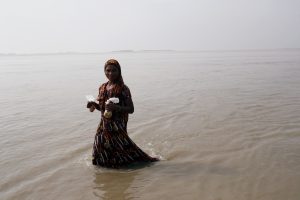 Parts of Pakistan have also been flooded.

In Bangladesh, at least 700,000 people have been displaced.

Deaths due to flooding in the region more than doubled in the last five days.

At least five districts in central Bangladesh are at the risk of being flooded, as water levels of two rivers are still rising, an official at the Bangladesh Water Development Board told Reuters.

Authorities are struggling to deliver relief supplies to marooned people.

“We have enough relief materials but the main problem is to reach out to the people,” Foyez Ahmed, deputy commissioner of Bangladesh’s Bogra district, said. “We don’t have adequate transport facilities to move to the areas that are deep underwater.”

In India’s tea-growing state of Assam, close to the border of Bangladesh, severe flooding has displaced millions of people and killed more than 60, officials have said.

Separately, at least 32 people were killed on Sunday in lightning strikes in Uttar Pradesh, India’s most populous state in the north.

India’s weather office on Monday forecast “extremely heavy” rain in four of the 14 districts of the southern state of Kerala.

Kerala last year faced its worst floods in about a century, with heavy rain and landslides killing nearly 500 people, destroying houses and wiping out farmlands.

Monsoon rains, which deliver 75% of India’s annual rain, have not been evenly distributed.

The Himalayan region has received substantially more rain than some of the areas in the plains, where rainfall deficiency has widened to 60%, according to the state-run India Meteorological Department.