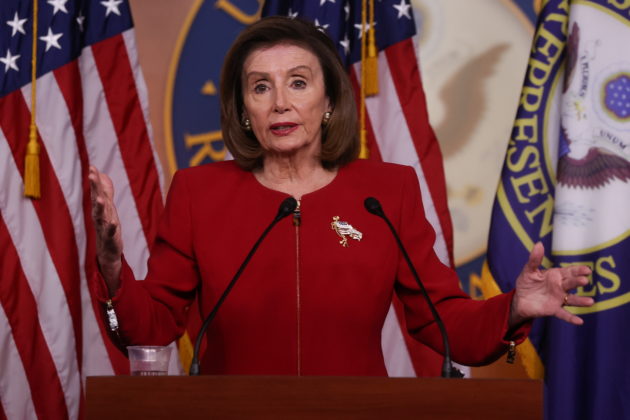 WASHINGTON (Reuters) – Democrats will not include a provision to raise the federal government’s borrowing limit in a $3.5 trillion “reconciliation” spending measure they hope to pass this autumn, U.S. House Speaker Nancy Pelosi said Wednesday.

Pelosi said the $28.5 trillion debt limit must be raised, but told a news conference she would not say whether this would be included in a must-pass bill to keep the government running, expected at the end of September.

“I am not here to talk about where” the debt limit would be raised, “but it won’t be in reconciliation,” she told reporters. Democrats are currently crafting the reconciliation package, a sweeping social spending bill, and hope to pass it in the coming weeks.

Senior congressional Republicans have vowed not to vote for an increase of the debt limit, instead urging Democrats to pass it without their votes through the reconciliation maneuver. Failure to increase the limit could lead to a shutdown of the federal government – something that has happened three times in the past decade.

Treasury Secretary Janet Yellen on Wednesday again urged Congress to tackle the debt ceiling, saying it was unclear how long Treasury’s efforts to temporarily finance the government would last and citing ongoing economic worries over the pandemic.

The “most likely outcome is that cash and extraordinary measures will be exhausted during the month of October,” Yellen wrote in a letter to lawmakers.

Leaders of the Democratic-led Senate and House of Representatives are expected to force votes to lift the debt limit in late September.

Senate Majority Leader Chuck Schumer, speaking to reporters on Wednesday, also declined to say whether the debt limit will be included in what is called a continuing resolution that must be passed by the end of September to keep government operations funded.

Both Pelosi and Schumer noted that when Donald Trump was president, Democrats supported debt limit increases, and urged Republicans to back one now.