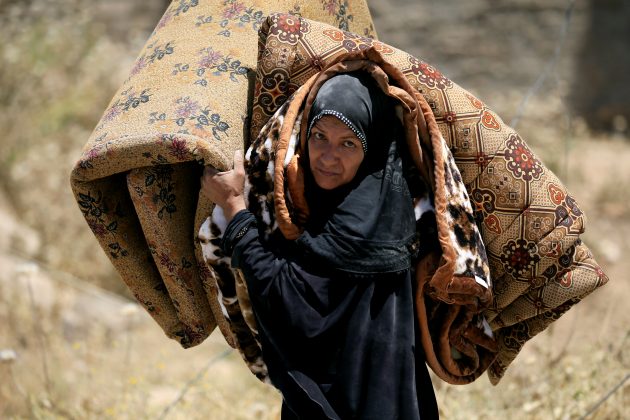 Zanjili is part of the enclave that remains in the hands of Islamic State in the northern Iraqi city, alongside the Old City centre and the Medical City hospitals complex.

U.S.-backed Iraqi government forces retook eastern Mosul in January and began a new push on Saturday to capture the enclave where about 200,000 people are trapped, regularly dropping leaflets telling families to flee.

The wounded from Zanjili were taken to a field clinic, a police officer told Reuters, adding that more people could have been killed while trying to flee. They were part of the first group of civilians who have managed to escape.

The population in the Islamic State-held enclave live in harrowing conditions, running low on food, water and medicine, and with limited access to hospitals, the United Nations said on Sunday.

The militants began moving their prisoners out of the Medical City district as Iraqi forces advanced on them, two residents speaking by phone said, asking not to be identified.

Islamic State used basements in the Medical City as jails for former army and police officers and also people violating a code of conduct which forbids such activities as selling cigarettes and smoking.

The militants ordered dozens of families living in Zanjili district to move into the Old City to prevent them escaping toward the Iraqi forces, a resident told Reuters on Wednesday.

The Mosul offensive, now in its eighth month, has taken much longer than expected, with Iraqi government advances slowed by the need to avoid civilian casualties. 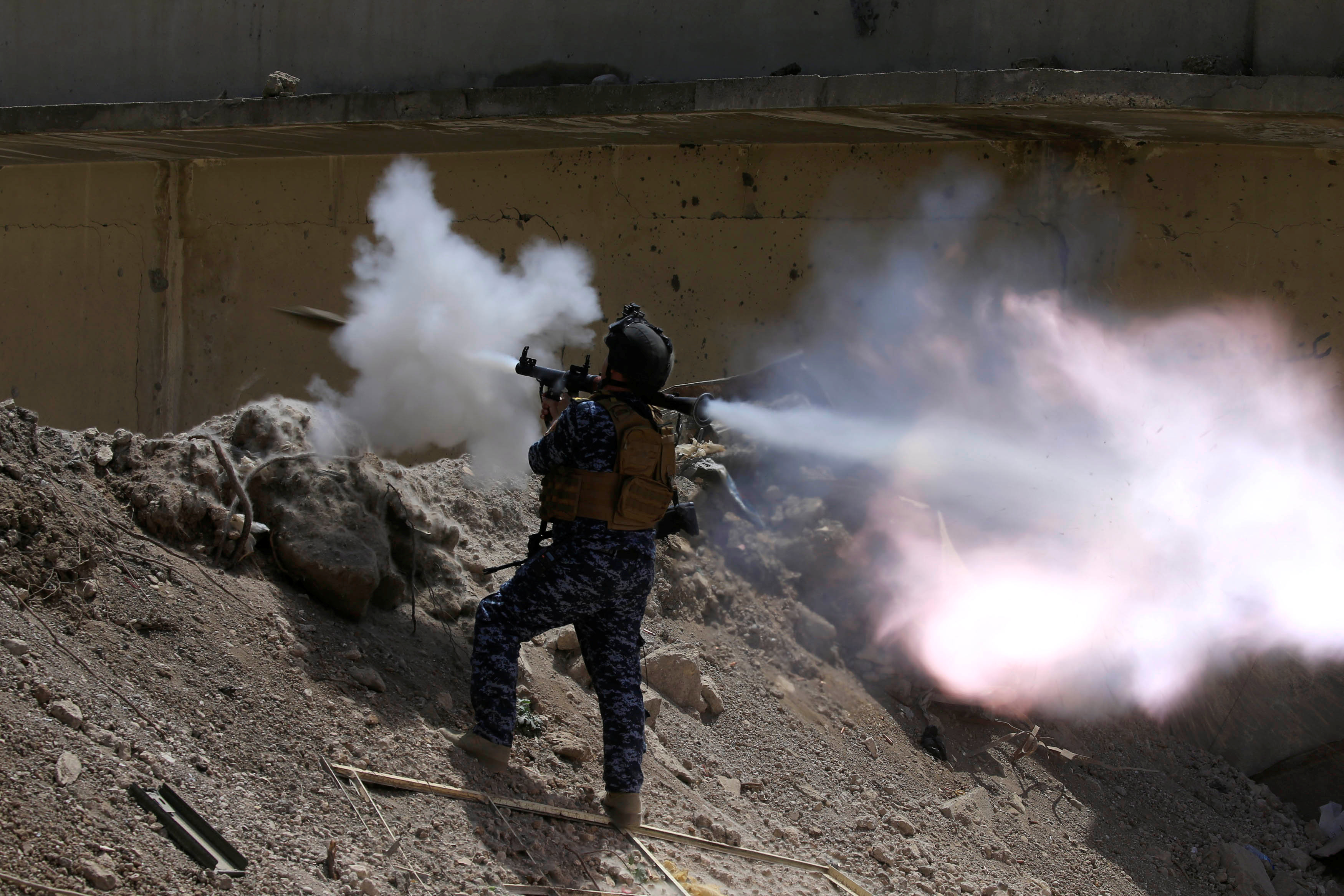 An Iraqi Federal Police member fires an RPG towards Islamic State militants during a battle in western Mosul. REUTERS/Alaa Al-Marjani

The fall of the city would, in effect, mark the end of the Iraqi half of the ”caliphate” declared in 2014 over parts of Iraq and Syria by Islamic State leader Abu Bakr al-Baghdadi, in speech from a historic mosque in Mosul’s old city.

In Syria, Kurdish forces backed by U.S.-air strikes are besieging Islamic State forces in the city of Raqqa, the militants’ de facto capital in that country.

The militants have been countering the offensive with suicide car and motorbike bombs, snipers, booby-traps and mortar fire.

About 700,000 people, about a third of the pre-war city’s population, have already fled, seeking refuge either with friends and relatives or in camps. 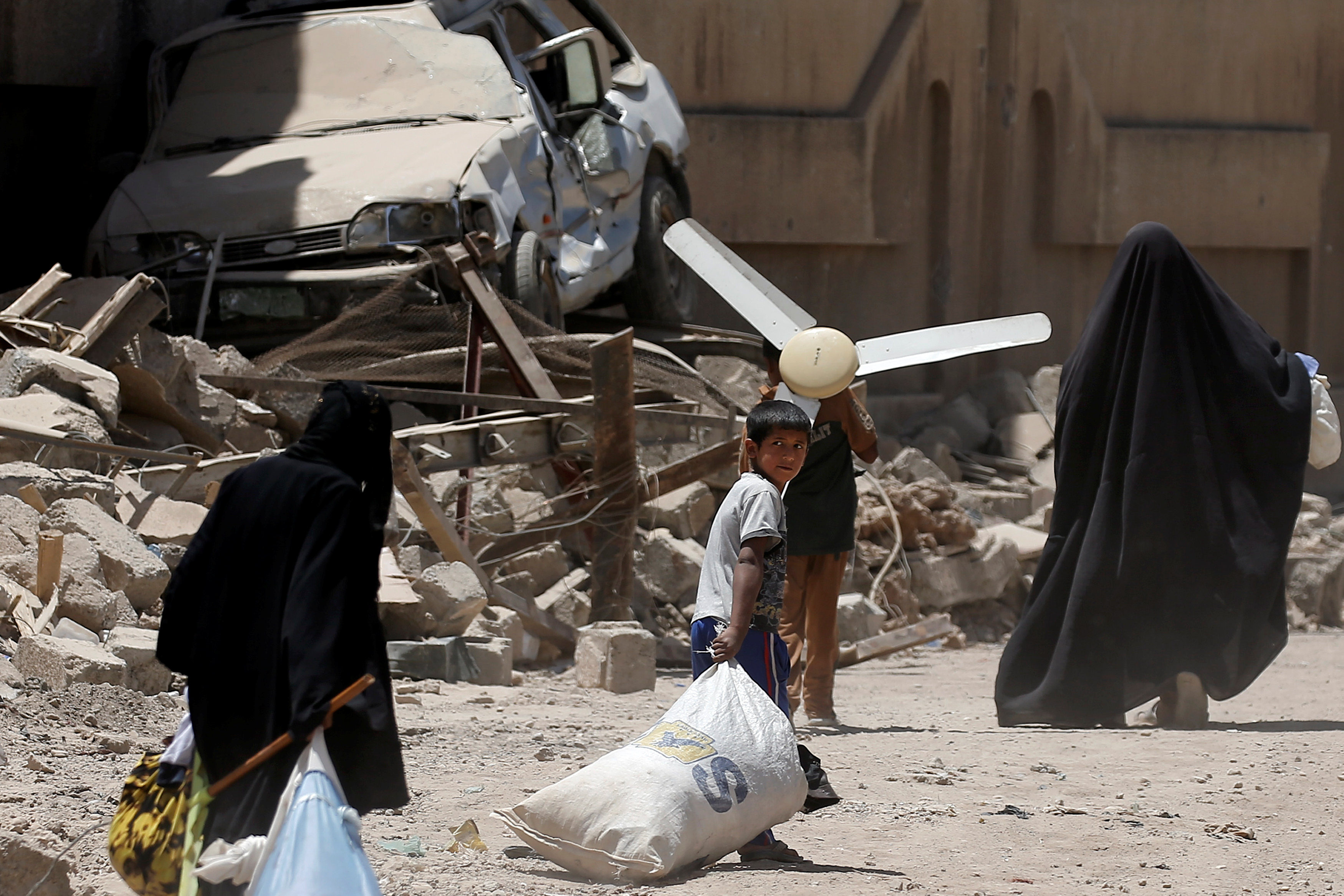 Displaced Iraqi people carry their belongings as they flee from western Mosul, Iraq May 31, 2017. REUTERS/Alkis Konstantinidis