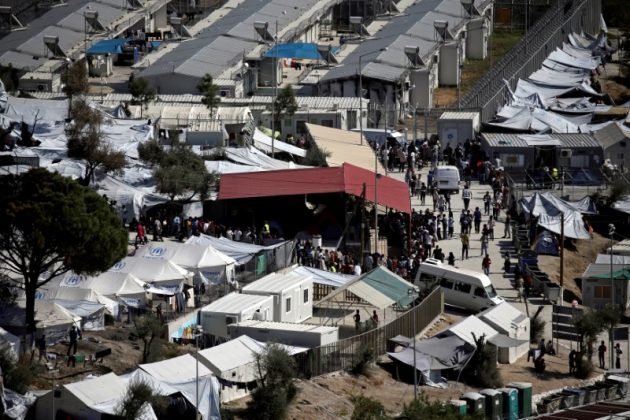 FILE PHOTO: Refugees and migrants line up for food distribution at the Moria migrant camp on the island of Lesbos, Greece October 6, 2016. REUTERS/Alkis Konstantinidis/File Photo