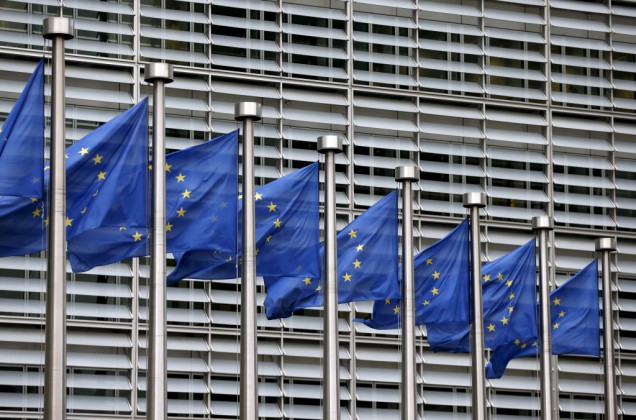 Matthew 24:6,7 Then he said to them: “Nation will rise against nation, and kingdom against kingdom. 7 There will be great earthquakes, famines and pestilences in various places, and fearful events and great signs from heaven.

BRUSSELS (Reuters) – The European Union executive is considering whether to make U.S. and Canadian citizens apply for visas before traveling to the bloc, a move that could raise tensions as Brussels negotiates a trade pact with Washington.

Only Britain and Ireland have opt-outs from the 28-nation EU’s common visa policy and the European Commission must decide by April 12 whether to demand visas from countries who have similar requirements in place for one or more EU state.

Washington and Ottawa both demand entry visas from Romanians and Bulgarians, whose states joined the EU in 2007. The United States also excludes Croatians, Cypriots and Poles from a visa waiver scheme offered to other EU citizens.

“A political debate and decision is obviously needed on such an important issue. But there is a real risk that the EU would move towards visas for the two (Americans and Canadians),” an EU source said.

Whether such a step was practical, however, was in question given that it would seriously undermine the EU’s vast and lucrative tourist industry. The U.S. and Canadian missions to Brussels were not immediately available for comment.

The discussion, prompted by U.S. and Canadian refusals to waive their visa requirements for holders of some EU member states’ passports, will take place on Tuesday, just over a week before U.S. President Barack Obama arrives in Europe on a visit that will include trade talks.

Trade negotiations between Brussels and Washington are at a crucial point since both sides believe their transatlantic agreement, known as TTIP, stands a better chance of passing before Obama leaves the White House in January.

Obama is due to visit Britain before meeting German Chancellor Angela Merkel at a trade fair in Hanover on April 24.

“There are major question marks over TTIP, no one could now say exactly how it’ll go in the end. We’ll see if we can get Obama in Hanover to commit to more of what we want,” said one European Parliament member tracking TTIP.