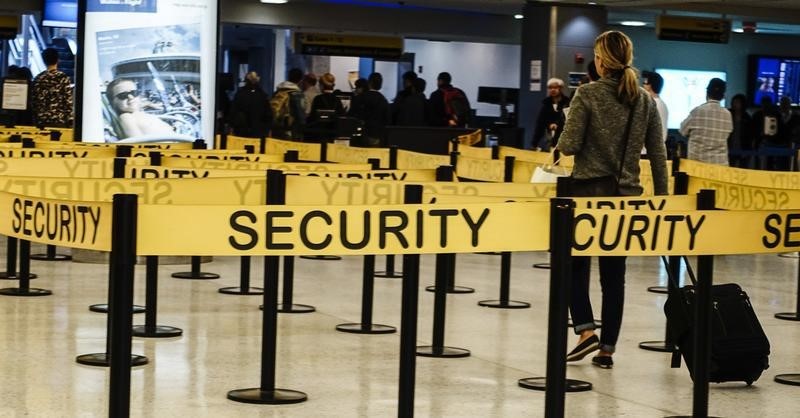 Passengers make their way in a security checkpoint at the International JFK airport in New York October 11, 2014. REUTERS/Eduardo Munoz

WASHINGTON (Reuters) – Republicans and Democrats in the Senate reached a deal on Thursday to boost travel security at airports in the aftermath of the Brussels attacks, according to a source familiar with the matter.

Under the deal, the source said, lawmakers agreed to amend a Federal Aviation Administration bill with provisions that would bolster the vetting of airport employees with access to secure areas and authorize the Transportation Security Administration to donate security equipment to foreign airports with direct flights to the United States.

The provisions would also order a new U.S. assessment of foreign cargo security programs, said the source, who spoke on condition of anonymity because he was not authorized to speak publicly about the matter.

Lawmakers and their aides were continuing to negotiate over other security items that could also be added, including federal grant money for training state and local law enforcement to respond to emergencies involving armed attacks, the source said.

The deal is being brokered by Senator John Thune of South Dakota, Republican chairman of the Senate Commerce Committee, and the panel’s top Democrat, Senator Bill Nelson of Florida, the source said.

In coming days, the Senate is expected to vote on the FAA authorization bill, which would renew the aviation agency’s programs through September 2017.

The House of Representatives has been considering its own FAA legislation. That bill also calls for the privatization of the U.S. air traffic control system, a measure that is not in the Senate’s legislation.