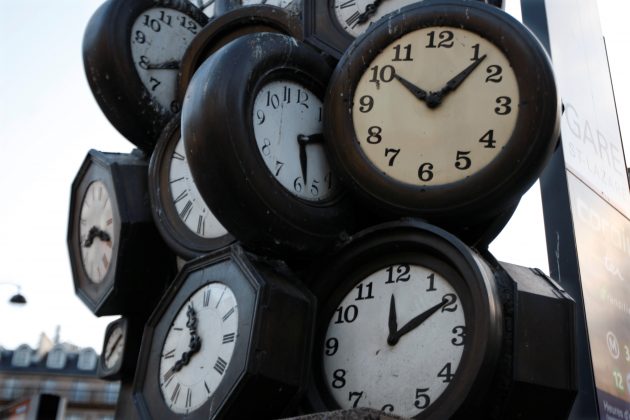 FILE PHOTO: A giant sculpture constructed with the faces of clocks is seen outside a Paris train station, March 27, 2009 on the weekend when France moves its clocks forward one hour early Sunday morning, marking daylight savings time. REUTERS/Charles Platiau/File Photo