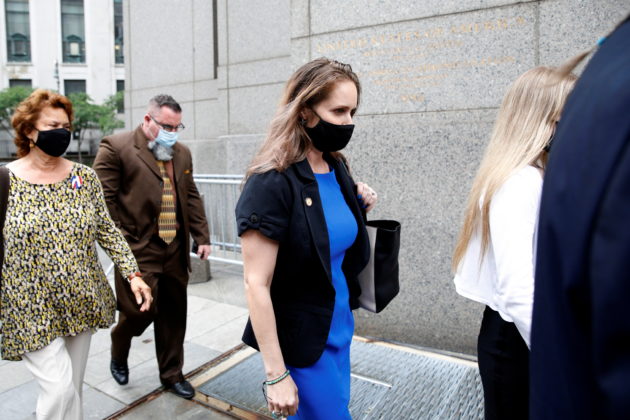 NEW YORK (Reuters) – A former senior U.S. Treasury Department employee who pleaded guilty to conspiring to give a reporter sensitive information about Donald Trump’s onetime campaign chairman Paul Manafort and others was sentenced on Thursday to six months in prison.

Edwards was accused of making unauthorized disclosures of suspicious activity reports (SARs) – used by banks to alert law enforcement to potential money laundering and other crimes – to a BuzzFeed News reporter using an encrypted messaging program.

Prosecutors said the more than 2,000 reports leaked over one year concerned Manafort and his deputy Rick Gates, who both oversaw Trump’s 2016 presidential campaign, as well as the Russian embassy in Washington and other individuals.

The reports were a basis for articles concerning former Special Counsel Robert Mueller’s probe into Russian interference in the 2016 U.S. election.

Edwards, 43, of Quinton, Virginia, had sought no prison time, after being charged in October 2018 and pleading guilty in January 2020.

Before being sentenced, she called herself a whistleblower who went to the media after uncovering suspicious conduct elsewhere at the Treasury Department.

Citing principles from her American Indian background, she said before being sentenced she could not “stand by” in silence, but apologized for her disclosures.

Woods said “blowing the whistle through proper channels is an incredibly valuable exercise,” but that Edwards went too far by disclosing about 50,000 records, including the SARs.

“Dr. Sours Edwards decided to abuse her position of trust,” he said.

Federal prosecutor Kimberly Ravener said Edwards’ “rampant disclosure of private information” was “unparalleled” in FinCEN history, and could have a chilling effect on banks’ willingness to file detailed SARs.

“She claimed that she followed procedure. But she made up her own,” Ravener said.

Edwards was also sentenced to three years supervised release. The BuzzFeed reporter, Jason Leopold, was not accused of wrongdoing. He embraced Edwards after meeting her outside the courthouse following the sentencing.