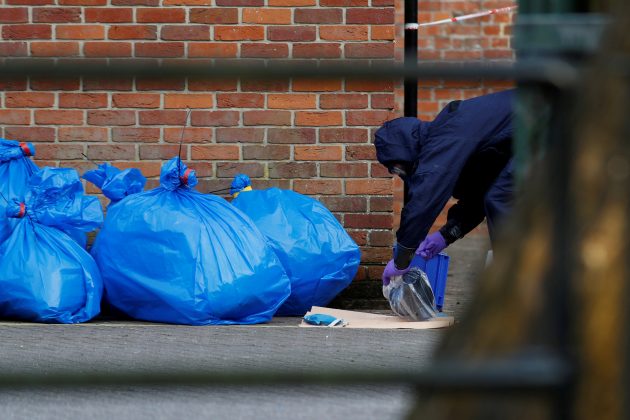 FILE PHOTO: Bags containing protective clothing are seen after Inspectors from the Organisation for the Prohibition of Chemical Weapons (OPCW) left after visiting the scene of the nerve agent attack on former Russian agent Sergei Skripal, in Salisbury, Britain March 21, 2018. REUTERS/Peter Nicholls/File Photo