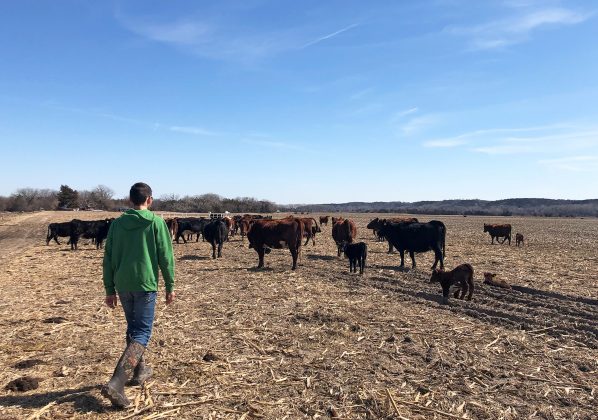 By P.J. Huffstutter and Humeyra Pamuk

Farms from the Dakotas to Missouri and beyond have been under water for a week or more, possibly impeding planting and damaging soil. The floods, which came just weeks before planting season starts in the Midwest, will likely reduce corn, wheat and soy production this year.

“There’s thousands of acres that won’t be able to be planted,” Ryan Sonderup, 36, of Fullerton, Nebraska, who has been farming for 18 years, said in a recent interview.

“If we had straight sunshine now until May and June, maybe it can be done, but I don’t see how that soil gets back with expected rainfall.” 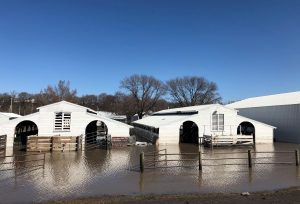 Spring floods could yet impact an even bigger area of cropland. The U.S. government’s National Oceanic and Atmospheric Administration has warned of what could be an “unprecedented flood season” as it forecasts heavy spring rains. Rivers may swell further as a deep snowpack in northern growing areas melts.

The bomb cyclone of mid-March was the latest blow to farmers suffering from years of falling income and lower exports because of the U.S.-China trade war.

Fields are strewn with everything from silt and sand to tires and some may not even be farmed this year. The water has also destroyed billions of dollars of old crops that were in storage, as well as damaging roads and railways.

Justin Mensik, a fifth-generation farmer of corn and soybeans in Morse Bluff, Nebraska, said rebuilding roads was the first priority. Then farmers would need to bring in fertilizer trucks and then test soil before seeding, Mensik said.

The flood “left a lot of silt and sand and mud in our fields, now we’re not too sure if we’re going to be able to get a good crop this year with all the new mud and junk that’s just laying here,” Mensik told Reuters.

For farmers, “the biggest concern right now is corn planting,” said Aaron Saeugling, an agriculture expert at Iowa State University who does outreach with farmers. “There is just not going to be enough time to move a lot of that debris.”

To be fully covered by crop insurance, Iowa farmers must plant corn by May 31 and soybeans by June 15, as yields decline dramatically when planted any later. Deadlines vary state by state. The insurance helps ensure a minimum price farmers will receive when they book sales for their crops.

The U.S. Department of Agriculture (USDA) forecast on Friday farmers would increase corn plantings by 4.1 percent from last year, but the estimate did not account for the flooding.

Nearly 1.1 million acres of cropland and more than 84,000 acres of pastureland in the U.S. Midwest had flood water on it for at least seven days between March 8 and March 21, according to a preliminary analysis of government and satellite data by New-York based Gro Intelligence at the request of Reuters. The extent of the flooding had previously not been made public.

The flooded acreage represents less than 1 percent of U.S. land used to grow corn, soybeans, wheat, rice, cotton, sorghum and barley. In 2018, some 240 million total acres of these crops were planted in the United States, USDA data shows.

Iowa, the top U.S. corn and No. 2 soy producing state, had the most water, covering 474,271 acres, followed by Missouri with 203,188 acres, according to Gro Intelligence. That was in line with estimates given to Reuters this week by government officials in Iowa and Missouri.

Gro Intelligence then identified how much of this area was either cropland or pastureland, according to data from the USDA’s National Agricultural Statistics Service (NASS).

Gro Intelligence analysts cautioned the satellite imagery did not show the full extent of flooding in Nebraska, where officials declined to provide acreage estimates to Reuters, or in North Dakota. Nebraska’s governor has said the floods caused agricultural damage of $1 billion in his state.

Cloud cover or snow on the ground makes it difficult to identify the flood waters in NASA satellite data, said Sara Menker, chief executive of the agricultural artificial intelligence company.

In Wisconsin more than 1,000 dairy and beef animals were lost during winter storms and 480 agricultural structures collapsed or damaged, according to an email from Sandy Chalmers, executive director of the Wisconsin state office of the USDA&rsquo;s Farm Service Agency.

In the Dakotas and Minnesota, melting snows in coming months will put spring wheat planting at risk. Gro Intelligence found nearly 160,000 acres have already been flooded in Minnesota.

“That’s yet to come and we will deal with that at least until the middle of April,” said Dave Nicolai, an agriculture expert at the University of Minnesota.