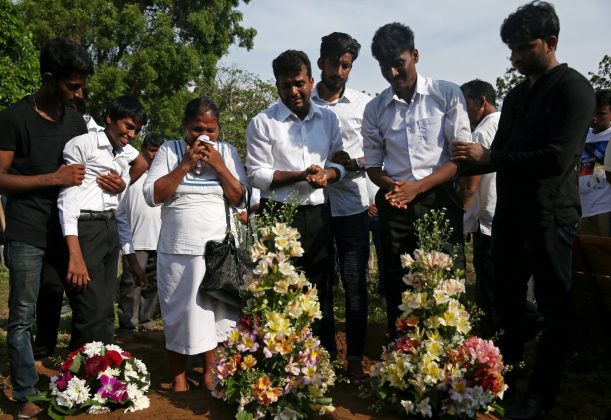 People react during a mass burial of victims, two days after a string of suicide bomb attacks on churches and luxury hotels across the island on Easter Sunday, at a cemetery near St. Sebastian Church in Negombo, Sri Lanka April 23, 2019. REUTERS/Athit Perawongmetha