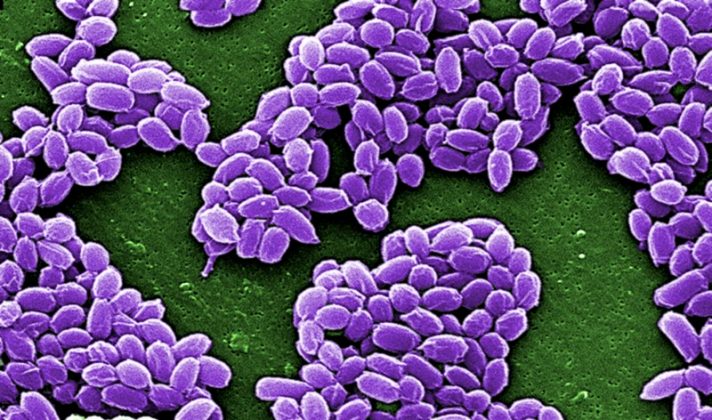 FILE PHOTO: Spores from the Sterne strain of anthrax bacteria (Bacillus anthracis) are pictured in this handout scanning electron micrograph (SEM) obtained by Reuters May 28, 2015. REUTERS/Center for Disease Control/Handout via Reuters

CHICAGO (Reuters) – A year-long audit of the program overseeing U.S. labs that handle lethal pathogens such as Ebola and anthrax found overworked safety inspectors, an absence of independent review and weak biosafety protections that could expose lab workers and the public to harm, a government report will say on Tuesday.

The report by the Government Accountability Office to Congress followed a series of mishaps in which dangerous pathogens were inadvertently released. The report, seen by Reuters, concluded that the Federal Select Agent Program needs an overhaul.

The GAO audited laboratory safety oversight following errors that could have exposed dozens of people to live anthrax bacteria and the deadly toxin ricin. Its report will guide questioning of officials before the House Energy and Commerce Committee’s oversight subcommittee on Thursday.

The Federal Select Agent Program is jointly run by the U.S. Centers for Disease Control and Prevention (CDC) and the Animal and Plant Health Inspection Service (APHIS) of the U.S. Department of Agriculture.

According to the report, a chief concern is that the program is too focused on physical security measures, such as preventing theft from labs, and needs to focus more on biosafety issues that could protect researchers and the wider public from errors.

The GAO report also noted that many of the labs using high-risk pathogens for research belong to either CDC or the USDA, and recommended that Congress consider setting up a fully independent oversight body to remove potential conflicts of interest.

“The Select Agent Program does not fully meet our key elements of effective oversight,” the report stated.

Safety lapses in CDC labs captured headlines in 2014 when scientists at a high-level biosecurity lab did not properly inactivate anthrax bacteria before sending the material to labs with fewer safeguards. More than 80 scientists were exposed to potentially live anthrax, though no one fell ill.

In the months that followed, the Food and Drug Administration disclosed the discovery of decades-old vials of smallpox in a storage closet, while a U.S. Army lab erroneously shipped live anthrax to nearly 200 labs worldwide.

To address concerns of conflict of interest, CDC and APHIS have made structural changes to increase the program’s independence, but according to the GAO report, the program has not undergone a comprehensive risk management review, even as problems with lab safety continue to come to light.

As recently as last November, the Department of Homeland Security found a private lab inadvertently shipped ricin – a lethal poison – to one of its training centers on multiple occasions in 2011.

“Considering the type of research we’re talking about, we should have a much more robust, systematic oversight approach. That seems to be lacking,” said an aide to the House committee who declined to be identified.

The report also cited excessive workloads for inspectors, which delay inspection reports and make it harder to retain personnel. In some cases, inspectors have been assigned to tasks outside of their expertise. For example, the GAO found that an APHIS physical security expert was asked to inspect ventilation systems – a critical protection against the accidental release of dangerous pathogens.

Short of a move by Congress to create an independent oversight agency, GAO recommended that CDC and APHIS officials conduct a risk assessment of the Select Agent Program and how it handles conflicts of interest. It also recommended that program officials shift inspection priorities to focus on high-risk activities in labs and develop a joint plan to train and hire inspectors.

The Health and Human Services Department, which oversees CDC, and the USDA, which runs APHIS, agreed with many of these recommendations, according to the report. Officials from the CDC and APHIS will testify at the Thursday hearing.