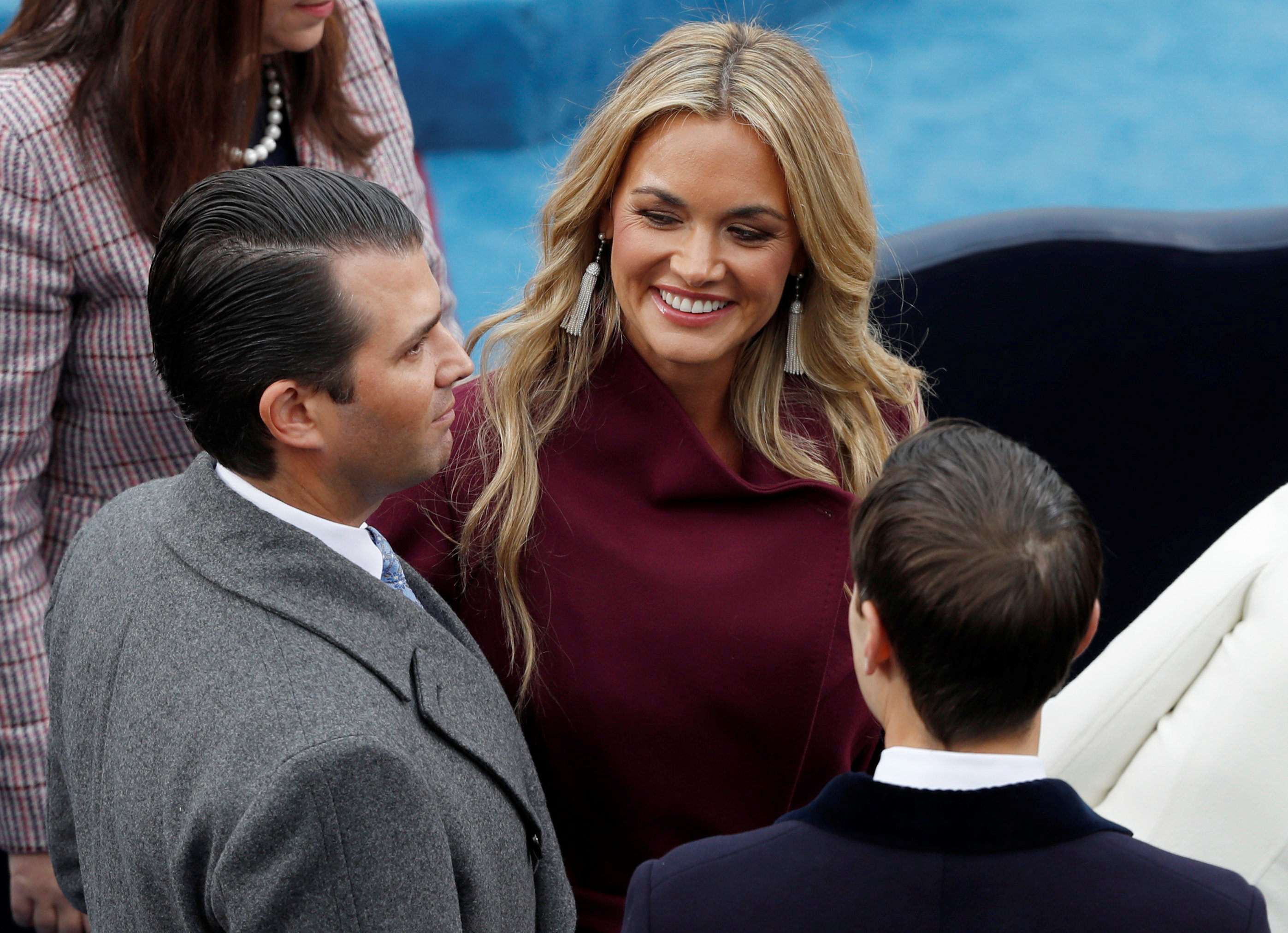 NEW YORK (Reuters) – U.S. President Donald Trump’s daughter-in-law Vanessa Trump was taken to a New York hospital on Monday after she opened a piece of mail containing an unidentified white powder that was later determined to be non-hazardous, officials said.

Vanessa Trump, the wife of the president’s eldest son Donald Jr., was hospitalized after she complained of nausea following her exposure, New York officials said. Two other people who were present were also taken to the hospital.

“The substance had arrived by mail and it was addressed to Donald Trump Jr.,” said New York Police Department spokesman Carlos Nieves.

U.S. authorities have been on alert for mail containing white powder since 2001, when envelopes laced with anthrax were sent to media outlets and U.S. lawmakers, killing five people.

The three included Vanessa Trump’s mother, although she had not complained of symptoms, the police spokesman said.

“Thankful that Vanessa and my children are safe and unharmed after the incredibly scary situation that occurred this morning,” Trump Jr. said on Twitter. “Truly disgusting that certain individuals choose to express their opposing views with such disturbing behavior.”

The U.S. Secret Service, which is charged with protecting members of the president’s family, confirmed it was involved in the investigation, said spokesman Jeffrey Adams.

Trump Jr. in September briefly gave up his Secret Service protection, normally provided to the immediate families of all sitting presidents, the New York Times reported at the time, citing unnamed administration officials. His protective detail was restored after about a week, CNN reported, also citing unnamed sources.

Trump Jr. has been in the public eye for his role in a 2016 meeting in Trump Tower with a Russian attorney and others after the Trump campaign was offered potentially damaging information about Democratic rival Hillary Clinton.

Congress has held probes into that meeting and whether it was part of a Russian campaign to influence the 2016 U.S. presidential election.

Russia denies trying to influence the election. Trump dismisses any talk of collusion.

In 2016, white powder, which also proved harmless, was sent to the home of Eric Trump, Trump Jr.’s brother. 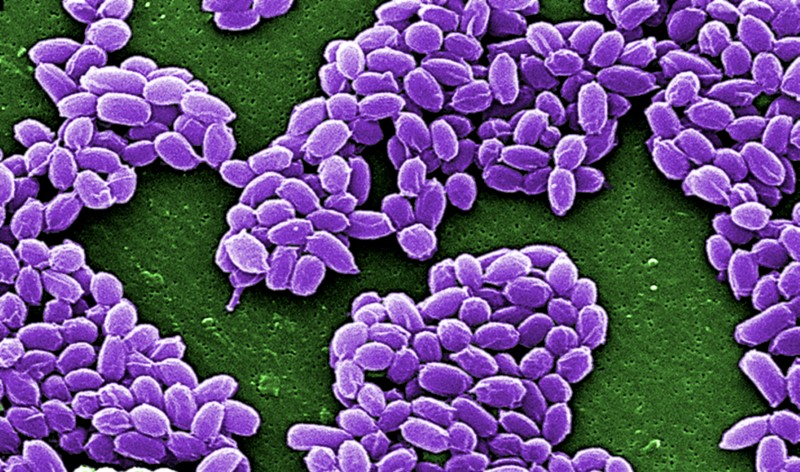 CHICAGO (Reuters) – A year-long audit of the program overseeing U.S. labs that handle lethal pathogens such as Ebola and anthrax found overworked safety inspectors, an absence of independent review and weak biosafety protections that could expose lab workers and the public to harm, a government report will say on Tuesday.

The report by the Government Accountability Office to Congress followed a series of mishaps in which dangerous pathogens were inadvertently released. The report, seen by Reuters, concluded that the Federal Select Agent Program needs an overhaul.

The GAO audited laboratory safety oversight following errors that could have exposed dozens of people to live anthrax bacteria and the deadly toxin ricin. Its report will guide questioning of officials before the House Energy and Commerce Committee’s oversight subcommittee on Thursday.

The Federal Select Agent Program is jointly run by the U.S. Centers for Disease Control and Prevention (CDC) and the Animal and Plant Health Inspection Service (APHIS) of the U.S. Department of Agriculture.

According to the report, a chief concern is that the program is too focused on physical security measures, such as preventing theft from labs, and needs to focus more on biosafety issues that could protect researchers and the wider public from errors.

The GAO report also noted that many of the labs using high-risk pathogens for research belong to either CDC or the USDA, and recommended that Congress consider setting up a fully independent oversight body to remove potential conflicts of interest.

“The Select Agent Program does not fully meet our key elements of effective oversight,” the report stated.

Safety lapses in CDC labs captured headlines in 2014 when scientists at a high-level biosecurity lab did not properly inactivate anthrax bacteria before sending the material to labs with fewer safeguards. More than 80 scientists were exposed to potentially live anthrax, though no one fell ill.

In the months that followed, the Food and Drug Administration disclosed the discovery of decades-old vials of smallpox in a storage closet, while a U.S. Army lab erroneously shipped live anthrax to nearly 200 labs worldwide.

To address concerns of conflict of interest, CDC and APHIS have made structural changes to increase the program’s independence, but according to the GAO report, the program has not undergone a comprehensive risk management review, even as problems with lab safety continue to come to light.

As recently as last November, the Department of Homeland Security found a private lab inadvertently shipped ricin – a lethal poison – to one of its training centers on multiple occasions in 2011.

“Considering the type of research we’re talking about, we should have a much more robust, systematic oversight approach. That seems to be lacking,” said an aide to the House committee who declined to be identified.

The report also cited excessive workloads for inspectors, which delay inspection reports and make it harder to retain personnel. In some cases, inspectors have been assigned to tasks outside of their expertise. For example, the GAO found that an APHIS physical security expert was asked to inspect ventilation systems – a critical protection against the accidental release of dangerous pathogens.

Short of a move by Congress to create an independent oversight agency, GAO recommended that CDC and APHIS officials conduct a risk assessment of the Select Agent Program and how it handles conflicts of interest. It also recommended that program officials shift inspection priorities to focus on high-risk activities in labs and develop a joint plan to train and hire inspectors.

The Health and Human Services Department, which oversees CDC, and the USDA, which runs APHIS, agreed with many of these recommendations, according to the report. Officials from the CDC and APHIS will testify at the Thursday hearing.

The allegedly accidental shipments of live anthrax bacteria to various labs around the nation by Defense Department labs is apparently just one of many possible breaches of deadly organisms.

The Centers for Disease Control (CDC) says they are now investigating reports that Army labs mishandled plague bacteria as well as encephalitis.  The Army had previously stopped all production, shipping and handling of materials at nine labs but had left the impression it was due to the unauthorized shipments of anthrax.

“Additional testing is being conducted to try and verify once and for all whether or not [anthrax] was labeled correctly and placed in the right location,” Pentagon press secretary Peter Cook said.

When asked by reporters about the apparent deception, Cook said that officials wanted to release info “without alarming the public.”  He said they are waiting for results of the investigation.

Army spokesman Dov Schwartz told reporters that there is no risk to the general public from the plague involved in the current situation.

If not treated quickly after infection, the untreated pneumonic plague has a 93% fatality rate and can be spread person to person through coughing.

“Anthrax being mishandled is disconcerting enough, but now the mishandling also includes other potentially dangerous viruses including plague. The committee has zero tolerance for these widespread mishaps and will continue working to ensure that the Department corrects these failures so that the nation’s bioterrorism response efforts are not hampered further,” House Energy and Commerce Committee  Chairman Fred Upton, R-Mich., and ranking Democrat, Frank Pallone of New Jersey, said in a joint statement.

The Pentagon says an investigation into an accidental shipment of live anthrax to labs in nine states and South Korea was significantly larger and lasted over a decade.

The anthrax, sent from the Dugway Proving Ground in Utah, has been shipped to 51 sites in the United States and overseas in the last 10 year.  The samples were all believed to have contained irradiated and inactivated virus.

The officials admitted they are testing 400 additional batches and if they are found to be live, the number of locations with live virus could significantly jump.

Deputy Defense Secretary Robert Work said that 31 lab workers have ben undergoing post-exposure treatment as a precaution but that the public is safe.

“We know of no risk to the general public from these samples,” Work said.

The admission of the shipments of live anthrax are part of a pattern of accidents involving viruses that have observers questioning the way the military is handling potentially deadly pathogens.  A year ago, the CDC admitted a dozen employees may have been exposed to live anthrax and that another lab contaminated a flu virus with the deadly H5N1 bird flu and then shipped it out to another laboratory.

Less than a year ago, live smallpox vials were found in a storage lab at the National Institutes of Health.

As many as 18 labs around the country have been sent shipments of live anthrax when they should have received inactive or dead virus for research purposes.

And in Korea, officials say that 22 Air Force personnel may have been exposed to anthrax and are now undergoing treatment as a precaution.

Jason McDonald of the Centers for Disease Control said that most of the labs are private but a few are operated by government and public institutions.  The shipments were sent from the Army’s Dugway Proving Ground in Utah to California, Delaware, Maryland, New Jersey, New York, Tennessee, Texas, Virginia and Washington.

One of the samples arrived at Osan Air Base in Korea leading to the possible infections of military personnel.

“There is absolutely no excuse. Not for the shipping institution. Not for receiving institutions that failed to confirm inactivation upon receipt,” Richard Ebright, a biosafety expert at Rutgers in New Jersey said. “Both should lose, irrevocably, authorization for work with active or inactivated select agents.”

The incorrect shipment was discovered by a laboratory in Maryland.