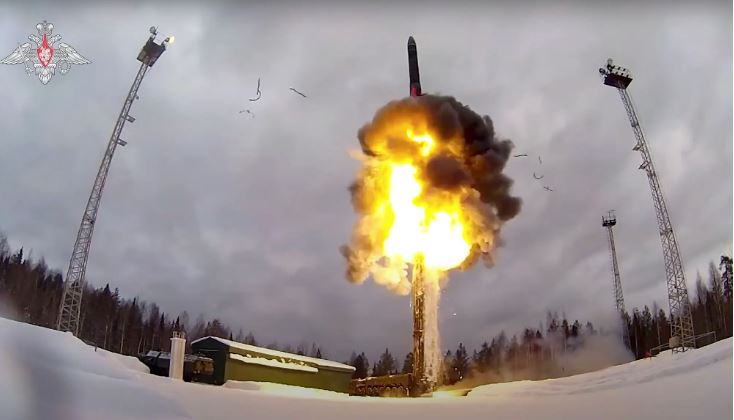 NATO is reportedly warning that Putin will test a nuke near Ukraine’s border to back up his recent escalated threats. AP