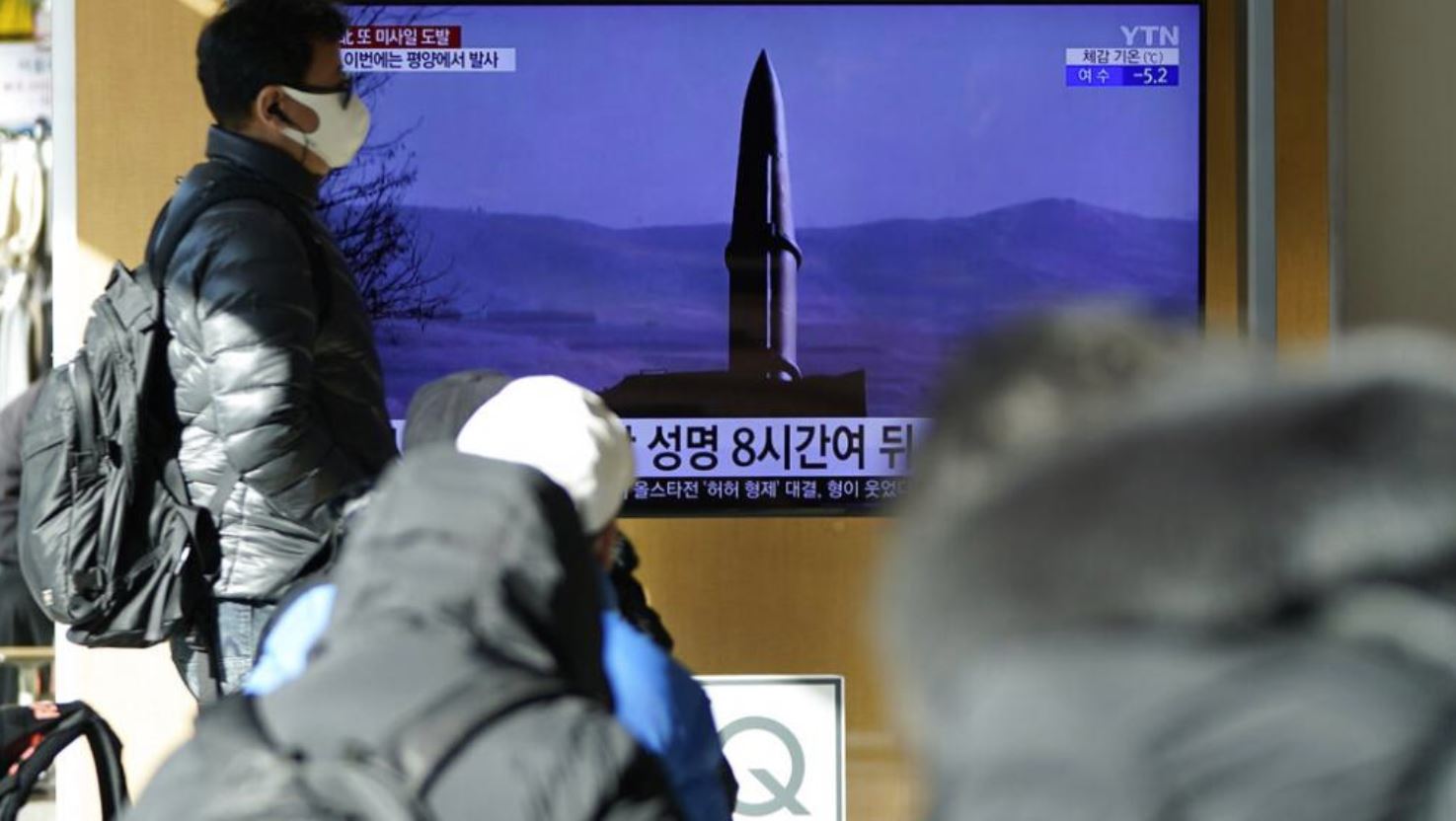 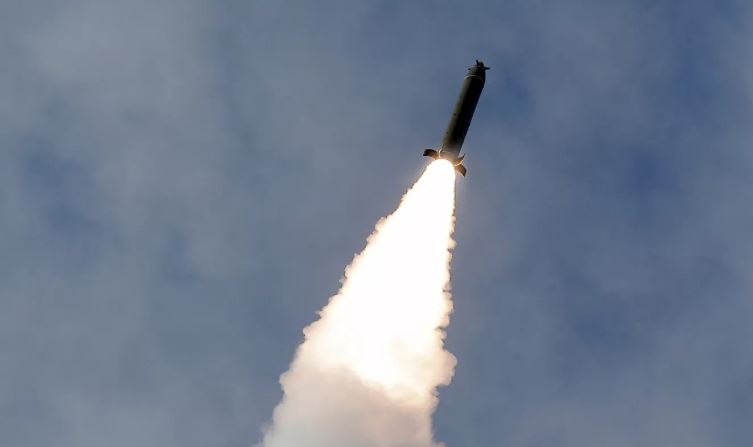 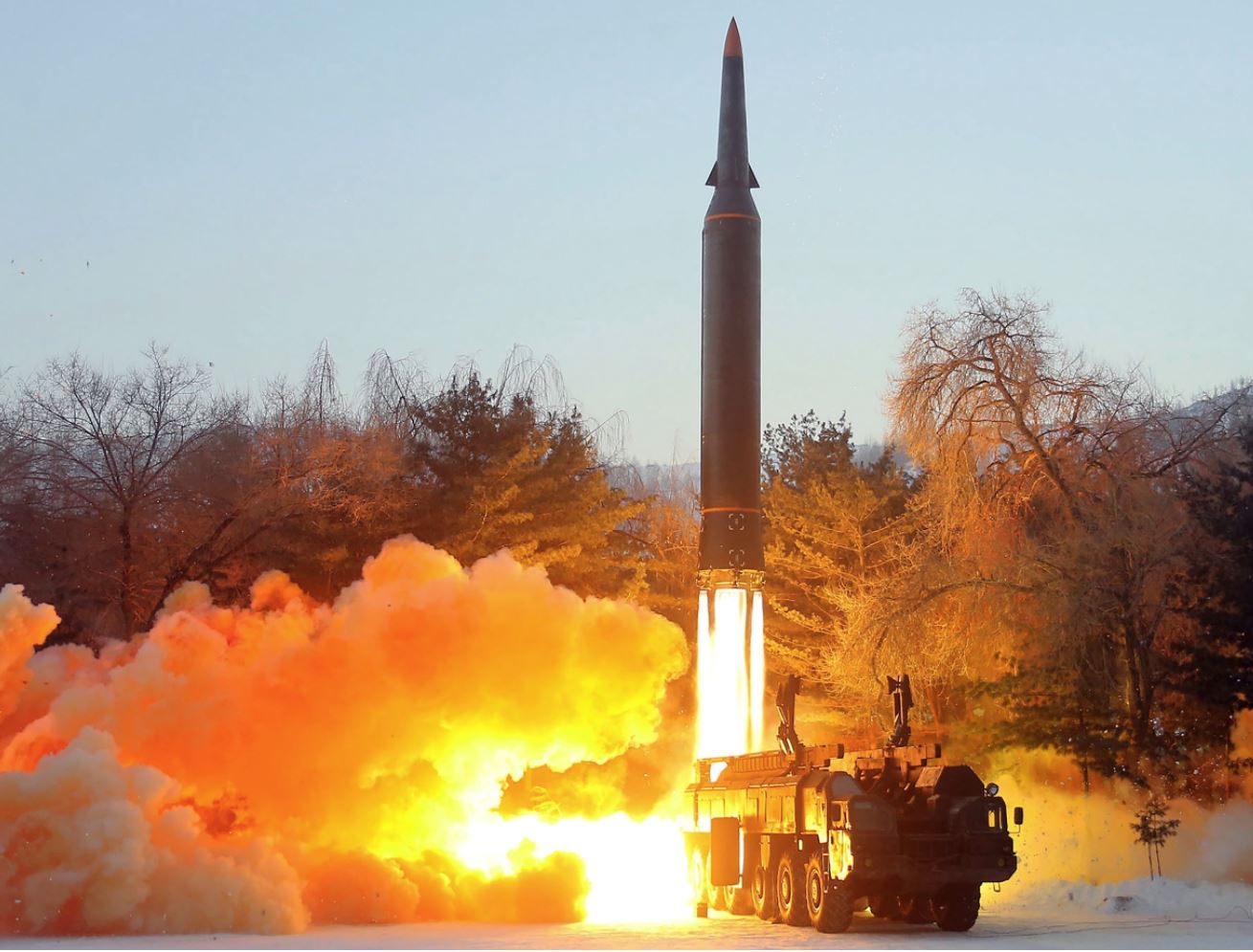 Isaiah 54:17 “No weapon that is fashioned against you shall succeed, and you shall confute every tongue that rises against you in judgment. This is the heritage of the servants of the Lord and their vindication from me, declares the Lord.” 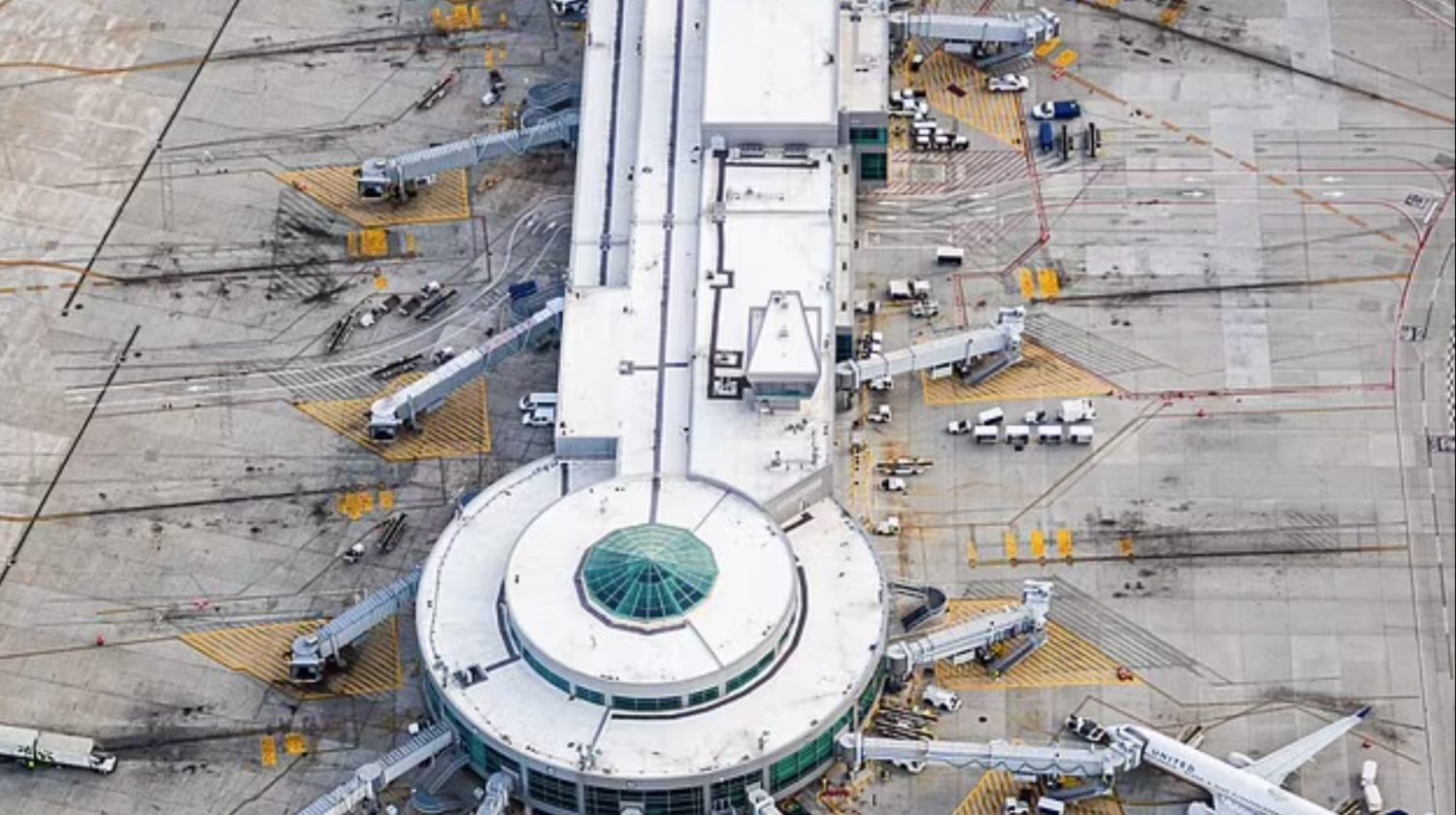 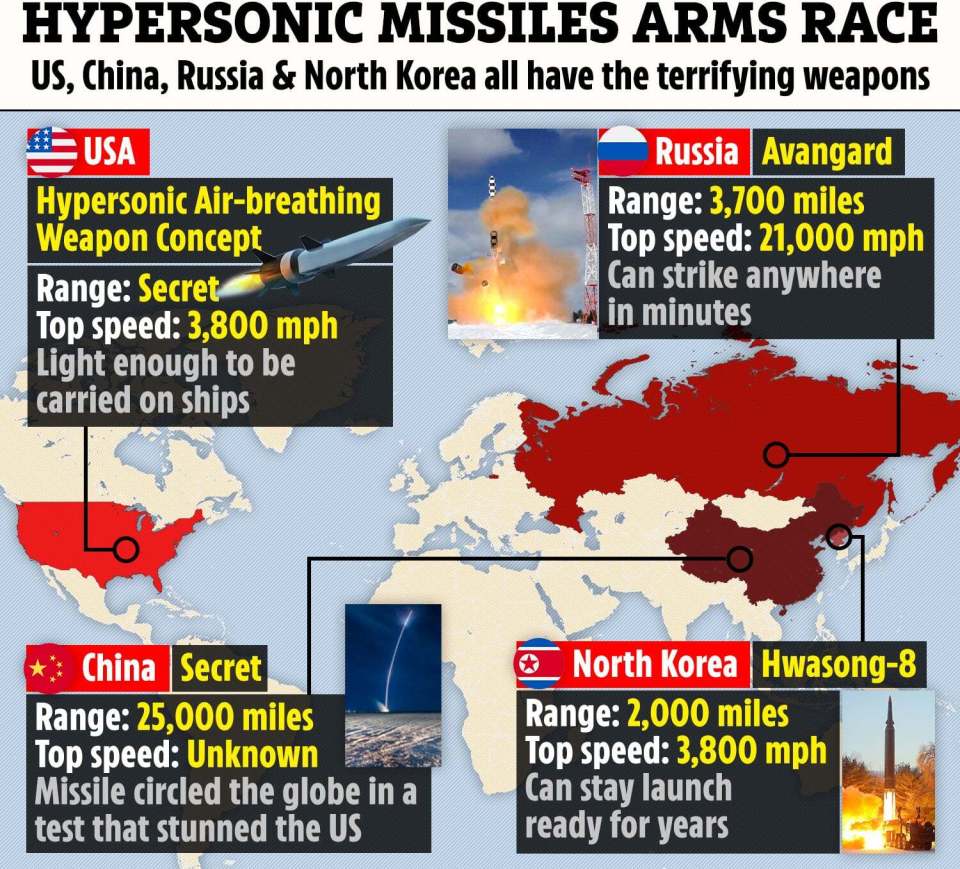 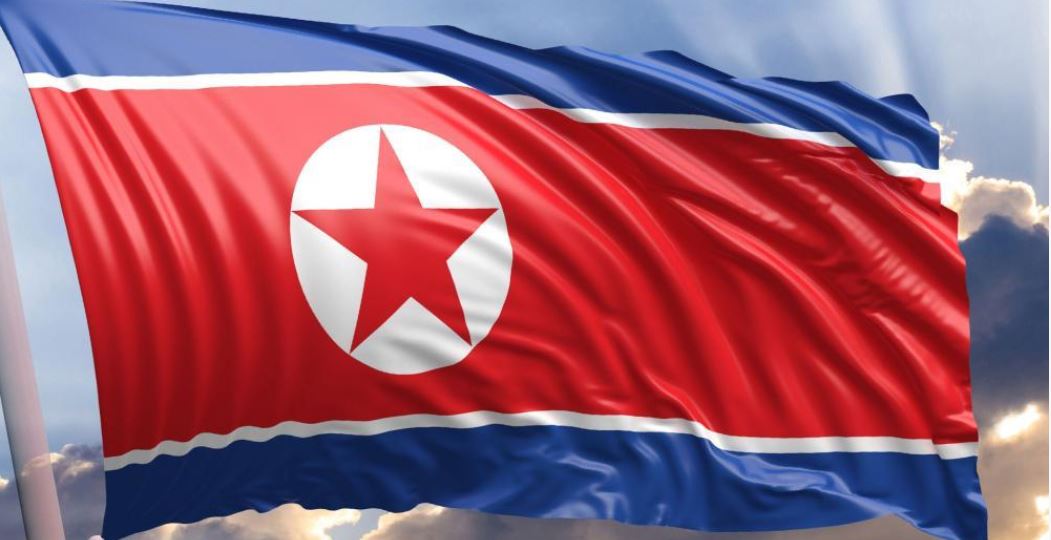 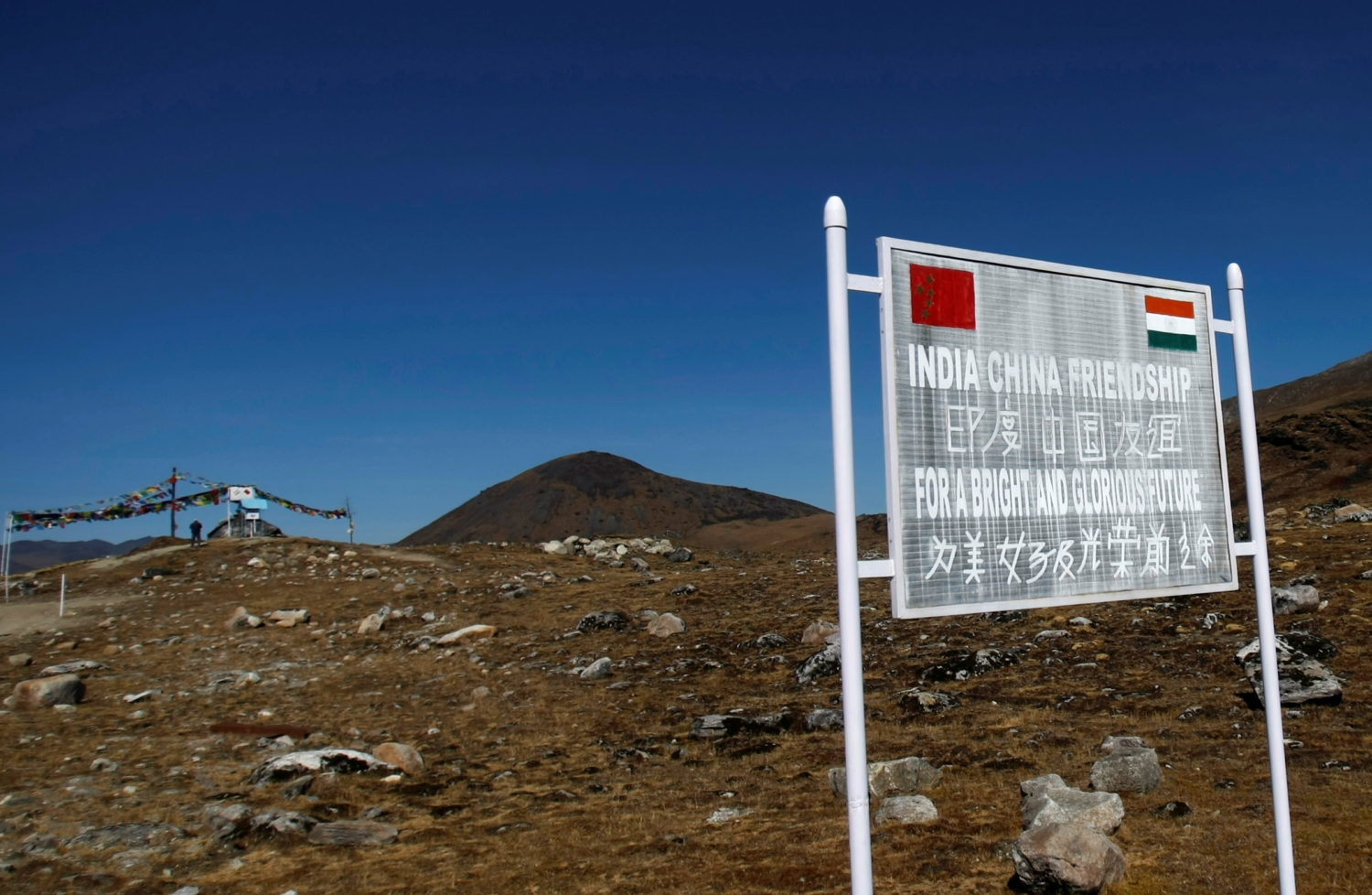 NEW DELHI (Reuters) – India’s foreign ministry said on Wednesday that it was concerned about a new law passed by China last week to strengthen border protection amid a protracted military standoff between the two Asian giants along a contested Himalayan frontier.

On Saturday, China passed a dedicated law specifying how it governs and guards its 22,000-km (14,000-mile) land border shared with 14 neighboring countries, including Russia, nuclear-capable North Korea, and India.

“China’s unilateral decision to bring about a legislation which can have implication on our existing bilateral arrangements on border management as well as on the boundary question is of concern to us,” foreign ministry spokesman Arindam Bagchi said in a statement.

The 3,500-km-long border between India and China remains un-demarcated, and the nuclear-armed neighbors have overlapping claims to large areas of territory along the frontier. The two countries fought a border war in 1962.

Thousands of Indian and Chinese troops also remain amassed along a remote Himalayan border in the Ladakh region, where the two militaries have been locked in a high-altitude face-off since last year, despite more than a dozen rounds of talks.

“We also expect that China will avoid undertaking action under the pretext of this law which could unilaterally alter the situation in the India-China border areas,” Bagchi said. 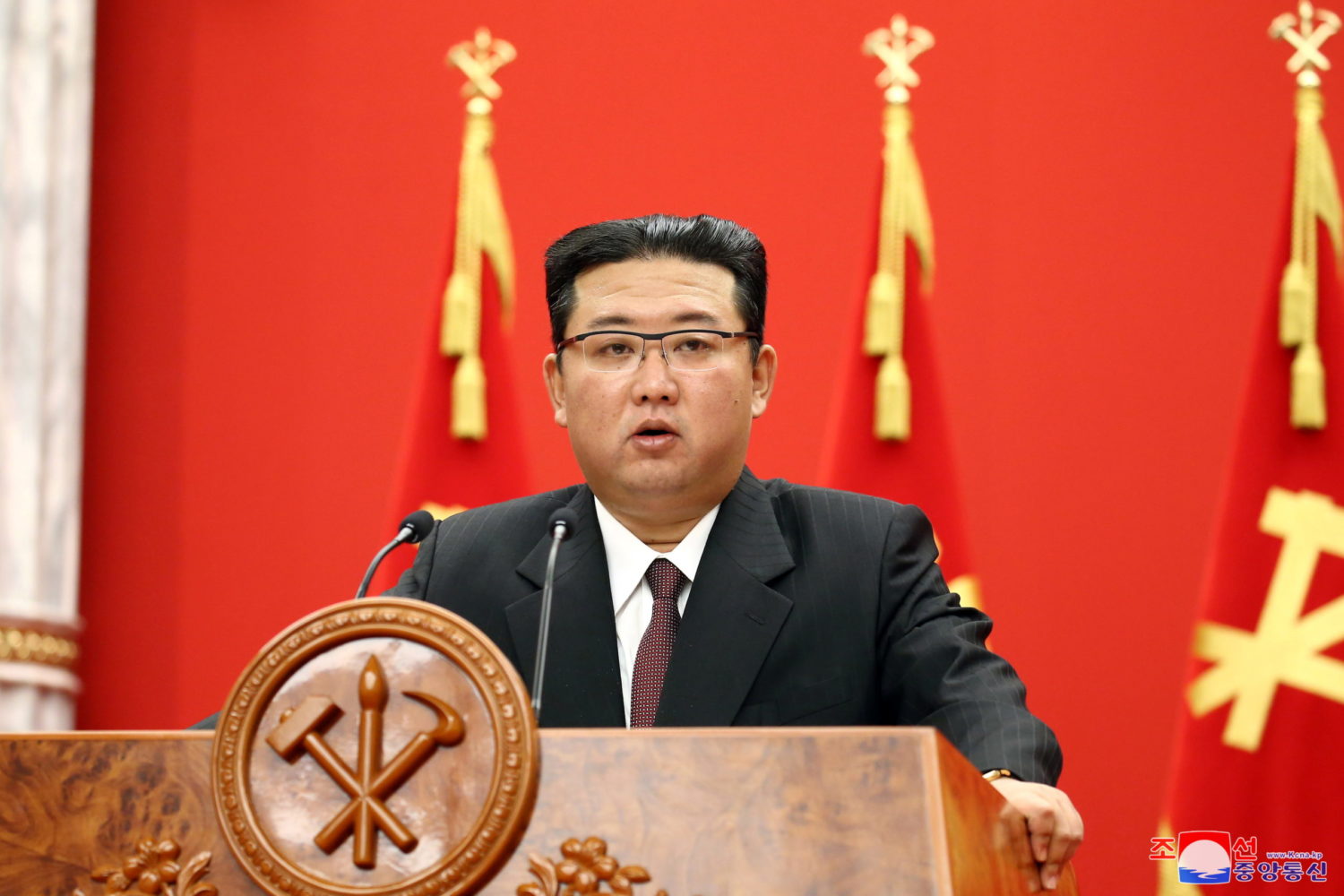 Pyongyang was only increasing its military in self-defense and not to start a war, Kim said in a speech at the Defense Development Exhibition on Monday, North Korea’s official KCNA news agency reported.

Kim made his remarks standing next to a variety of weapons, including the country’s intercontinental ballistic missiles, the ruling party newspaper Rodong Sinmun showed. Among them was the Hwasong-16, North Korea’s largest ICBM, unveiled at a military parade in October 2020 but not yet test-fired.

“We are not discussing war with anyone, but rather to prevent war itself and to literally increase war deterrence for the protection of national sovereignty,” Kim said.

State television footage showed a smiling Kim clapping as shirtless soldiers use their hands to smash bricks placed on colleagues’ chests, as others cut chains wrapped around their bodies in a show of strength.

A spokesperson for the U.S. State Department reiterated that the U.S. goal was the complete denuclearization of the Korean peninsula, but that Washington “harbors no hostile intent” towards North Korea and is prepared to meet with it without preconditions for “serious and sustained diplomacy”.

“The United States has a vital interest in deterring the DPRK, defending against its provocations or uses of force, and in limiting the reach of its most dangerous weapons programs, and above all keeping the American people and our allies safe,” the spokesperson added, using the initials for North Korea’s official name, the Democratic People’s Republic of Korea.

Pyongyang has said it is not interested in talks as long as Washington maintains policies such as sanctions and military activities in South Korea.

Washington’s assertions that it holds no hostile feelings toward North Korea were hard to believe in the face of its continued “wrong judgements and actions”, Kim said, without elaborating.

The two Koreas have been in an accelerating arms race, with both sides testing increasingly advanced short-range ballistic missiles and other hardware.

North Korea has pushed ahead with its missile program, and analysts say it has begun a major expansion of its main nuclear reactor, used to produce fuel for nuclear bombs.

Suh told reporters on Monday he planned to discuss South Korean President Moon Jae-in’s proposal for a formal end to the 1950-1953 Korean War and for possible easing of sanctions on North Korea, Yonhap news agency reported.

Last week the two Koreas restored their hotlines that North Korea severed months ago, with Pyongyang urging Seoul to step up efforts to improve relations after criticizing what it called double standards over weapons development.

Kim said Seoul’s “unrestricted and dangerous” efforts to strengthen its military were “destroying the military balance in the Korean peninsula and increasing military instability and danger”.

“Under the absurd pretext of suppressing our threats, South Korea has openly expressed its desire to gain an edge over us in military power on various occasions,” he added.

(Reporting by Sangmi Cha and Josh Smith; Additional reporting by Hyonhee Shin and Minwoo Park in Seoul and David Brunnstrom in Washington; Editing by Stephen Coates and Nick Macfie) 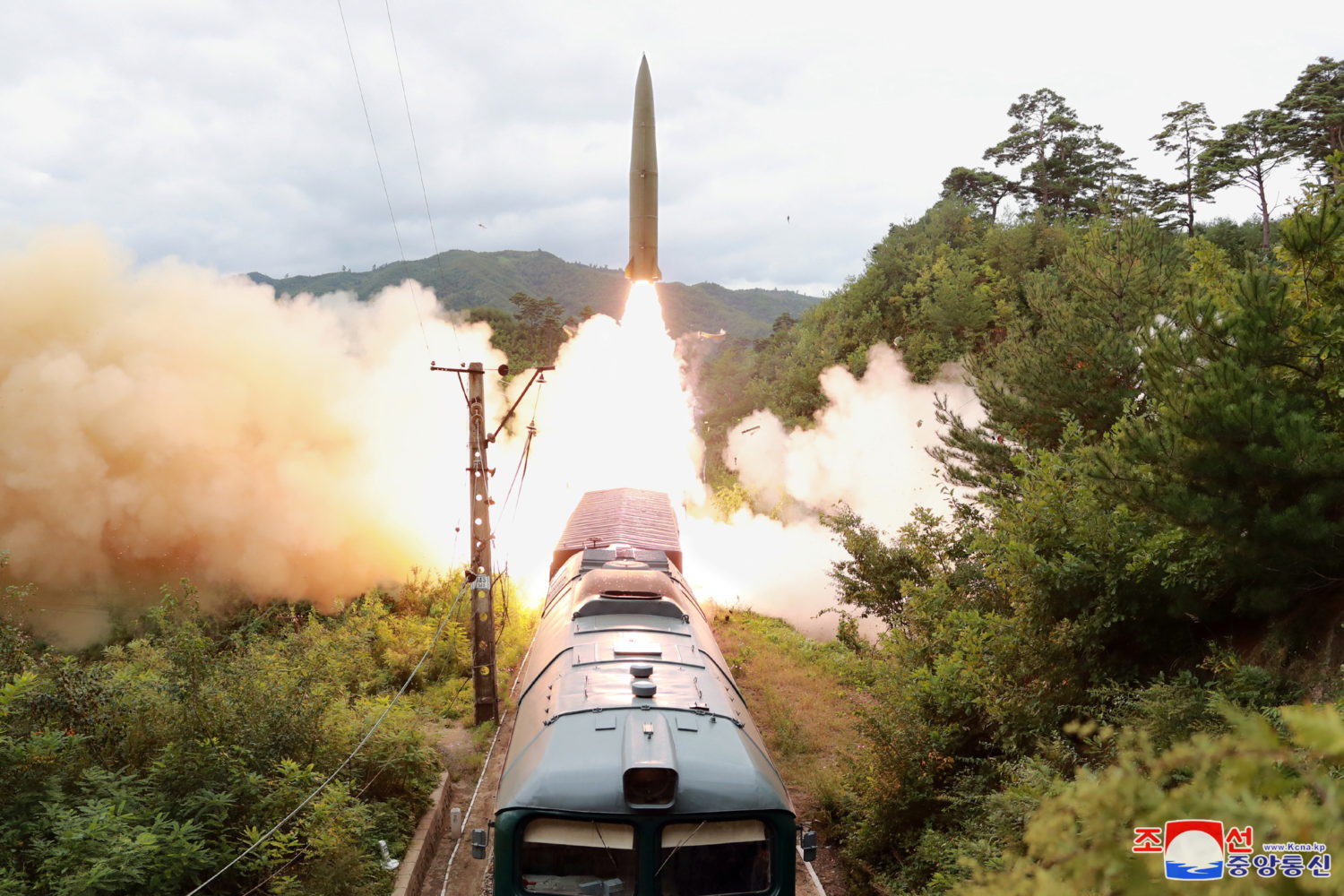 SEOUL (Reuters) -The missiles fired by North Korea on Wednesday were a test of a new “railway-borne missile system” designed as a potential counter-strike to any forces that threaten the country, state news agency KCNA reported on Thursday.

The missiles flew 800 km (497 miles) before striking a target in the sea off North Korea’s east coast, KCNA said.

On Wednesday, South Korean and Japanese authorities said they had detected the launch of two ballistic missiles from North Korea, just days after it tested a cruise missile that analysts said could have nuclear capabilities.

The North Korean launches came the same day that South Korea tested a submarine-launched ballistic missile (SLBM), becoming the first country without nuclear weapons to develop such a system.

The two Koreas have been in an increasingly heated arms race, with both sides unveiling more capable missiles and other weapons.

The tests by nuclear-armed North Korea drew international condemnation and concern, however, with the United States saying they violated U.N. Security Council resolutions and posed a threat to Pyongyang’s neighbors.

North Korea has been steadily developing its weapons systems, raising the stakes for stalled talks aimed at dismantling its nuclear and ballistic missile arsenals in return for U.S. sanctions relief.

The North Korean test was conducted by a railway-borne missile regiment that had been organized earlier this year, the KCNA report said.

“The railway-borne missile system serves as an efficient counter-strike means capable of dealing a harsh multi-concurrent blow to the threat-posing forces,” said Pak Jong Chon, a North Korean marshal and member of the Presidium of the Politburo of the ruling Workers’ Party of Korea, who oversaw the test, according to KCNA.

Photos released by state media showed an olive-green missile rising on a column of smoke and flame from the roof of a train parked on tracks in a mountainous area.

South Korea had reported the missiles were fired from the central inland area of Yangdok.

“Rail mobile missiles are a relatively cheap and reliable option for countries seeking to improve the survivability of their nuclear forces,” Adam Mount, a senior fellow at the Federation of American Scientists, said on Twitter. “Russia did it. The US considered it. It makes a ton of sense for North Korea.”

Mount and other analysts said the system is likely constrained by North Korea’s relatively limited and sometimes unreliable rail network, but that it could add another layer of complexity for a foreign military seeking to track and destroy the missiles before they are fired.

According to KCNA, Pak said there are plans to expand the railway-borne missile regiment to a brigade-size force in the near future, and to conduct training to gain “operational experience for actual war.”

The army should prepare tactical plans for deploying the system in different parts of the country, Pak said.

It is unusual to see the sheer variety in missile delivery systems and launch platforms that North Korea develops, said Ankit Panda, a senior fellow at the U.S.-based Carnegie Endowment for International Peace.

“It’s not very cost effective (especially for a sharply resource-constrained state) and far more operationally complex than a leaner, vertically integrated force,” he said on Twitter.

The railway system displayed on Wednesday could possibly set the stage for developing one capable of launching a larger, nuclear-armed intercontinental ballistic missile (ICBM), Panda added.

He also noted that some of the missile systems displayed by North Korea may be about “technology demonstration,” which may not be fully deployed. 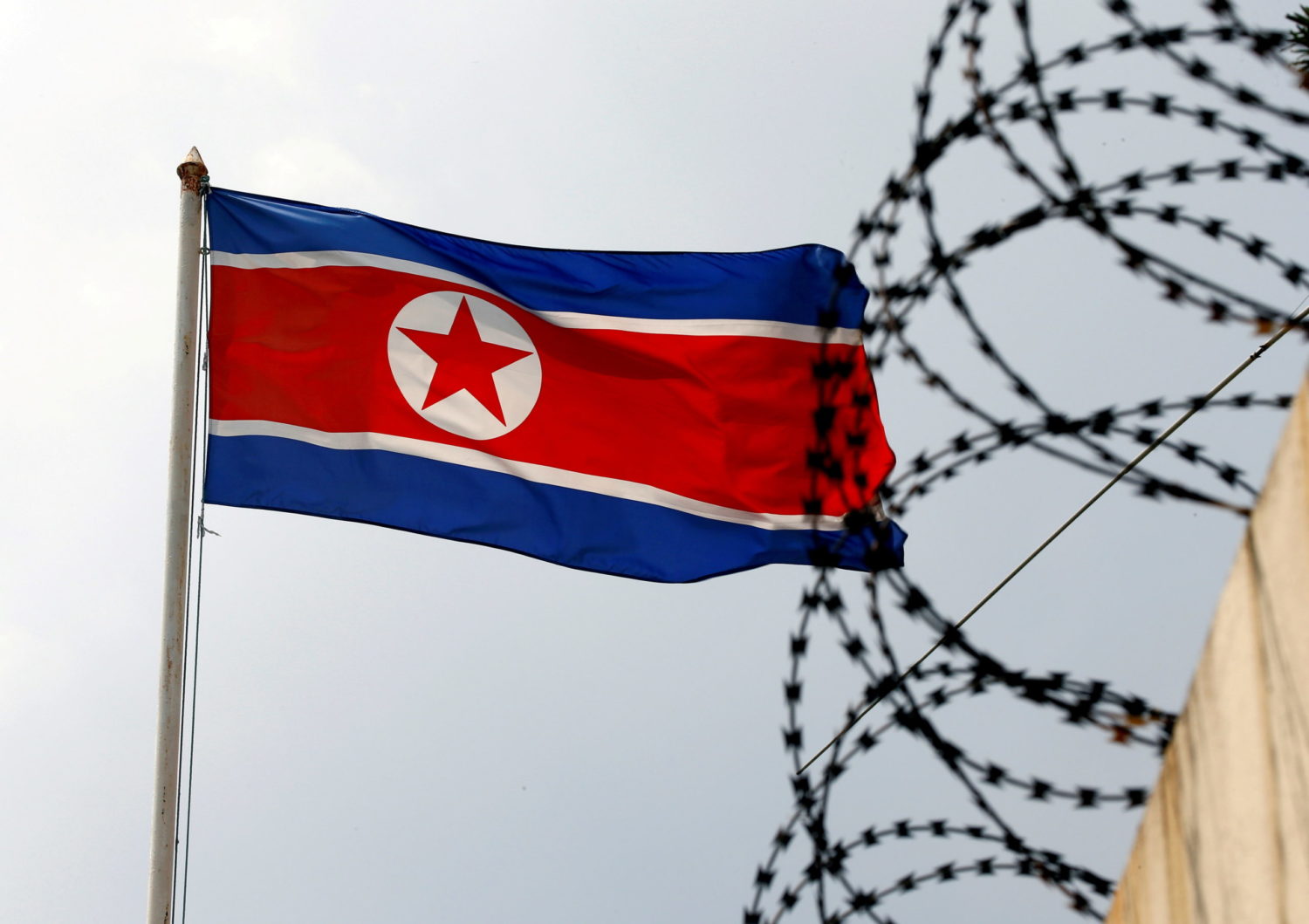 UNITED NATIONS (Reuters) – North Korea continued developing its nuclear and ballistic missile programs during the first half of 2021 in violation of international sanctions and despite the country’s worsening economic situation, according to an excerpt of a confidential United Nations report seen by Reuters on Friday.

The report by a panel of independent sanctions monitors to the U.N. Security Council North Korea sanctions committee said Pyongyang “continued to seek material and technology for these programs overseas.”

“Despite the country’s focus on its worsening economic travails, the Democratic People’s Republic of Korea continued to maintain and develop its nuclear and ballistic missile programs,” the sanctions monitors concluded.

North Korea is formally known as the Democratic People’s Republic of Korea (DPRK). North Korea’s mission to the United Nations in New York did not immediately respond to a request for comment on the U.N. report.

The isolated Asian nation imposed a strict lockdown last year amid the coronavirus pandemic that has slashed its trade and aid access, hurting an economy already burdened by international sanctions.

In June, leader Kim Jong Un said the country faced a “tense” food situation and much would depend on this year’s harvests.

“Statements made by DPRK suggested a deepening humanitarian crisis in the country, although the COVID-19 blockade means that the relative impact of sanctions on the humanitarian situation has probably decreased,” the U.N. monitors wrote.

“With trade all but stopped by the blockade, and last year’s harvest badly affected by floods, the current prospects of the wider DPRK population are poor,” they said.

North Korea has been subjected to U.N. sanctions since 2006 over its nuclear and ballistic missile programs. The Security Council has steadily strengthened sanctions in a bid to cut off funding for the programs.

Among the sanctions imposed are a ban on the export of coal and other commodities and the import of oil.

“Maritime exports from DPRK of coal and other sanctioned commodities continued, but at a much reduced level. The import of oil products reported to the panel fell substantially in the first half of the year,” according to the U.N. report.

The monitors said they were continuing to investigate North Korea’s involvement in global cyber activity and collaboration by North Korean academics and universities with scientific institutes abroad, “focusing on studies with potential applications in WMD (weapons of mass destruction) programs.”

The U.N. sanctions monitors have previously reported that North Korea has stolen hundreds of millions of dollars using cyberattacks.